One Direction's Liam Payne has revealed that he wants to make albums like Justin Timberlake and that he would love to collaborate with Nicki Minaj.

The former boybander shared that rather than make statement music like Taylor Swift's current track, Look What You Made Me Do, he is focusing on making a record like Justin Timberlake's Justified.

Speaking ahead of a gig in London Payne said: "I just don't have the statements to make.

"If the song fits the film then it's great and at the moment that's what's fitting (Swift's) film, but I'm not sure what to take from it.

"I think it's a really great song derived from some old music and that's the thing these days; people send me (my songs) and tell me it sounds like other songs and eventually that's going to happen.

"There are only so many chords and so many words you can put together, some of the best things have already been said and you want to recreate them, so naturally it happens.

"I don't really know how many statement pieces a guy like me can make, but maybe I'll have one to make in the future."

Payne, who recently became a first-time parent with Cheryl Tweedy, gave an insight onto the type of music he is making for his forthcoming debut solo album.

"As I grow up my fans are growing as well so we are all going through the same stuff.

"I go back to things like Confessions by Usher, and Justin Timberlake's Justified, I want to make that sort of an album for this generation because I don't think anyone has done it in a little while."

Payne also said that he is keen to add Nicki Minaj to his rapidly growing list of album collaborators - which most recently include Charlie Puth - adding: "She is the best female rapper in the world at the moment... I have a song that I think she could really smash, so there's a spot for her if she wants it." 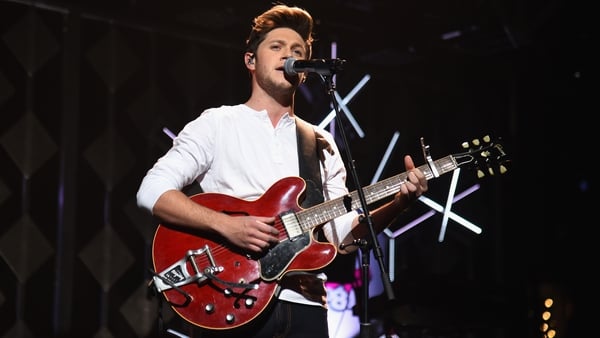