To celebrate the no.1 film in cinemas now, we have teamed up with Warner Bros. Pictures to give you the chance to win the one of a kind Annabelle: Creation record player.

We were first introduced to her by the Warrens in the 2013 global smash hit The Conjuring and she got her own movie in 2014’s Annabelle. Now we finally find out where she came from in Annabelle: Creation.

In Annabelle: Creation, several years after the tragic death of their little girl, a doll maker and his wife welcome a nun and several girls from a shuttered orphanage into their home. They soon become the target of the doll maker’s possessed creation, Annabelle

To be in with a chance to win the one of a kind record player, simply send the answer to the question below, along with your name and contact information to entertainmentonline@rte.ie with 'Annabelle' in the subject line.

Question:This actor, who portrays Samuel Mullins in Annabelle: Creation, has starred in such films as So I Married an Axe Murderer and Empire Records, and voiced a role in the hit animated feature Happy Feet. Name this actor.

Standard RTÉ competition rules apply, a copy of which is viewable here. Closing date for entries is Wednesday, August 23rd at 10am. Winners will be contacted via email. 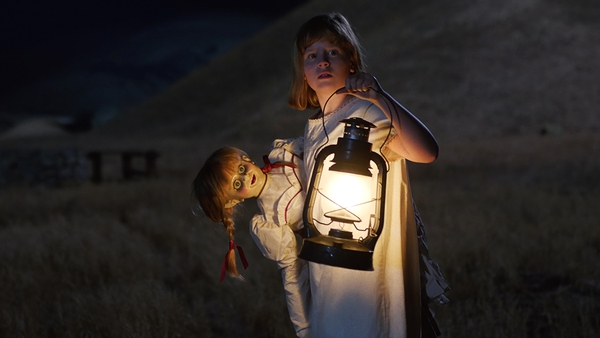