Angelina Jolie has denied using an "exploitative" casting process when recruiting Cambodian children to star in her new film about the Khmer Rouge, First They Killed My Father.

The actress and director spoke to Vanity Fair about the film and explained that while casting the leading role they used a game, described as "disturbing in its realism", which involved giving money to poor children from "orphanages, circuses and slum schools" and then taking it away to see their reaction.

She told the magazine: "Srey Moch [the girl ultimately chosen for the part] was the only child that stared at the money for a very, very long time. When she was forced to give it back, she became overwhelmed with emotion.

"All these different things came flooding back. When she was asked later what the money was for, she said her grandfather had died, and they didn't have enough money for a nice funeral."

This 'casting game' Angelina Jolie subjected impoverish children to is monstrous and should not go unnoticed. pic.twitter.com/k5F2T6Ukkk

Jolie has now clarified that that game was "a pretend exercise in an improvisation, from an actual scene in the film'' and said she is upset it was taken out of context by the writer who condemned it.

She told the Huffington Post: "Every measure was taken to ensure the safety, comfort and well-being of the children on the film starting from the auditions through production to the present.

"Parents, guardians, partner NGOs, whose job it is to care for children, and medical doctors were always on hand every day, to ensure everyone had all they needed. And above all to make sure that no one was in any way hurt by participating in the recreation of such a painful part of their country's history.

"I am upset that a pretend exercise in an improvisation, from an actual scene in the film, has been written about as if it was a real scenario. The suggestion that real money was taken from a child during an audition is false and upsetting. I would be outraged myself if this had happened.

"The point of this film is to bring attention to the horrors children face in war, and to help fight to protect them."

First They Killed My Father is set for release on Netflix in September.

In the Vanity Fair cover story, the 42-year-old Hollywood star also spoke about struggling with her health since her split from husband Brad Pitt last year. 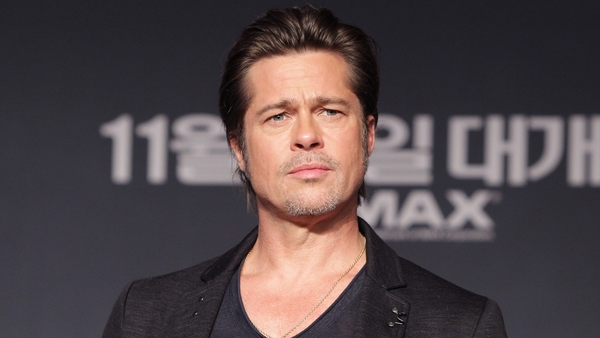 Brad Pitt admits alcohol was a problem in his marriage