Ed Sheeran has walked away from his Twitter account with fans speculating that the backlash he has received for his Game of Thrones cameo may be the reason.

The singer-songwriter had deleted the account earlier on Tuesday but it is currently online with tweets ending in April 2015.

Sheeran's description on the page reads: "I don't use this anymore, please follow me on @teddysphotos on instagram, lots of love x."

The Castle on the Hill star took his Westeros bow as a soldier in the opening episode of season seven of Game of Thrones on Sunday night in the US and, inevitably, the slings and arrows followed.

Sheeran's cameo consisted of two lines:  "It's a new one", in reference to a song that Arya Stark (played by Maisie Williams) heard him singing; and his description of King's Landing as "Worst place in the world".

Some fans of the HBO fantasy phenomenon felt that Sheeran's presence distracted from the story and were less than complimentary about his acting abilities, but others came to his defence.

#GoT Having Ed Sheeran was a abit of fun, what is with people and getting so precious over fictional TV

You think Ed Sheeran featuring in #GoT is a big deal? I remember when the Pet Shop Boys popped up in Neighbours. Now, that was huge.

I sort of feel bad for Ed Sheeran for all the hate he's getting for that #GoT cameo. Is it dumb? Yes. But still, poor guy.

Did Ed Sheeran make anyone else cringe on #GoT last night or?

When I see Ed Sheeran in Game of Thrones ! #GoT #GameOfThones pic.twitter.com/eC1S3G4NLF

ED SHEERAN?! This show has reached its peak #GoT

Seriously tho, Ed Sheeran's #GoT cameo would've been less subtle if he'd leaned out of the TV & headbutted you.

Why is the Shape of Ed Sheeran infiltrating my #GameOfThrones #got really???? pic.twitter.com/1zbUG957Af

People going on about hating Ed Sheeran  on #GoT & the new doctor who - you'd be much happier if you stopped talking about it.

Sheeran recently told British newspaper The Sun that he had "come off Twitter completely" following the abuse he had received online.

"I go on it and there's nothing but people saying mean things. Twitter's a platform for that," he said.

"The head-f*** for me has been trying to work out why people dislike me so much."

In other Sheeran cameo news, he is voicing the character of a musician on The Simpsons.

Entertainment Weekly, which first reported the story, says Sheeran's character, Brendan, will star in the episode Haw-Haw Land in the upcoming 29th season and will be a love interest for Lisa.

"He keeps alternating [between], 'You're not that great, but you could be fantastic', and she keeps falling for him because of his talent," The Simpsons executive producer Al Jean told Entertainment Weekly. 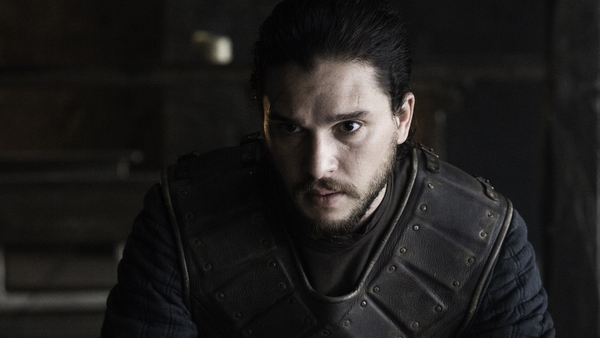