Author Michael Bond, the creator of the iconic Paddington bear, has died after a short illness. He was 91.

Announcing the writer's passing, Ann-Janine Murtagh, executive publisher at HarperCollins Children's Books, said: "I feel privileged to have been Michael Bond's publisher - he was a true gentleman, a bon viveur, the most entertaining company and the most enchanting of writers."

"He will be forever remembered for his creation of the iconic Paddington, with his duffle coat and Wellington boots, which touched my own heart as a child and will live on in the hearts of future generations," Murtagh continued.

"My thoughts and love are with his wife, Sue, and his children Karen and Anthony."

Speaking to the Press Association in 2014 about how Paddington had come to life, Bond said he had his light bulb moment while looking for a small gift for his wife's Christmas stocking on London's Oxford Street on Christmas Eve.

"There was this one bear sitting on the shelf and I felt sorry for him," he said.

"Someone once said, 'A doll's always wondering what they're going to wear next, but there's something about a bear - you feel you can tell it your secrets and it won't give them away'."

In total, Bond wrote 150 books in his lengthy career, including adult detective novels and a guide to Paris.

But it will be for his duffle coat-wearing hero that he will be best remembered. Paddington became a stalwart of British television with his own animated BBC series in 1975 and made it to the big screen in a 2014 box office hit with Ben Whishaw voicing the titular hero.

The sequel, Paddington 2, which stars Irish actor Brendan Gleeson, will be released in cinemas on November 10.

Fans have been paying tribute on social media:

RIP Michael Bond.
You made 5.55 PM on BBC1 great. pic.twitter.com/X9K9eNJlcd

So sorry to hear that Michael Bond has departed. He was as kindly, dignified, charming & lovable as the immortal Paddington Bear he gave us 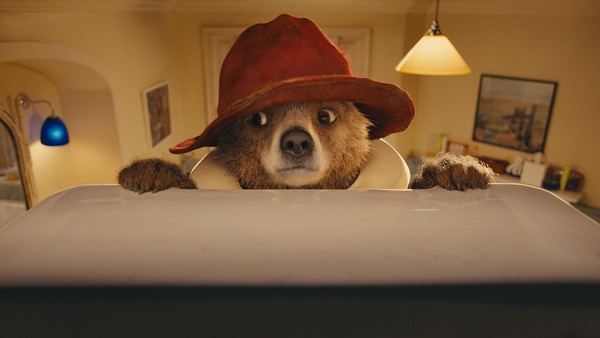