Be still our beating hearts. Niall Horan has confirmed that his debut solo album, which he is yet to name, will be out later this year.

We may be a little bit bias, but Niall Horan's Slow Hands is our favourite solo single from the One Direction lads so far, with Harry Styles coming in a close second.

While we didn't lurve his first release This Town as much, we have high-hopes for his solo album - if he continues with the jaunty, flirty sound of his Slow Hands.

And it seems we won't have to wait too much longer, as Horan has confirmed that he has finished recording his debut offering and plans to send it out into the world later this year.

Speaking on Lorraine Horan said: ''Hopefully the album will be later this year. I'm still trying to come up with the name, we've only recently just finished recording it.''

Horan also stressed that there is no competition among his One Direction band mates as they are all releasing different styles of music.

He said: ''It's great actually, we enjoy it and watching everyone else think that we're rivals - I think it's great because there's room for everyone. And if we were all releasing the same type of songs then that'd be weird, but we're all releasing completely different types of music which is great.''

Last weekend Horan sang at  Ariana Grande's One Love Manchester fundraising concert for the victims of Manchester City attack on May 22.

Speaking about the event Horan said : ''I was a bit nervous going on because Robbie [Williams] had just sung Angels and emotions were high and stuff like that, and whenever I looked at the crowd I caught someone's eye that was crying so I tried to look away...

''At one stage, there was a big circle in the middle of the crowd and the policemen were dancing around with all the kids and it was unbelievable to watch... the whole day. I'm just so glad I was there.'' 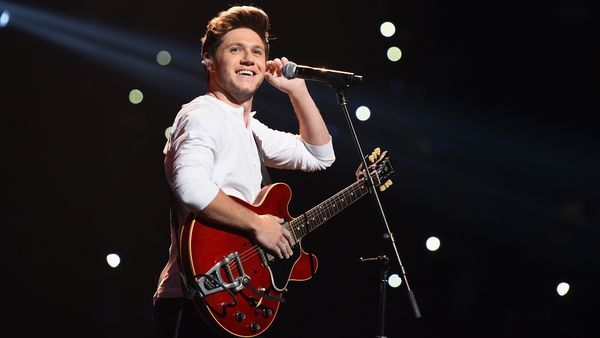