The American singer Ariana Grande has paid a surprise visit to fans who were injured in the suicide bomb attack at her concert at the Manchester Arena last month.

The 23-year-old star, who has returned to the city for the One Love Manchester benefit concert on Sunday, visited young fans at the Royal Manchester Children's Hospital on Friday and brought gifts.

Twenty-two people died and dozens were injured in the bomb attack at Grande's concert on May 22, with the singer subsequently pledging to return to the "incredibly brave" city to "spend time with my fans and to have a benefit concert in honour of and to raise money for the victims and their families".

Peter Mann, whose 10-year-old daughter Jaden Farrell-Mann was badly injured in the attack, wrote of Grande's hospital visit: "This means more to us than all the amazing things people have done this week.

"So happy she came I could burst. Never seen Jaden so happy; even cried again myself."

Tonight's visit from @ArianaGrande was amazing. Just the lift all the kids (and parents) needed! What an absolute angel ?? pic.twitter.com/TD9tHvTDeu

Speaking on BBC Breakfast on Saturday, Adam Harrison, whose daughter Lily was injured in the bomb attack, said Grande's visit had given her recovery a big boost.

"Since last night she's just on Cloud Nine," he said. "She's chomping at the bit for tomorrow to come now - she's really excited."

The father of Lily Harrison, hurt in the Manchester attack, on @ArianaGrande visiting his daughter in hospital https://t.co/iPD50E8ykC pic.twitter.com/wZpEnfe9jo

Grande also met the family of Martyn Hett, who died in the bomb attack.

endless respect to @ArianaGrande for coming back to our city and meeting my family and so many others. (I couldn't be there, babies etc) pic.twitter.com/UgZ8nZ39fR

RTÉ 2FM will broadcast Grande's One Love Manchester benefit concert live from the Old Trafford cricket ground on Sunday, with other performers on the night including Niall Horan, Katy Perry and Coldplay. 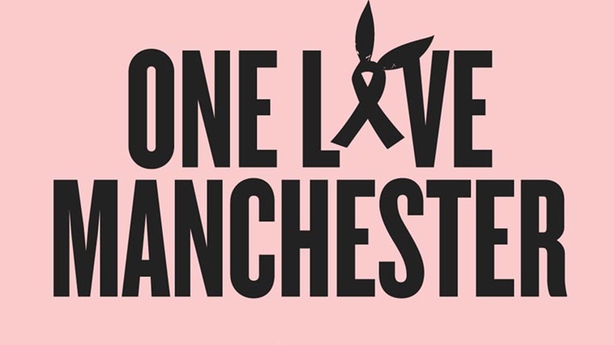 2FM's Nicky Byrne will host the whole show on air from 6pm on June 4, while television viewers can tune in to BBC One from 6.55pm. The concert will be broadcast in over 50 countries around the world.