Coronation Street is to pay tribute to the victims of the Manchester bomb attack by dedicating a bench to their memory on the show's set.

The news follows tweets from the ITV soap in support of the attack victims and the show's hometown.

We will be dedicating a bench on the Coronation Street set to remember everyone affected by the Manchester bombing: https://t.co/hBum7FUJf4 pic.twitter.com/WCVkDacKgo

Among the 22 people killed in the suicide bombing at the Ariana Grande concert at the Manchester Arena on Monday was Martyn Hett. He was one of Coronation Street's biggest fans and famously had a tattoo of Corrie character Deirdre Barlow, who was played by the late Anne Kirkbride.

"In memory of our friend Martyn Hett and all the victims of the Manchester bombing on Monday night we will be dedicating a bench on the Coronation Street set to remember everyone affected by the atrocity," ITV said in a statement.

Our heartfelt condolences to the family and friends of Coronation Street Superfan @martynhett♥️#WeStandTogether https://t.co/P88p593kvb

"The dedication will be planned in the coming weeks following an outpouring of affection for 29-year-old Corrie superfan Martyn and all those who lost their lives and have been injured following the Manchester Arena bombing."

ITV added that the bench would be "positioned in the new extension to the Coronation Street set which is in the early stages of construction at the programme's Trafford site".

Its inscription will read: "For Martyn and all those who lost their lives on May 22 2017. We Stand Together."

Coronation Street star Sally Dynevor, who plays Sally Webster, has paid an emotional tribute to all those who helped in the aftermath of the attack.

"We have to think about all the wonderful people and the things they have done," she told TV show Good Morning Britain.

"Love has to come through this, not hate." 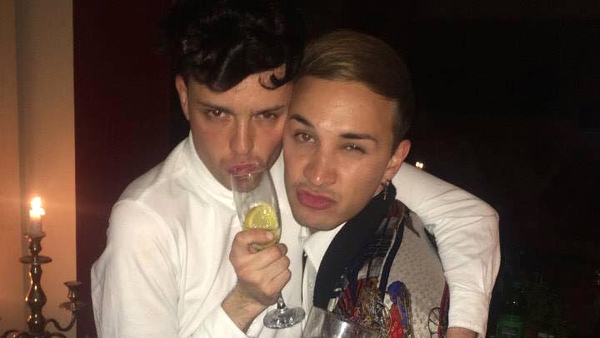