After stating that he has no plans to make a documentary about Donald Trump, maverick filmmaker and Oscar-winner Michael Moore has revealed that he has been secretly filming a new film about the US President.

Fahrenheit 11/9, a reference to the date Trump was confirmed as the new president after his shock victory last November and also a play on the title of Moore’s Oscar-winning Fahrenheit 9/11, will see the director reunite with producer Harvey Weinstein.

Yes. I'm making a movie to get us out of this mess.  https://t.co/2lEtyPraKr

"No matter what you throw at him, it hasn’t worked," Moore said. "No matter what is revealed, he remains standing. Facts, reality, brains cannot defeat him. Even when he commits a self-inflicted wound, he gets up the next morning and keeps going and tweeting. That all ends with this movie."

In a statement, Weinstein, who produced the George W Bush/Iraq War documentary Fahrenheit 9/11, said: "There is no greater part of what we can do right now than to have the power to bring Michael Moore to a mass audience."

"This movie will have one of the most innovative distribution plans ever. Now more than ever, Michael’s appetite for the truth is crucial. We are ecstatic to be a part of this revolution."

An outspoken critic of Trump, Moore predicted the property magnet and reality TV star’s victory last year despite polls and pundits which indicated that Democratic Party candidate Hilary Clinton would win the election.

Fahrenheit 11/9 has reportedly been in production for months and will be Moore’s first full-length film about President Trump following Moore’s one man show TrumpLand and his upcoming Broadway show The Terms of My Surrender.

Last year, Moore told RTÉ Entertainment that the best way Ireland could deal with Trump if the President comes to visit was to use humour against him.

Moore's last film, Where to Invade Next, was a humorous polemic on what the United States can learn from other countries. 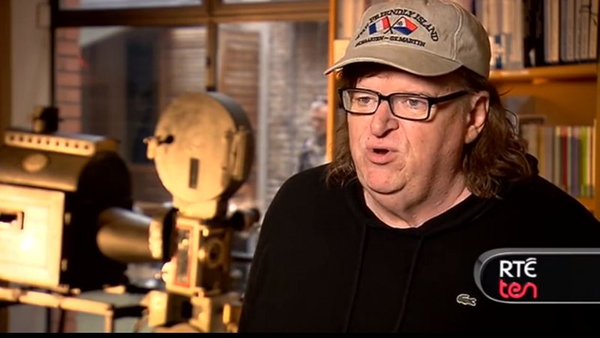 Michael Moore urges Irish to use humour on Trump