Michael Moore subverts the unfair cliché of the large, loudmouth American “doing” Europe in his grand tour of the Old World. It’s his most optimistic film yet. Just don’t expect any balance

In the lead up to two frankly scary global events - the US Presidential Election and the UK’s possible exit from the EU - king of glib Michael Moore mounts a one-man “invasion” of Yurp to “steal” our progressive policies in education, crime, health and employment conditions and bring them back to the good ‘ol US of A.

He presents a new departure in American foreign policy; one not motivated by oil but all about improving the lot of his embattled and broken countrymen with a dose of European liberté, égalité, fraternité. Where to Invade Next is a great slice of playful polemic and ever the humorist, Moore does not let up on arch jokes and sly asides on his whirlwind whip around France, Germany, Italy, Finland, Slovenia, Iceland and Tunisia. 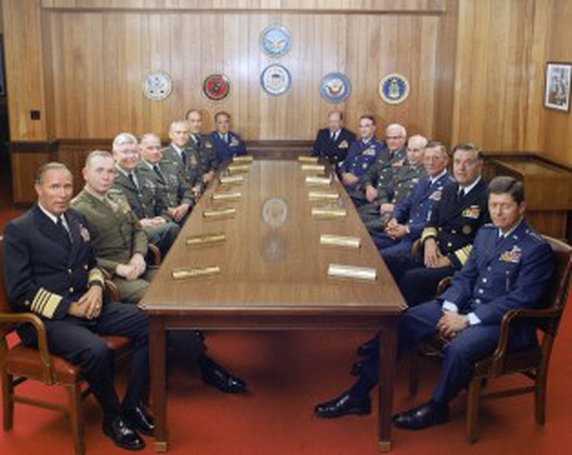 As usual he does a better job of spanking the yank than most oinky-nosed French or grumbling Paddies. His supercilious sad rage at his home country is still intact but this is a light-hearted sort of grand tour. Europe is presented as some sort of humanist Elysium and, as ever with Moore, inconvenient truths that do not slot neatly into his smoothly delivered narrative are blithely ignored. But as he says from the outset, he is picking the flowers not the weeds.

We learn that those cheese-eating surrender monkeys in France enjoy high cuisine for their school dinners and when Moore shows the primary level French kids pictures of what’s served up in American High School cafeterias, the mini gourmets recoil in horror. His visit to a low to no security prison in Norway will have Trump supporters levitating in their cinema seats and he feigns shock when he learns about Italy’s policy of seven weeks paid holidays a year. Moore promptly plants his US flag in the living room of a young married Italian couple and claims the policy for the US. 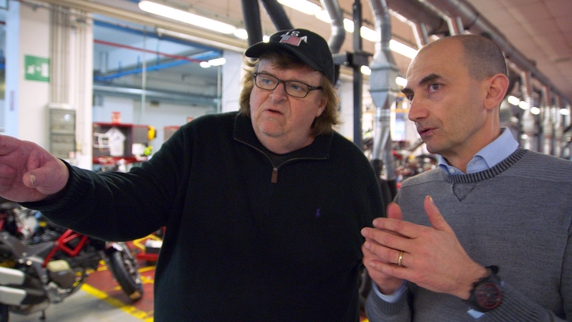 Moore hears about working conditions in a Ducati factory in Italy

The more serious side of the film, and the one which recalls more brutal and angry polemics like Bowling for Columbine and Fahrenheit 911, emerges on Moore's visits to Iceland where he hears about zero tolerance of marauding bankers and Tunisia where female leadership has been the key to transition from dictatorship to democratic governance.

Moore employs his usual arch pop culture references - there’s a neat use of footage from the Wizard of Oz and old gung ho US army propaganda films. Shots of hulking US aircraft carriers are intercut with images of cherubic European kids and beautiful young married couples frolicking in the sea on one of their three annual holidays. 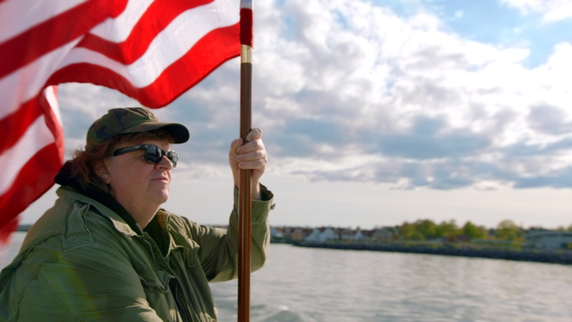 You may end up under the blissful misapprehension that we here in Ireland are living on the periphery of some enlightened utopia full of contented and productive citizens facing into a bright and wonderful future instead of the corrosive rise of the far right and the possible breakup of the EU. But this is Michael Moore and if Where to Invade Next isn’t exactly forensic it is funny and thought-provoking.

And no, Moore does not come to Ireland - if he did his whole thesis about Europe would more than likely fall apart the second he set foot on Irish tarmac.