EastEnders star Shane Richie has said there are more "dark secrets" in the soap's new Irish companion series Redwater than fans have ever seen in Albert Square.

Redwater, which begins on RTÉ One this Sunday at 9.30pm, tells the story of what happens when EastEnders stalwarts Kat (Jessie Wallace) and Alfie Moon (Richie) visit the Kellys and Dolans in the fictional Irish village of Redwater in search of Kat's long-lost son.

While Richie has described the village of Redwater as "a wonderful community and not a million miles away from Walford", he added that, behind closed doors, there are lots of skeletons in lots of closets.

"If you thought that EastEnders had some dark secrets, they're nothing compared to Redwater," he told the BBC ahead of the show's premiere on BBC One on Thursday May 18.

"Kat and Alfie are dropped in the middle of this great big family feud that's being going on for years.

"It's a bit like Brigadoon, the mist comes in and out - every time it comes in it leaves another secret, and when it goes out in it dumps its dirty laundry right there on the beach for everyone to see."

Richie teased that, in time-honoured fashion, Alfie is also keeping something from Kat during their Irish sojourn.

"The drama is very mythical, there's something magical here," he said. "Meanwhile, he's trying to deal with his problems on his own, which is very Alfie."

Richie spoke at length on the Ray D'Arcy Show on RTÉ One and RTÉ Radio 1 recently about the fun he had filming Redwater in Dunmore East, describing it as the "best time ever".

"I hope when this goes out it will certainly put Dunmore East on the map," he told the BBC. "I just hope it runs and runs and Redwater goes on forever." 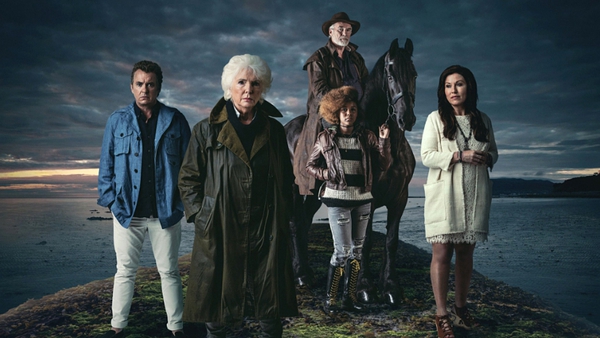