Lawyers representing former Spice Girl Mel B have claimed that her estranged husband Stephen Belafonte tried to kill her after she swallowed a bottle of pain killers in 2014.

Susan Wiesner, who is one of the lawyers representing Brown at a court hearing in LA, said: "Mr Belafonte actually tried to kill her. When she was so distraught she took a bottle of aspirin and Mr Belafonte would not allow her to get help. She tried to get help and he shut the door."

The Press Association reports that Larry Bakman, who is also representing Brown, said he has "devastating" allegations about Belafonte, including that he choked Brown and hit her in the face. "That abuse occurred while the kids were present in the residence." he said.

Belafonte’s lawyer Ms Grace Jamra, said the allegations are part of "an ongoing smear campaign". She added: "Mother Teresa does not marry Attila the Hun."

Belafonte appeared at Los Angeles Superior Court on Monday after the ex-Spice Girl was granted a temporary restraining order against him over claims of domestic abuse.

The singer - whose full name is Melanie Brown - was not in court for the hearing ahead of a divorce trial which is expected to take place later this year.

Addressing the judge, Brown's lawyer Larry Bakman said: "We are developing new evidence against Mr Belafonte each and every day with respect to . . . the use of assets for various illegal nefarious activities."

"He's a convicted domestic violence offender and we have credible evidence that he had a firearm in his possession which is against federal law," he said.

Mr Bakman said he expected a divorce trial to take at least 10 to 15 days as 20 witnesses had come forward and "that witness list is growing daily".

Ms Jamra told the court: "We're not going to address evidence that is being developed or fabricated or manufactured."

She said Belafonte had already gone three weeks without contact with his five-year-daughter Madison after Brown was granted sole custody.

The ex-Spice Girl was granted a temporary restraining order earlier this month over claims Stephen Belafonte subjected her to years of physical and emotional abuse.

In court papers, the 41-year-old said she was the victim of "multiple physical beatings" at the hands of Belafonte and he threatened to "destroy" her career by releasing sex tapes of her.

Lawyers for Belafonte have branded the allegations "outrageous and unfounded", and "nothing more than a smear campaign".

Brown, who is now a judge on America's Got Talent, married film producer Belafonte in Las Vegas in June 2007.

In court papers, the 41-year-old singer - whose full name is Melanie Brown - said she was the victim of "multiple physical beatings" at the hands of Belafonte and he threatened to "destroy" her career by releasing sex tapes of her.

In her request for a restraining order on April 3, Brown described Belafonte as a "large, extremely aggressive, hostile and violent individual" who was "controlling, manipulative and abusive".

She claimed she was repeatedly attacked by her husband, including while she worked on Australia's X Factor and after she performed with the Spice Girls at the London 2012 Olympics closing ceremony.

The alleged abuse led to her swallowing an entire bottle of painkillers in 2014 when she was a judge on The X Factor in the UK, Brown said.

She also claimed she tried to leave Belafonte after their first year of marriage but that he threatened to release "videos of our sex life and other private moments" to the tabloids.

"I have lived the past decade in fear that (Belafonte) would release intimate videos of me that would embarrass me and damage my reputation and career," she said.

Belafonte's legal team has said he "vehemently" denies the allegations against him.

In a statement, his lawyers added: "When the degree to which Ms Brown has gone to create a false depiction of her marriage to Mr Belafonte is uncovered, real victims and survivors of domestic violence and sexual abuse will be understandably offended, angry and upset."

Brown has also been granted sole custody of their five-year-old daughter Madison.

The singer, who is now a judge on America's Got Talent, married film producer Belafonte in Las Vegas in June 2007.

She filed for divorce on March 20 citing "irreconcilable differences". 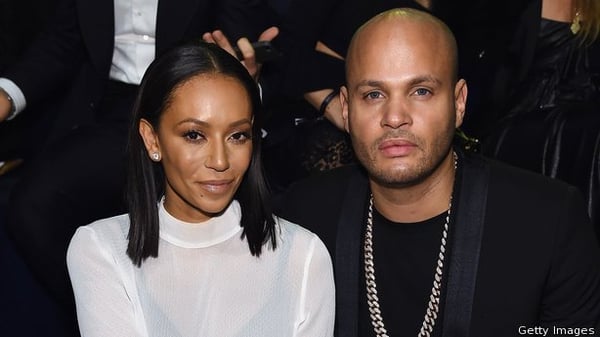 Cowell says Mel B is `astonishing' in her coping skills Entertainment