The sporting legend worked on-set choreographing the rugby sequences in the coming-of-age story.

Butler's follow-up to his hit comedy The Stag is set in a "rugby-mad boarding school" in South Dublin.

It tells the story of what happens when outsider Ned (Fionn O'Shea) and star player Conor (Nicholas Galitzine) are forced to share a room. The cast of the film also includes O'Driscoll's wife, actress Amy Huberman.

"We needed a choreographer for the rugby because we needed to be able to run the same move seven or eight times and to have the camera in different positions and to match it," Butler explained to RTÉ Entertainment this week.

"In any film that has a sports element, or is a sports film, the sport itself has to check out or the film doesn't work."

"We were looking for a coach and the production is a good friend of Amy, and so we thought that maybe we could try and get Brian," he continued.

Butler said that working with the Ireland and Leinster legend had been "incredible", and a big part of the reason why the rugby scenes in Handsome Devil work so well.

"Apart from all his intelligence and his understanding of the practicalities, when he walks on to a field with 35 unruly 19-year-old rugby players they're going to listen to him.

"Let's be honest, they're not going to listen to me! I had a hard enough time getting these guys [the lead actors] listen to me!"

"Brian was fantastic, gave us his time and helped us run all the moves and everybody remembered them and they were able to come out four weeks later and run them without a hitch," Butler added.

"So a great debt of gratitude to him for what we have to call 'the choreography'!"

BOD himself has been very modest about his own role in the movie - but told us on Twitter that he's clearly delighted with how the film turned out. 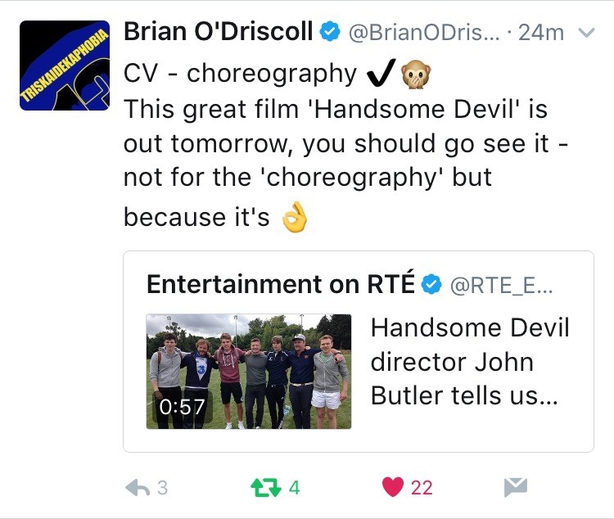 Handsome Devil is in cinemas from Friday. 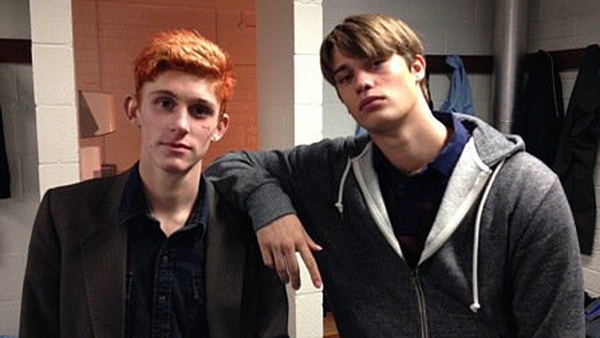 The Stag director goes back to school to get us talking