Ronan Keating will be hoping to have listeners loving each day when he becomes the host of his own breakfast show on UK radio later this year.

The Boyzone singer-turned-solo star has lined up guests including Rick Astley, Melanie C and former Great British Bake Off presenter Mel Giedroyc for his new show on Magic Radio alongside co-presenter Harriet Scott.

"We'll make sure you get the perfect start to your day with plenty of laughs, and all the songs you love," he promised.

Keating has recently been seen on cinema screens in the World War II drama Another Mother's Son. He previously appeared on the West End stage in the musical Once and made his lead film debut in 2013's Goddess.

The Dubliner and his wife Storm are expecting their first child together, having first shared their happy news in December.

In an interview on ITV talk show Loose Women in February, Keating said he was "bursting" with excitement about the new arrival.

He is already father to Jack, Missy and Ali from his marriage to Yvonne Connolly. The singer told the Loose Women panel that his children, who were best man and bridesmaids at his wedding to Storm in August 2015, cannot wait to meet their new sibling. 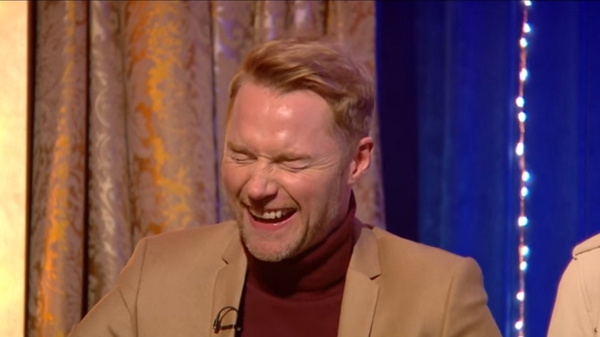