It has been a long time coming but Colin Farrell is set to finally make a movie with Liam Neeson when he joins the Ballymena man and Oscar winner Viola Davis in the heist thriller Widows.

The US film trade publication Variety, which first reported the story, says Widows is based on the 1980s ITV series of the same name, which was created and written by Prime Suspect author Lynda La Plante.

It followed the widows of a gang of armed robbers who team up to finish the heist in which their husbands lost their lives. Farrell will play a politician who somehow finds himself embroiled in the widows' plan.

The cast of the film also includes Fast & Furious star Michelle Rodriguez, Moonlight's Andre Holland and Daniel Kaluuya, the actor who stars in the current box office horror hit Get Out.

Farrell recently signed up to star in the live-action remake of Disney's Dumbo and Variety says the production on that movie has been pushed back a month so he can make Widows.

Widows adds to what was an already jam-packed schedule for the Dublin actor. He has recently finished filming the crime-drama Inner City with Denzel Washington and is also set to reunite with The Lobster director Yorgos Lanthimos for a new Amazon series about former US Marines Lieutenant-Colonel Oliver North and the Iran-Contra arms scandal of the 1980s.

His next film in cinemas will be The Beguiled, a remake of the 1971 Clint Eastwood-starring classic, which opens in cinemas on June 23.

Neeson will next be seen in the thriller The Commuter, which reunites him with Run All Night and Non-Stop director Jaume Collet-Serra. It opens on January 19, 2018.

He is also set to play iconic private eye Philip Marlowe in the noir thriller Marlowe, which is based on the Benjamin Black/John Banville book The Black-Eyed Blonde.

Staying close to home, Neeson will reunite with Michael Collins and Breakfast on Pluto director Neil Jordan for The Trainer, which is due to film in Ireland this summer. The drama tells the story of a grief-stricken champion horse trainer whose life is turned around by a young refugee and a potential race-winner. 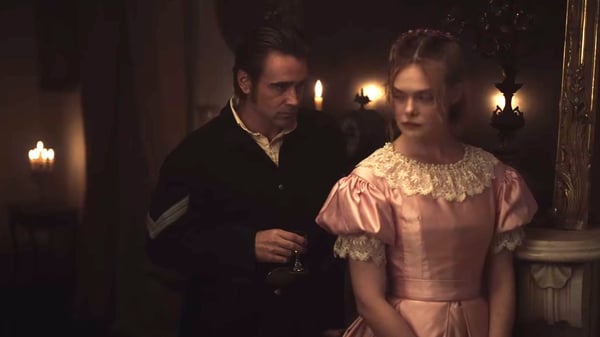