Cillian Murphy thinks modern action movies are paying too much attention to technology and believes mobile phones have "destroyed storytelling".

The 40-year-old Irish actor stars in Ben Wheatley's new thriller Free Fire which is set in Boston in 1978 and he insists he loves how that particular decade was free from technology.

''Mobile phones have destroyed storytelling - you have to write in that his batteries failed or cut in a line saying, 'No signal! What's happening?'''

Murphy also told the Metro newspaper that he enjoyed growing a moustache for his role as a gangster in the new movie.

''Photographically, with the clothes and hair and soundtrack, the 1970s is a no brainer. I think everyone went off and cultivated their facial hair. I grew mine. Guys looked like that in the 70s.''

The film tells the story of Justine (Larson), who brokers an ill-fated arms deal involving two Irishmen (Murphy and Smiley) and two gang members (District 9's Sharlto Copley and The Social Network's Armie Hammer) in a warehouse. Finger-pointing is the least of their worries.

Last year, Free Fire was the subject of a bidding war at the American Film Market, the annual event in Santa Monica, California where new productions are financed and sold.

Murphy, who is best-known for his roles as Tommy Shelby in Peaky Blinders and as Scarecrow in Batman Begins, says he still can't quite get his head around the attention that comes with his TV roles.

''Television does that, it wipes the slate clean. Because it's beamed into people's rooms, you become like people's best friend or something.

"They start giving you advice - when it was a question of who I was going to marry in one cliffhanger, people were saying, 'Don't marry her, marry her!' It's nice but when people start dressing like the character and getting the same haircut, it's a bit mad.''

It was recently announced that filming on the fourth season of Peaky Blinders has begun filming in Birmingham while a fifth series of the 1920s-era drama has also been commissioned. 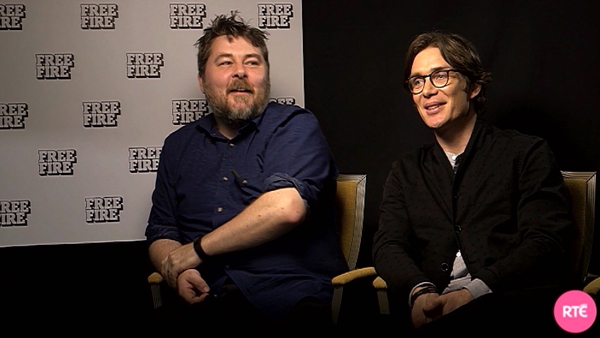