Actor and director Ben Affleck has said he has recently received treatment for "alcohol addiction", describing it as "the first of many steps being taken towards a positive recovery".

The double Oscar winner shared the news in a Facebook post, writing: "I have completed treatment for alcohol addiction; something I've dealt with in the past and will continue to confront."

Affleck continued that he wants to "live life to the fullest and be the best father I can be".

"I want my kids to know there is no shame in getting help when you need it, and to be a source of strength for anyone out there who needs help but is afraid to take the first step," he said.

The Batman v Superman star paid tribute to his family and friends for their support, including wife Jennifer Garner, from whom he separated in 2015. Last week it was reported that Garner had called off her divorce to Affleck, with a source claiming the stars were "giving things another try".

Describing Garner as his "co-parent", Affleck said she had supported him and cared for their children - Violet (11), Seraphina (eight) and Samuel (five) - "as I've done the work I set out to do".

"This was the first of many steps being taken towards a positive recovery," he concluded.

Affleck's most recent film, the gangster thriller Live by Night, saw him direct, star in, write and produce the adaptation of Dennis Lehane's best-selling book.

Despite much hype, the film flopped at the box office with movie studio Warner Bros reportedly taking a $75m hit.

Live by Night had been eagerly-awaited by movie fans after Affleck's Oscar-winning Argo, but his finished film tried to cram too much into its two hours and did not do justice to the complexities of author Lehane's source novel.

Affleck's next film sees him reprise his role as Batman for the superhero ensemble adventure Justice League. It opens in cinemas on November 17. 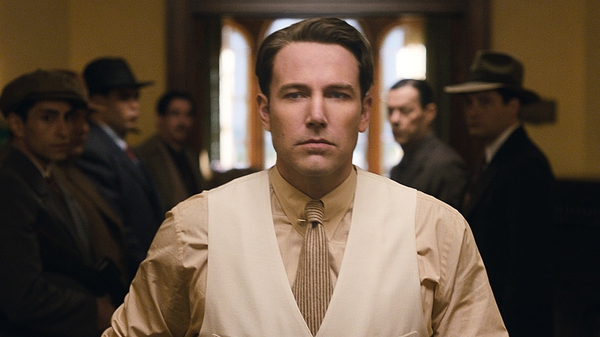