Kim Kardashian has filmed a cameo appearance for the upcoming all-female heist caper, Ocean's Eight, which centres on a jewellery robbery - just months after she was the victim of a robbery herself.

The reality TV star was spotted filming scenes for the fourth instalment of the Ocean's franchise, alongside her half-sister Kendall Jenner.

It is thought Kylie Jenner will also make an appearance in the star-studded film which boasts an A-list cast including Sandra Bullock, Cate Blanchett, Anne Hathaway and Rihanna.

Kardashian will reportedly appear in scenes set at the movie's take on the annual Met Gala in New York City, one of the highlights of the fashion calendar.

Part of the film's plot centres on a jewellery heist at the event, which is always attended by a host of high profile celebrities.

The news of Kardashian's involvement in the project comes just months after she was held at gunpoint and robbed of $10 million worth of jewellery in Paris.

Thieves wearing ski masks and clothes with police markings burst into the luxury property where Kardashian was sleeping in the early hours of October 3 while she visited the city for Paris fashion week.

Last week it was reported that four suspects have been charged in connection with the robbery. One of those arrested as part of the investigation, was the chauffeur who drove the American reality television star around Paris in the days before the robbery.

In a recently released trailer for her reality series Keeping up with the Kardashians, an emotional Kardashian broke her silence about her ordeal.

After a pause in filming, the series is due to return in March. 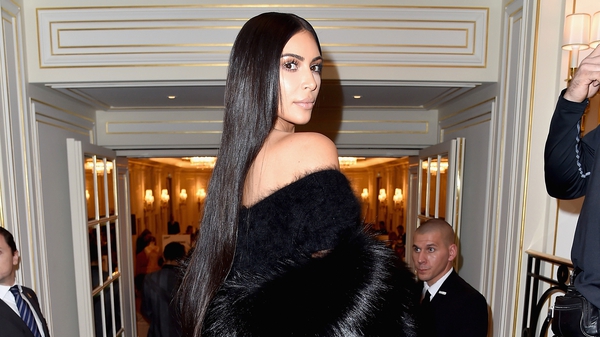 Arrests made in Kardashian robbery case