More than 1000 young technology innovators worldwide are busy coding to prepare for Coolest Projects International 2019, the world’s leading technology fair for young people, taking place in Dublin in May.

Coolest Projects takes place in Ireland every year, organised by the team behind CoderDojo, the global, volunteer-led movement of extra-curricular coding clubs for young people that began in Ireland.

An international event to bring together a current total of over 2000 clubs in 114 countries around the world, Coolest Projects is a yearly celebration of young people who love getting creative with tech.

And with May just three months away, young techies everywhere are preparing to show off their incredible coding skills on a global stage. 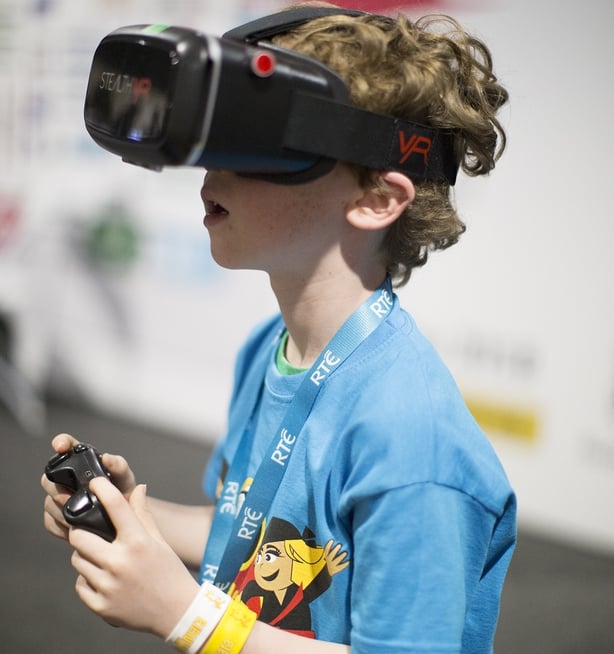 Raising a generation of tech enthusiasts

Why are so many kids into coding? Computer programming is a hugely fun and accessible outlet for young people’s creativity, worlds away from the stereotypes that people sometimes associate with it.

From designing their own websites about topics that are important to them or building fun games to share with their friends, to seeing their computer programs translate into real-life action through robots and other hardware, children who are learning to code come to understand what technology is in a way that is constructive rather than passive. They become able to make their own tools, toys, and inventions while learning an invaluable lifelong skill.

And time spent deciding and creating what appears on their screens, instead of just using tech made by other people, can be hugely beneficial to a child’s development. According to research conducted by the Raspberry Pi Foundation, participating in Coolest Projects builds children’s confidence and teaches them how to solve problems, work in teams, and develop new skills while progressing towards an ambitious goal.

"Negotiating between the idea or problem, the technology to use, and the skills required is key to a successful project, " the report said. 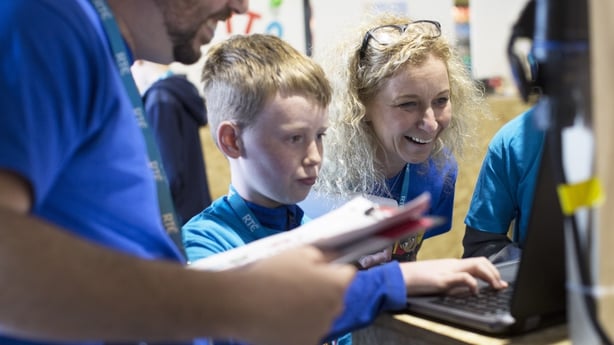 Inventions of a young coder

So what kind of things do kids invent when given the chance?

The answers range from playful creations to inventions that have a social impact. And often kids’ projects are both of these things at once.

Last year, Coolest Projects saw over 700 inventions from 1000 kids who had travelled from all across the globe, from France to Argentina.

Romanian team of four, Andrei, Ioana, David, and Bianca from Timișoara, won the Best International Prize for their project AZ-Tech Teddy. They developed their e-health project — a teddy for a child to feed and take care of — to help tackle childhood obesity. Children playing with the teddy bear need to track its eating habits carefully, which could help them learn to pay closer attention to what they themselves eat, the young coders believe.

Adriana from Cork won the Best Education & Learning prize for her project Wonder Fair. Through her project, people can explore what it might be like to have learning or physical differences, which Adriana hopes will help them to be kinder to others.

Freddie from Wales won the Openet Innovator Prize for his facial recognition door entry system designed for people with dementia. Describing the project, he said "‘Safe’ people could register their face so that when they come to the door they will be recognised. The system would then tell the homeowner who is at the door and whether to let them in or not." 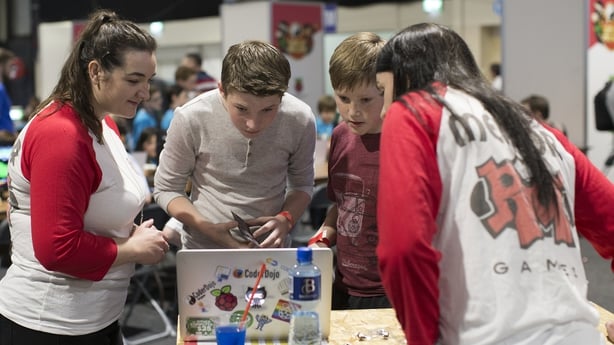 Come and play this May Bank Holiday Sunday

Nearly 10,000 people walked the stalls of the RDS exploring the inventions of young coders last year, and this year promises to be just as busy.

The event will take place on Bank Holiday Sunday 5 May in the RDS Main Hall. Members of the public can get free tickets, and young coders who would like to showcase what they’re working on have until 15 April to register their invention ideas.

"Anyone and everyone is welcome," says Rosa Langhammer, coordinator of Coolest Projects and General Manager at the CoderDojo Foundation.

"Any project idea, any skill level or technology, from young people of any age up to 18 — all youth can showcase their projects, and anyone can come along and see them", she says.

"The aim of the event is to celebrate the creativity of young people, as well as show them the power of technology to change the world." 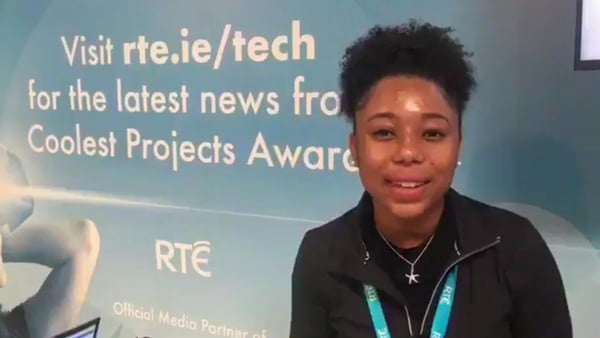