An unnamed narrator lives in a small village by a Norwegian fjord and decides to write his stream-of consciousness account almost in anti-style. He is untutored in the whole business – no creative writing classes for him, I’m afraid – his story is repetitive, with mantra-like phrasing. It's a faintly deranged tale of passion, told as though by one of Patrick McCabe’s loquacious protagonists.

Forget the conventions of literature, the man’s story spills out without apparent revision, demotic, raw, tormented. Thus the freedom of the First Person narrative and that lack of economy that marks the novice writer contributes to a spooky feel as certain elemental words to with male inarticulacy get repeated. A restlessness has come over me, he writes. I can feel a restlessness. Or: I write to keep the restlessness at bay, but it only becomes bigger.

His boyhood friend, Knut, is now a music teacher whom he hasn’t seen for over ten years returns to the village, accompanied by his wife and two children. Our narrator meets them on the road and there is a tentative air about the reunion, a cold breeze of caution blows in from the fjord. Inelegant he may be in prose, but the novice story-teller can draw the weather into his inclement tale. The rain increases, the wind becomes stronger, and the waves that roll against the shore become more pronounced. The evening becomes blacker.

The day after Knut’s arrival home, the narrator meets Knut’s wife when they are both out fishing and something almost impalpable passes between them. It is indeed the first glint of a visceral attraction that will build in intensity throughout the 116-page novella. He writes repeatedly of her yellow rain jacket, her blue denim jacket, her black hair. 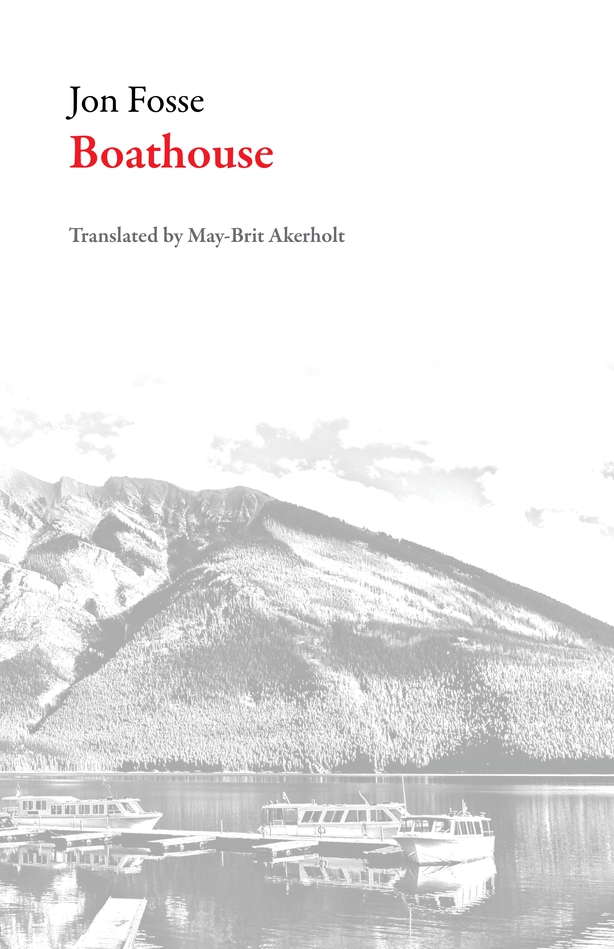 Since the tragic events that he is recounting have unfolded, he goes out no longer. To his mother’s disquiet, he has stopped playing music for dances too- it used to be himself on guitar along with the local teacher, Torkjell on accordion. He is clearly nervous about events of the recent summer and salvation can only be found in his rambling tale. All he wants to do is write, as fragments from the past intermingle with their echoes in the present. He is assailed by a wave of memories bound up with coy encounters with girls, and rivalry between himself and Knut who also once played in a band together.

Awkwardness with the opposite sex carries over into the present and pollutes the atmosphere between both men who in some senses haven’t grown up at all in the tale, which has been translated from the Norwegian by May-Brit Akerholt. Fosse, incidentally, is one of Norway's best-known writers and playwrights.

The style is not taut as such, more inclined to a kind of deliberate slackness, but there is a compelling flow to Boathouse, a kind of dream-like suspense.

Paddy Kehoe has been working in journalism for 27 years. A former teacher, he began his career with In Dublin and Magill magazines, and he wrote theatre reviews for the Sunday Tribune and film reviews for Irish Stage & Screen magazine.