In May 1981 the Irish rugby team were forced to sneak out of the country, but within a few months they were national heroes. Crossing the Line is the story of Ireland's tour of South Africa at the height of apartheid that split the team and split the nation.

Below, programme maker David Coughlan writes for Culture about this week’s Documentary on One production - listen to Crossing The Line above, and download it here.

Hugo MacNeill compares it to Saipan, but in reality it was much bigger.

In January, 1981 the IRFU accepted an invitation for a tour to apartheid South Africa and started one of the biggest sagas in Irish sport.

Players lost their jobs, Irish athletes were boycotted in other events and the country’s reputation took a battering as the IRFU defied a worldwide sporting boycott of South Africa.

RTÉ refused to report on their games and yet, just a few months later the Irish rugby team were national heroes after winning the Triple Crown for the first time in over 30 years.

Piecing the story together with Donal O’Herlihy, we spoke to former players from Killiney to Cape Town and spent one bright March morning with swimmers in Kilkee.

Over several months we listened to stories of court battles and political interventions; petitions and torchlit processions; wooden spoons and Triple Crowns.

The Shakespearean drama in the Pacific between Roy Keane and Mick McCarthy many years later had nothing on the 1981 and 1982 seasons for Irish rugby. 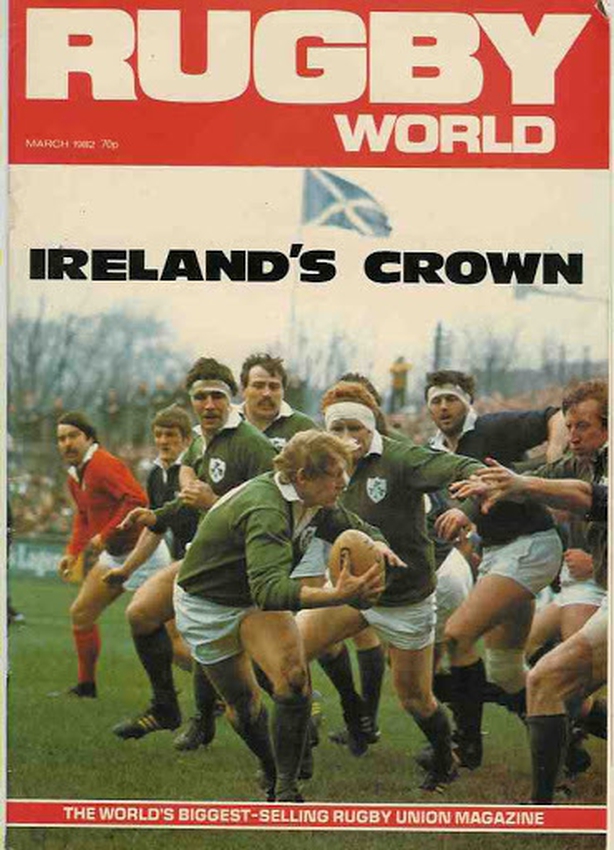 Under apartheid the majority black population in South Africa were deprived of voting rights, access to education, housing, jobs, even freedom of movement.

Less than a fifth of South Africa’s population was white, yet they were the only ones who could vote. Inter-racial marriage was banned and the contrast between the prosperity of the white population and the abject poverty of the black population was stark.

In response, international sporting boycotts had been put in place.

It was set to be Ireland’s first tour since 1961 and the decision provoked widespread criticism with the Government, the church and the unions all united on the issue.

At the time rugby was an amateur game and the IRFU were not reliant on state funding or corporate sponsorship. Despite huge political pressure, they were not for turning.

It left the players, who all had day jobs outside of rugby, wrestling with a huge decision and by the middle of March nearly half the squad had informed the IRFU they would be unavailable for a variety of reasons.

Tony Ward was one of those who turned down the opportunity on a matter of principle.

When I met Tony at Greystones rugby club one sunny afternoon, he spoke about the impact of his visit to South Africa with the Lions in 1980.

For others like Gerry McLoughlin and John Robbie, rugby came first at the time and they decided to go.

McLoughlin lives in Kilkee in west Clare and I spent the day with him as he went swimming and spoke about his life devoted to the game.

Over coffee and cake he talked about the many sliding door moments in his life like beating New Zealand with Munster; losing his job; emigration and crossing the line against England at Twickenham in 1982.

That try is one of the most famous in Irish rugby history, as he carried half the England team with him over the line.

It was also the defining moment of Ireland’s 1982 Triple Crown-winning season - but only for the tour to South Africa, it might never have happened.

McLoughlin had spent the entire 1981 Five Nations campaign on the bench and the tour to South Africa was a chance to get himself back in the Ireland team.

At the time he was working as a schoolteacher in Limerick and he resigned his job to go on the tour.

John Robbie also resigned his job at Guinness to go to South Africa, but others like Ward, Donal Spring, Moss Keane and Hugo MacNeill turned down the invitation.

Making the documentary during a global pandemic presented new challenges and travelling to South Africa was never an option.

John Robbie caught Covid-19 in early January of this year, but thankfully made a full recovery and he spoke about the many life-changing and life-threatening moments from his time in South Africa.

He has lived there for the last 40 years and is still dealing with the guilt from that 1981 tour and trying to focus on the good that came from it.

Robbie ended up as part of the Springboks panel later in his career and another player who wore the green jerseys of both Ireland and South Africa is Dion O’Cuinneagain.

Dion grew up in South Africa, but later captained Ireland in the late 1990s and now works as a doctor in Cape Town.

When we spoke about the 1981 tour, he was busy battling the deadly second wave of Covid-19 that was ravaging South Africa.

O’Cuinneagain had attended the game between Ireland and the Springboks at Newlands Stadium in May 1981 as a nine-year-old with his Irish dad.

Errol Tobias played that day, breaking new ground as the first ever black player to line out for South Africa.

At 71 years of age, Errol is fit and looks as though he could still do a job for his local club Caledon.

Behind him on the wall was the jersey of his opposite number for Ireland that day in 1981.

He spoke about the scrutiny he was under at the time as the first black Springbok and the difficulties he faced back then. And, 40 years on, the legacy of him crossing the line. 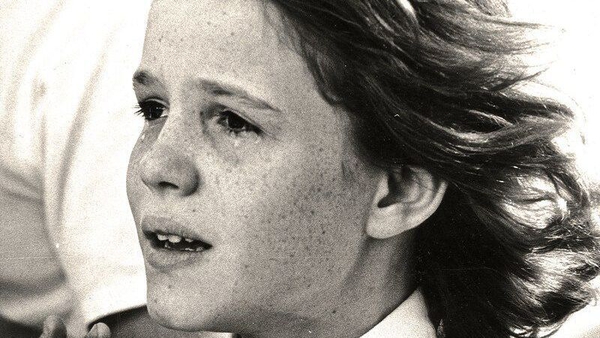 Documentary On One - capturing the grief of a nation