Garret FitzGerald resigns as leader of Fine Gael. He is replaced by Alan Dukes.

In Britain, Margaret Thatcher is re-elected for a record-breaking third successive term.

Eurovision Song Contest: Johnny Logan wins with Hold Me Now. He is the first person ever to win two Eurovisions.

Watch: Evening Extra: Another Year, Another Chance was broadcast on 8 May 1987 (via RTÉ Archives)

Hospital closures and the prospect of 2,000 job losses provoke an angry response from health workers.

In Antarctica, scientists discover a huge hole in the ozone layer.

After an illegal border incursion at Clontibret the previous year, Peter Robinson of the DUP pays a brief visit to the Republic's jails.

The 'Irangate' and 'Contragate' revelations put President Reagan under pressure. The man at the centre of the investigation becomes a new American hero: his name is Oliver North.

In the European Championship qualifying games, Ireland beat Scotland 1-0. Under Jack Charlton's management, Ireland qualify for a major Finals for the first time ever.

Loughgall: as an IRA unit attacks an RUC base, British security forces launch an ambush. Eight IRA men and an innocent civilian are killed.

After nineteen reported cases of AIDS in Ireland, the government launches an awareness campaign.

We need your consent to load this rte-player contentWe use rte-player to manage extra content that can set cookies on your device and collect data about your activity. Please review their details and accept them to load the content.Manage Preferences
Watch: Raising AIDS awareness - RTÉ News reports on 26 March 1987 (via RTÉ Archives)

1987 is a remarkable year for cyclist Stephen Roche. He wins the Giro d'Italia and the World Championship. He is also the first Irish winner of the Tour de France.

We need your consent to load this rte-player contentWe use rte-player to manage extra content that can set cookies on your device and collect data about your activity. Please review their details and accept them to load the content.Manage Preferences
Watch: Stephen Roche returns in victory - RTÉ News reports on 27 July 1987 (via RTÉ Archives)

A 'Gay Byrne Radio Show' experiment sends Gerry Ryan and a team of volunteers into the wild. Did these desperate 'survivors' really kill a lamb? The 'Lambo' story is later discredited.

Enniskillen: the IRA explodes a 'no warning' bomb at a Remembrance Day ceremony. 11 people die, 63 people are injured.

The US authorities bring in strict new controls, but the influx of Irish immigrants continues. 100,000 Irish 'illegals' now live in America.

Curiosity Killed The Cat: Down To Earth

Crowded House: Don't Dream It's Over

U2: I Still Haven't Found What I'm Looking For

Marrs: Pump Up The Volume

Rick Astley: Never Going To Give You Up

The Pogues: Fairytale Of New York 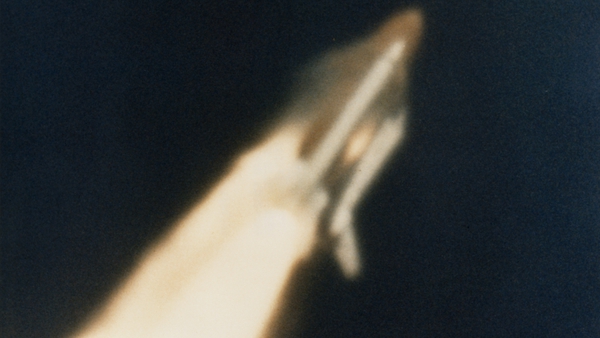