1988: A 70ft giant is washed up in Dublin Bay. Jonathan Swift's 'Gulliver' visits Dublin for the city's Millennium celebrations.

We need your consent to load this rte-player contentWe use rte-player to manage extra content that can set cookies on your device and collect data about your activity. Please review their details and accept them to load the content.Manage Preferences
Watch: Gulliver comes to town - RTÉ News reports on 16 July 1988 (via RTÉ Archives)

After the Stalker-Sampson 'shoot to kill' inquiry, the British government announces that no RUC officers will be prosecuted.

London: the Court of Appeal rejects a plea by the Birmingham Six. Controversial talks begin between Sinn Fein and the SDLP. John Hume defends his actions.

On the West Bank and the Gaza Strip, the Palestinian uprising is called 'intifada'. The Israelis crack down - hard.

Gibraltar: 7 March 1988: An SAS unit kills three unarmed IRA members. There are more claims of a 'shoot to kill' policy, although the IRA admits its members were on 'active service'.

Ten days later, a loyalist gunman attacks the IRA funeral. Three people die, fifty people are injured. As one of those victims is buried, two British soldiers drive into the cortege. The men are beaten, then stripped and shot by the IRA.

Jack Charlton leads Ireland to Germany in the 1988 European Championships. Ireland beat England and draw with the Soviet Union. Holland destroy the Irish dream and go on to win the Championship.

Budget cuts hit the health services. 170,000 people avail of a tax amnesty. The government gets £500 million.

We need your consent to load this rte-player contentWe use rte-player to manage extra content that can set cookies on your device and collect data about your activity. Please review their details and accept them to load the content.Manage Preferences
Homecoming for the Irish squad - RTÉ News reports on 19 June 1988 (via RTÉ Archives)

President Gorbachev continues his reforms. The Soviet Union and the USA sign a historic treaty reducing the numbers of nuclear weapons.

The 1988 Olympics open in Seoul, South Korea. Ben Johnson is the fastest man in the world. Johnson fails a drugs test and returns home in disgrace.

In the US presidential race, George Bush chooses Dan Quayle as his running mate. The Bush-Quayle ticket wins the day. Ronald Reagan bows out after an eight-year Presidency.

After eight years and one million deaths, the Iran-Iraq war ends.

Lockerbie: A bomb explodes on board Pan Am Flight. 270 people die.

Belinda Carlisle: Heaven Is A Place On Earth

Whitney Houston: One Moment In Time 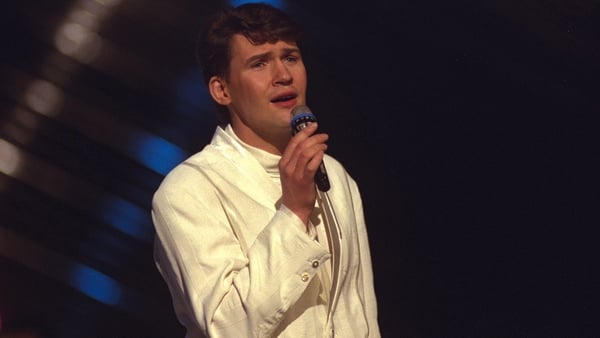