After you have finished reading John Gray's short book on cats and how they differ from us humans, you feel it might be a better idea to be a cat after all, writes Paddy Kehoe

John Gray, who was born in 1948, has been Professor of Politics at Oxford University, Visiting Professor at Harvard and Yale and Professor of European Thought at the London School of Economics from which he retired in 2008. His previous books, which include Straw Dogs, The Silence of Animals and Seven Types of Atheism are replete with insights into the ever-hovering perils and briefly-hovering pleasures of human existence.

What is immediately striking about the English writer's 111-page book is his own disclaimer, a figurative 'hands up’ about philosophy and its importance. He is a philosopher himself, but he is long enough in the game to stand back and see its limitations.

Thinking in generalities slides easily into a superstitious faith in language, he writes. Much of the history of philosophy consists of the worship of linguistic fictions. 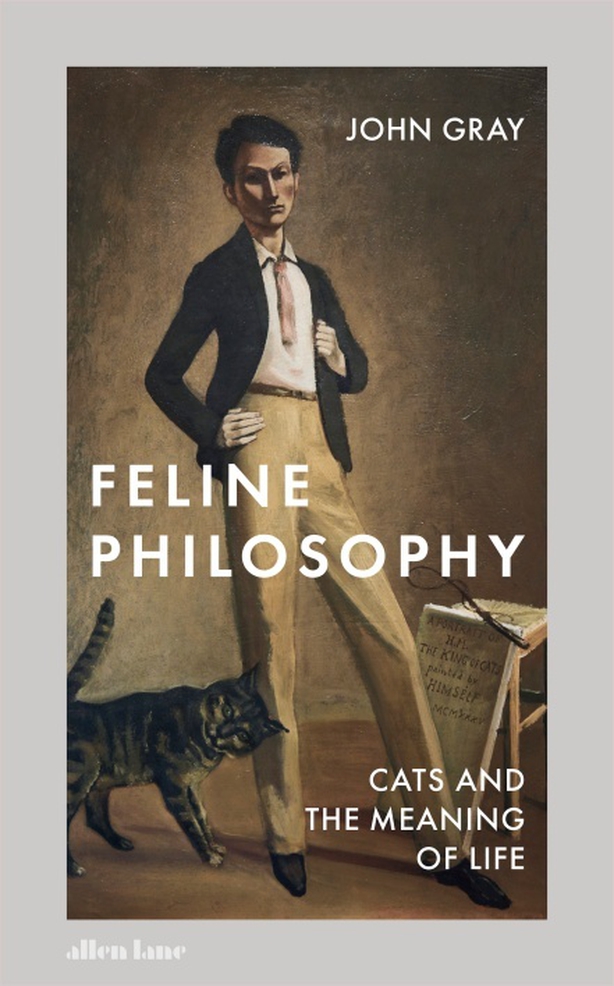 This comes three pages in, and then comes the perfect sentence with which to begin outright his disquisition on cats. He writes as follows: Relying on what they can touch, smell and see, cats are not ruled by words.

Gray has kept feline companions for over thirty years, and understands well their relative self-sufficiency, their peculiar equanimity and insouciance. Then you have us, and our common or garden neurosis, which has in large part replaced the myth and ritual that sustained ancient cultures, such as the Egyptian one.

The book encompasses the Epicureans, Stoicism, Buddhism, the writings of Baruch Spinoza (1632-1677), including also the work of Michel de Montaigne ((1533–1592), Blaise Pascal (1923-1662) and Samuel Johnson (1709-1784) in this compelling survey of human relations with cats. After you have finished reading, you feel it might be a better idea to be a cat after all. Gray is clear about the awful traits we humans have, our abiding proclivity towards violence and cruelty and our inability to love each other simply and with pure motive.

However, like an elderly parish priest in the confession box, he has listened well and studied behaviour, so he is aware of all our foibles, and indeed neurosis. When people say their goal is life is to be happy they are telling you they are miserable, he writes. Reading that is like someone giving you a short, sharp pinch on the arm. That is the first line in a chapter entitled Why Cats Do Not Struggle to be Happy.

This is not self-help, but rather a popularly-inclined philosophy, although it is not in the least part of the slightly shop-soiled ‘popular philosophy’ genre. I suggest this to insist how there is so much here for us all, and nothing at all remotely airy, grandiose or gratuitously speculative.

These are utterly practically insights, but Gray cannot offer us a guide to living which is clear in his Ten Feline Hints on How to Live Well. You cannot transfer the virtues of the cat in ten easy steps, and most of the ten will roll off the reader like water off a cat’s back.

Take number 8, for instance, Sleep for the joy of Sleeping.

Sleeping so that you can work harder when you wake up is a miserable way to live. Sleep for pleasure, not profit.

Would that it were so simple.

At this point in Gray’s stimulating treatise - three pages from the end  - we feel so fragile just for being humans that it’s almost rubbing it in to read how great these cats are and how we might learn from them.