The deep-seated problems of racial discrimination, of personal alienation, and societal or social disorientation which informed Richard Wright’s classic novel, Native Son - reissued as a Vintage paperback - still abide in America for millions of black people, eighty years after its publication in 1940.

Bigger Thomas is the disaffected 20-year-old protagonist who lives in a one-room flat on the South side of Chicago with his mother, brother and sister. The living arrangements are vividly depicted, the delicate art of getting dressed in the morning, the sparse cooking facilities behind a curtain. Simmering hatred runs rampant in Bigger, a complex anger about white people and an equally conflicted resentment of his fellow blacks.

Early on we see the senseless violence he is capable of when he beats up an entirely innocent black friend. The poor chap was punished because he seemed to be insufficiently committed to the plan to raid a jewelry store, which, in the event comes to nothing. 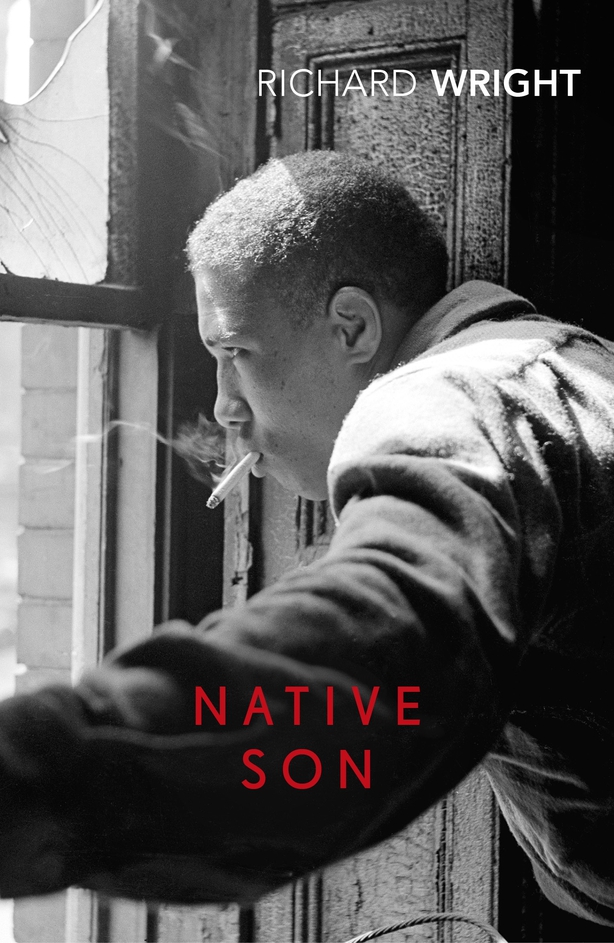 Meanwhile, Bigger is expected to be thankful that the philanthropist Mr Dalton takes him on as hired help at his residence where he lives with his blind wife Mrs Dalton. Also at the house is their wayward daughter Mary, who is becoming involved with Communism and the dreaded 'Reds'.

There is an Irish cook Peggy, a cipher of a character, but one who is portrayed as warm and generous with food. Getting food in his belly becomes the least of Bigger's problems in the novel. In fact he is in such a quandary most of the time that food can rarely be savoured and is not even eaten in later stages of the story.

Mr Dalton, we learn as the novel progresses, is in effect the owner, through a subsidiary company of the confined, dreary tenement space in which Bigger and his family eke out a truly hopeless existence. His altruism, in other words, is not pure and is in part at least a salve of conscience for accepting a rental status quo which obliges black people to live only in the so-called Black Belt. There, they typically pay higher rents there than white tenants pay in the other areas of the city.

Meanwhile, Mary Dalton and her Communist friend Jan put Bigger on the spot when he is her chauffeur on his first night of employment. Mary drinks too much and Bigger's attempts to get her back to the house and into her bed in the small hours without her parents knowing leads to a tragic act of violence.

Once Bigger has committed this dreadful act he has no choice but to compound it with another of similar magnitude. However, in the second case, a black girl who is his casual girlfriend is involved. Her fate is not deemed to be near as serious as what happens to Mary because Mary is white and the daughter of the respectable Mr and Mrs Dalton.

Wright (1908-1960) clearly intended his darkly disturbing and deliberately theatrical work to be a kind of alternative Great American Novel, although he wouldn't have put it that way. These attempts at the Great American Novel were always big bruisers of books and Wright's tale is no exception, running to 454 pages. There is too the author’s 30-page introduction along with an eight-page afterword by journalist Gary Younge, who attempts to place the work in a contemporary context.

Chilling at times and sharply relevant still, eight decades on in terms of its dogma, Native Son valiantly rises to the task of presenting a view of American life as seen through the eyes of a black youth who sees no future for himself.

Bigger circulates among whites, sees their works and pomps, but feels permanently excluded. His sudden spree of violence is undeniably criminal and in principle hard to understand at times in its blind sadism. We can, however, accept that he is impulsive and not cold-blooded calculating, which, of course, cuts no ice in the lengthy trail sequence.

The second half of this existential tale features the elderly lawyer named Max, who comes on board in a vain attempt to save the imprisoned Bigger from his fate. This portion of the story is a concentrated effort to rationalise, or even valorise the young man’s actions in what is, in effect, a manifesto for the marginalised black youth of urban America of eighty years ago.