Historian David Kynaston's diary of a year following the Shots of the title, Aldershot Town - while making inter alia observations on Brexit and Trump - is not without its charm. However, detailed recaps of individual football games are not particularly interesting for the general reader - there really is no other way of putting it.

Which is not to fault Mr Kynaston, let us stress, after all, he is doing what it says on the tin, as it were. Your reviewer allowed himself one book on Brexit, by the way, and thought there might be something rich in a historian's take on the whole abysmal matter.

Then the extra sporting dimension might hopefully be added value, always an exotic world for this sport philistine. The theory was that Kynaston's excitement about following Aldershot Town, the team which he has followed since boyhood, might rub off even on this reader, who knows nothing about soccer.

Moreover, one is always prepared to give the benefit of the doubt when it comes to books about sport. Nick Hornby's Arsenal loyalty was, after all, captivating to read about in his brilliant memoir, Fever Pitch. However, there isn't much excitement in this book, it isn't about excitement, it's mostly about disappointment, as Aldershot always seem to be struggling.

It only gets warm-blooded in a few places, when Kynaston suspends the phlegmatic restraint on Sunday January 8. Your reviewer was, unfairly he is sure, expecting more of the following, or more along these lines.  "I realised about halfway through the second half that, during a winter match on a Saturday afternoon, I'm still thrilled during those moments that the sky darkens behind & above the trees, the floodlights are fully on & those footballers in their red & blue.. strive their utmost."

I do not agree with the blurb's promise that the author presents 'a social history of modern Britain with a difference - all through the prism of the beautiful game.' I don't believe that this was the author's intention. Being a historian would make him cautious about any such undertaking, that kind of book would be written if it were a commission, or a project which he himself wished to do. It is mostly just a scrupulously-detailed 255-page diary. A football fan should find it riveting, why not, it has all the stats and the romance this reader sought is only stuff that gets in the way of results. Results is what it's about. 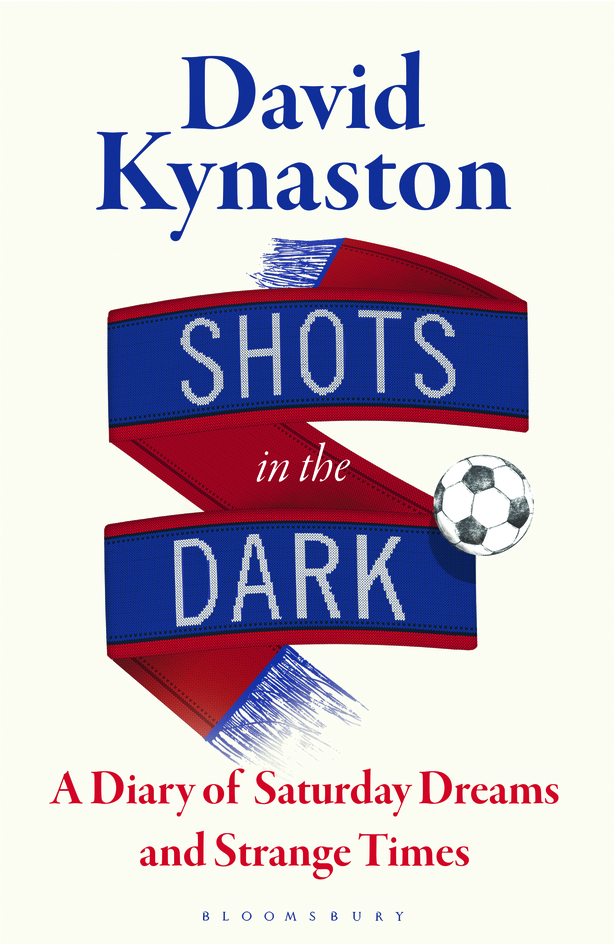 One thing to give the man credit for is his belief that soccer is not really so beautiful at all. He is bang on about the obscene money involved - oligarchical ownership, transfer fees - and he is unhappy that that players nowadays are not from the city or town whose team they are playing for. He is not shy about owning up to such unfashionable views - Kynaston is in his late sixties, and is at that age where people tend to say what they think and forget the niceties.

Nor is the memoirist afraid to own up when it dawns on him that he has been wrong, which says a lot about the man's integrity. It's a diary, off-the-top-of-the-head stuff, and he understands he has been a little brusque in his first entry about the then recent passing of the restaurant critic AA Gill. A few days later he realises that Gill was actually a very decent human being, and he gleans this through reference to Gill's reports from the refugee limbo-land of Calais.

Kynaston has an abiding fascination with Leonard Cohen which left your writer completely unmoved. As did his pronouncements on Dylan, both are just song and dance men - that's certainly how Dylan described himself early on -  I wouldn't take them too seriously. Who cares whether Dylan said anything about Trump or not? (He didn't, according to Kynaston, in that 2016-2017 time period anyway.) The historian also meets up regularly with a few friends to listen to and discuss Pink Floyd's complete works which sounds completely daft, not even endearing. He also recalls what car he was in his when he heard Kim Carnes' Bette Davis Eyes for the first time. Good Lord.

He writes about whatever takes his fancy, by the way, aside from Aldershot's fortunes, Brexit and Donald's Trump's 2016 campaign, taking his lead The Spectator, TLS, The Economist, The Times, The Guardian, or from provocative headlines in the Daily Mail. There is a problem with the Trump material, because we all know now how bad it all is - him, the regime, the dodgy dynasty, every single tweet, we have mostly given up on any redeeming feature.

Yet writing in 2016/2017, Kynaston is wavering back and forth about Trump, almost prepared to give him a break at one point, all of which just seems inconsequential now. The fact that we know better doesn't make such comments of much interest, it might in 20 years time, sure, but not so soon afterwards.

For instance, he writes in the entry for February 12, 2017: "..and, yes, I still feel a strong measure of loathing, fear, distaste, but also, at some level, a grudging respect, a sort of 'you've got to hand it to him' feeling." Who cares what you think about Trump, I found myself rhetorically asking, we know better than to give him a break of any kind.

There is faintly sanctimonious stuff on the passing of Martin McGuinness as he wonders "whether (as I'm inclined to think) it is fair to condemn him (whatever that means) because his conversion from violent to peaceful methods was essentially strategic, as opposed to remorseful & Tolstoyan." Yes, one knows what he means, but such a remark is sententious, a little tasteless and irrelevant.

However, the first paragraph in the entry for March 17 will sound familiar to most of us of a certain age. "St Patrick's Day - the day of my confirmation, by the Bishop of Shrewsbury, fifty-three years ago. Feels in every way so remote. Yet still of course in some sense that twelve-year-old boy." The book is worth it for resonant observations such as this one, the man has indeed lived and learned. 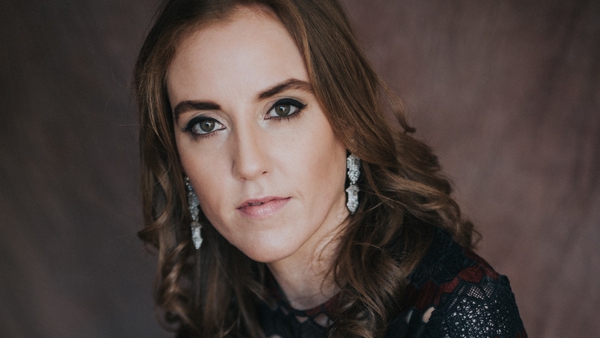 Reviewed: After the Silence by Louise O'Neill