Following an Allied bombing raid on the town of Sankt Valentin which killed all the members of her Danube Swabian family, young Nelli finds herself orphaned. She is fortunate, however, to be living with the Leithners, a farming family of five girls in Lower Austrian countryside with whom she generally gets on, although not with Antonia who is spiteful about her. The only male sibling, Leo, is away, supposedly fighting at the Front.

Gradually, falteringly, Nelli appears to overcome the subtly underscored trauma she has suffered and which she seems somehow armoured against - here are strangely no memories of mama or papa or anybody else. The young girl begins to adjust to the pattern of rural life and what she sees around her and life among her kindly carers, the woman she knows as the farmer's wife and Jakob Leithner, the farmer whom she comes to denominate as her grandfather.

Jakob’s brother, Laurenz, is seriously ill with TB and his secret knowledge and resultant actions culminate in the dramatic climax of this compelling novella. But before that, the narrative evokes the seasonal work conducted on the farm, the animals, the crops, the hay in the barn. There is an almost Heimat-like sense of relatively peaceful existence in Nelli's account, of which this is a sample.

I'm squatting on my heels, just looking.The roofs of the town, three church towers, the town hall, the hill where the rows of fruit trees meet, the beech wood, the neighbouring houses, the ditch with the fire pond and the beehives. Far to the south, the mountains. 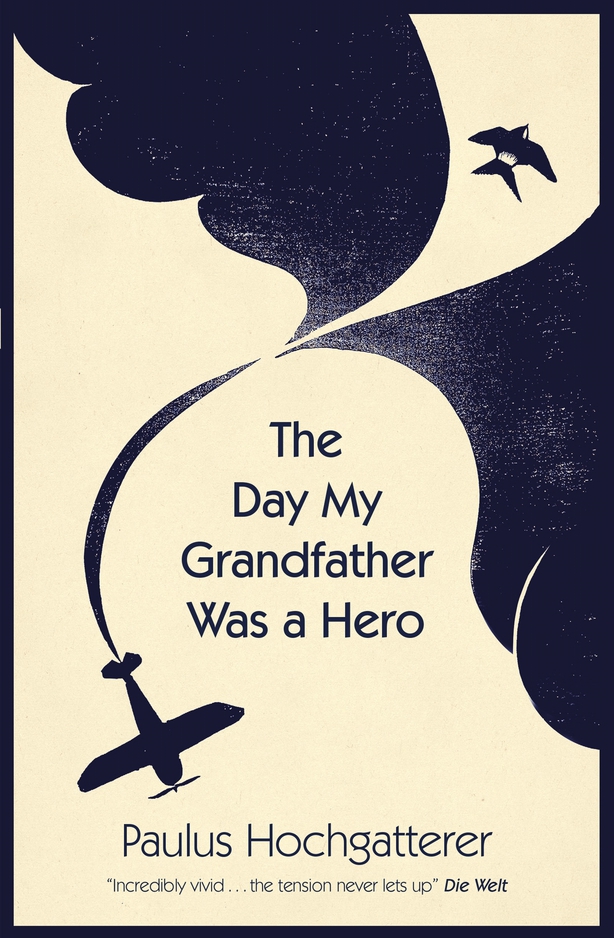 There is also the nearby town with its cloth store and chemist and the characters who run both these establishments. Between a burning anger about an instance of sexual exploitation, which it is promised, will be revealed by its victim, along with the merciless treatment meted out to a captured American fighter pilot, the town is a hot-bed of sordid evil-doing and despair, privations undergone due to the war.

The farm, on the other hand, is the locus of decency and Christian values, of charity dispensed and shelter offered without ostentatious show. The Leithners are used to living wisely but frugally while the conflict is played out in the skies over their heads.

Then into the family orbit comes another stray, an escaped young Russian prisoner of war, the hapless but proud young painter Mikhail. He arrives bearing a cylindrical case strapped around his shoulder. Is it a rocket launcher, the people wonder at first? Whatever it is, it will prove crucial when two Nazi corporals and a lieutenant occupy the farmhouse.

Baleful, moving and skillfully paced, The Day My Grandfather Was a Hero is an assured, resonant tale of lives under pressure in wartime and how that pressure bursts its container. Translated from the German by Jamie Bulloch.