Jean Sprackland, a poet who has enjoyed previous success in prose with Strand: A Year of Discoveries on the Beach is it would be fair to say, addicted to graveyards in her engaging new work.

As a young girl, the writer would happily play in the local graveyard with other kids, and they even had a rather ghoulish song which they sang heedlessly (lyrics supplied in the book, we will spare the reader.) In her new book, she revisits the places she has lived throughout her fifty-something years - one is calculating here -  and spends time again in the graveyards of these places. Thus there are journeys, made in a spirit of restrained nostalgia, to the English towns of Ainsdale,on Merseyside, Ilfracombe in Devon, Tutbury in Staffordshire and the cities of Oxford and Norwich.

Yes, a kind of addict. Sprackland will reflexively observe the withered, tilting gravestones over people's shoulders at weddings, christenings and funerals. She will then sidle off to wander among the lichen-covered slabs. When on holiday, she will customarily find the nearest graveyard - not presumably with the aid of Trip Advisor - and wander there with the interest and curiosity another might keep for ancient ruins.

Ancient ruins are what supposedly certain cemeteries are in any case. Graveyards, the author finds, are also nature reserves, `sheltering plants and animals driven to the brink by urban development and intensive agriculture.’

Sorrow is present, but age and weather have tempered it, she writes of such verdant resting places.  A graveyard is softened by ivy and elder, blurred by rain and soot, dismantled gradually by the passing years, always in a state of becoming.

Consciousness of her own temporary stay in this world is clear and heartfelt throughout and the fate she shares with all who are interred, no matter who they are. The gravestone, if it still stands, and if weather has not eroded the lettering completely, is often the most solid thing left of a life no less real and meaningful than my own.

There is a brief diversion on the yew tree and its ubiquity in graveyards as she stands under an example of the species on the fringes of London which is around 2,000 years old. The yew is deadly poisonous, though not all of it – the fruit can be eaten. Because of its poisonous properties, the leaves have been ingested by individuals who committed or have attempted suicide. Arrow tips were once coated with the tree's poison. 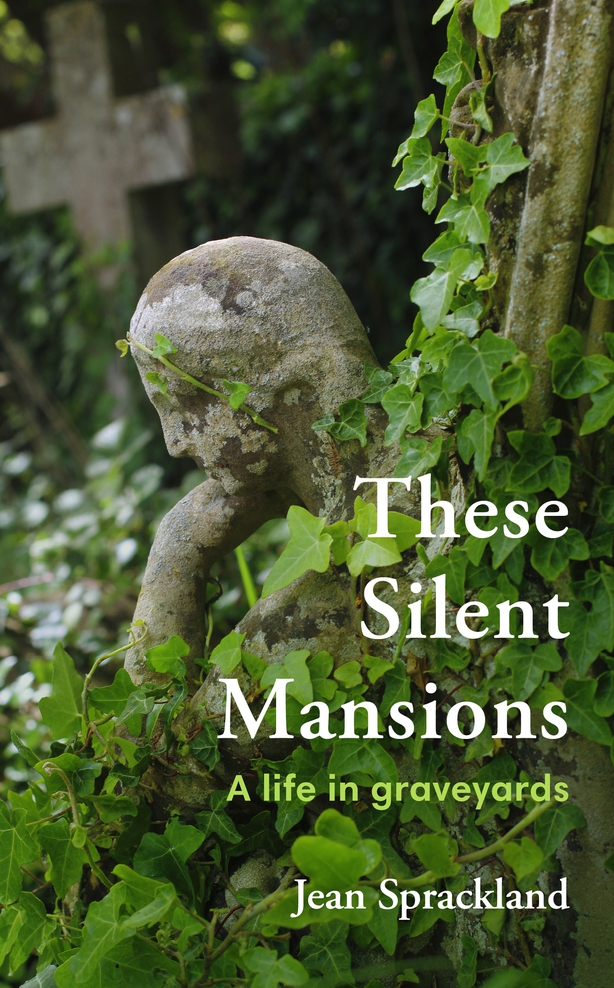 The Norwich graveyard known as The Rosary was founded by Thomas Drummond, a retired minister, who wished to provide burials for nineteenth-century Dissenters. On several occasions, he had tried in vain to arrange a Christian burial for a child whose baptism had taken place in another tradition but was turned away by the established church. Drummond's wife was the first person to be buried there in 1821. The widower had his late spouse disinterred from her original grave (an act viewed to be in bad taste by many) before she was reinterred in The Rosary, such was her husband’s messianic fervour.

Sprackland walks around The Rosary as it is today and observes broad paths and glades - there is still a park-like quality. In the first of two epigraphs to her chapter on this Norfolk graveyard, she quotes the Irish-American writer and undertaker Thomas Lynch. Thus graveyards are a way of keeping the dead handy but removed, dear but a little distant, gone but not forgotten. That’s elegant, if slightly mordant good sense and it is followed by a wry quote from another wiseacre. Perhaps we need not grieve over the fact that half the original churchyards of Norwich (there were once sixty) cannot now be traced.

The author’s interest in fairgrounds and circus operators in the age of steam is mildly interesting, but  it strays somewhat  from the book's remit, as per the subtitle A Life in Graveyards.  Sprackland also indulges her interest in the nineteenth-century fascination with physical human oddity and by page 159 she is in full spate: But most child acts lasted two or three years at best. This was a ruthless industry which chewed them up and spat them out. She has indeed strayed and the diversion is incongruous, but she saves the day in concluding chapters.

Particularly engrossing is the memoirist's dogged investigation into the tragic, mysterious drowning of a young boy in 1944. The tragedy occurred on the river Dove, where Staffordshire borders Derbyshire, the area she grew up in. The boy was swimming with an older boy who survived and matured into adulthood, living into his nineties. Sprackland discovers that the man is still alive and she eventually finds his house at the end of a lane and they talk and drink tea, with the elderly gentleman's male minder present.

It's a haunted conversation that ends in an outburst of the survivor's anger about the version of the story which circulated and which he insists was utterly incorrect. The mystery surrounding that profoundly sad event lingers as one of the most profoundly engaging accounts in the book.