In the Poetry Programme on 3rd November 2019, at 7:30 pm on RTÉ Radio 1, presenter Olivia O'Leary is joined by poets Bernard O’Donoghue and Ailbhe Ní Ghearbhuigh.

In July 2019, Bernard O’Donoghue and Ailbhe Ní Ghearbhuigh took part in an event recorded before an audience in Doneraile Court in County Cork, one of the Heart of Summer series of events organised by Poetry Ireland and the Office of Public Works.

Born in Cullen, County Cork, Bernard O’Donoghue has lived in Oxford since 1965. At sixteen, after his father died, he left Ireland to live in England, where he attended St Bede’s College and became inspired by medieval writers such as Chaucer and Dante, and went on to lecture in Old English and Medieval English at Wadham College at Oxford University. Bernard reads poems that touch on themes of emigration and speaks with Olivia about the importance of writing about public events. His work is published by Faber & Faber.

Ailbhe Ní Ghearbhuigh, while not growing up in a Gaeltacht area, was born into an Irish-speaking family and educated in Irish. After receiving her degree from the National University of Ireland Galway, she lived for several years in France and also spent a period in New York as a Fulbright scholar. She now lives in Cork and lectures at the department of Modern Irish at UCC. 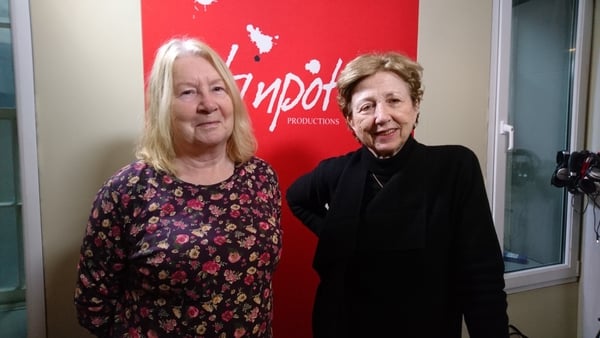