Jean Giono's 1947 novel, A King Alone, concerning a spate of mysterious disappearances and the eccentric French policeman attached to solving them is decidedly off-beat.

Langlois – we never get his first name - is the classic outsider cop in this 155-page tale, originally published in French as Un Roi sans divertissement. The flic is a puzzle to the locals in the unnamed village of the piece, (we are told the names of  the surrounding villages.) Langlois has a brusque, secretive manner and he is not related to anyone in a place where everyone is the son or daughter of somebody else. The policeman is decent, if curt, in his relations with most people, but aloof and prone to occasional outbursts of temper.

Over the course of his stay in the village, to which he develops an unusual attachment, he attempts to get to the bottom of the disappearances. He instructs the locals to lock themselves in and never travel alone. The abductor is eventually disposed of in a rather summary fashion by Langlois (we won’t spoil) and he returns to the village the following winter, having been promoted in the meantime. He settles in once again in the room above the local café run by a former prostitute.

Jean Giono, whose dates were 1895-1970, was one of only two members of his company to survive the Battle of Verdun in 1916. A popular and highly-revered novelist, he was unfairly accused of collaboration with the Nazis during the Second World War, his espousal of pacifism driving the suspicion.

In A King Alone, he takes diversions from the story for psychological speculation and  for much of the time he leaves the reader decide what might be happening. There is none of your normal attention to comprehensive plot detail, but the author can spend ages describing the look of a beech tree.

Edmund White is an admirer. "The haunting beauty of this book lies precisely in its lacunae. This is a book rich with details... everything except what we are most longing to know, Langlois's thoughts. We must do all the work ourselves." 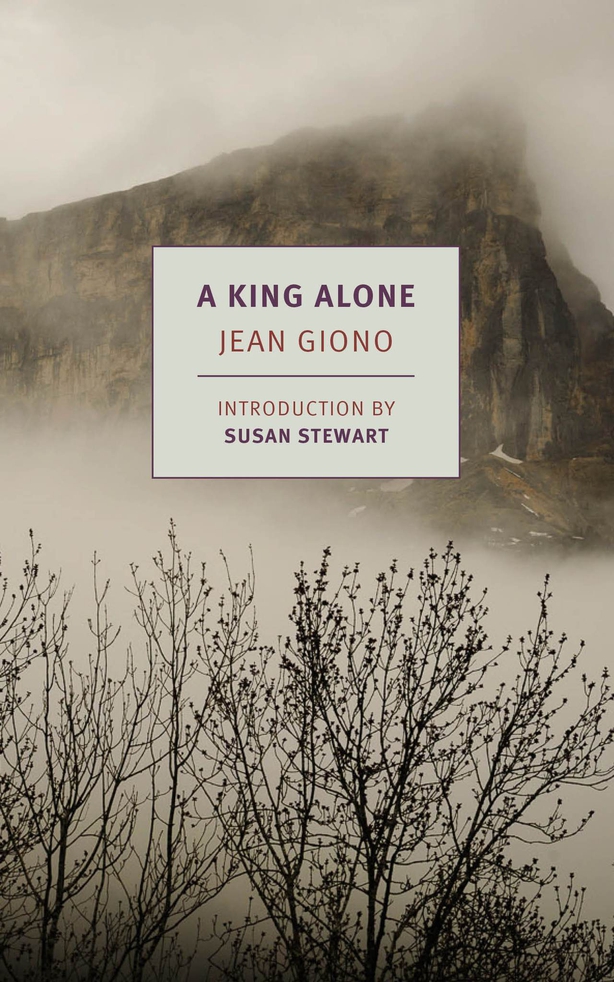 The action takes place 100 years before the writing of the novel , which Giono completed in 1946. In the course of the sinuous, at times baffling narrative, the novelist teases us with the behaviour of Langlois the policeman, rather than with the mystery of the disappearances.

The mountainous location in the Alps of South-Eastern France is depicted in painterly detail in all its baleful silences, but it is Langlois who remains the ultimate enigma. It is Langlois whose silences weigh the most. What on earth is he up to you find yourself wondering half the time.

Paths are obliterated by blizzards, cloud and fog enshroud the village. Every day a cold north wind, the clouds gathering in the horseshoe formed by the mountains L’Archat, Le Jocond, La Plainie, Le Mont des Patres, and L’Avers. The clouds that were already dark in October were joined by the even darker clouds of November, then on top of them came those of December, dark and dense. Everything piles up on us; nothing moves.

Giono is interested in grasping the period and heightening the local colour, be it the colour or texture of snow, as it piles in drifts, on paths, on rocks. He is like an artist at his easel, studying the look of trees. A deliberately exalted tone is used to describe the beech tree which is central to the disappearances, with nearly every colour in the spectrum mentioned. Is this a satire on some literary French trope, one wonders? Purple prose by any other name, it would seem.

The author builds an unusually discursive version of suspense in Alyson Winters's attentive translation, a tale told by his unnamed narrator, who is yet another mystery man in a novel of mysteries. Recommended for sheer difference.

Movie review: Portrait of a Lady on Fire