We're delighted to present an extract from Elsewhere, the acclaimed new travel memoir from Rosita Boland.

From her first life-changing solo trip to Australia as a young graduate, Rosita Boland was enthralled by travel. In the last thirty years she has visited some of the most remote parts of the globe carrying little more than a battered rucksack and a diary. Documenting nine journeys from nine different moments in her life, Elsewhere reveals how exploring the world - and those we meet along the way - can dramatically shape the course of a person's life.

Two days later, I was aboard the local bus from Gilgit to Skardu. I had said goodbye to Muhammad a second time, telling him I'd be back in a week or ten days. This time, though, I took my rucksack.

The guidebook instructed, 'For the best views, sit on the right side of the bus heading to Skardu.’ I had duly found a window seat on the right-hand side. Women in Pakistani buses that are not minibuses are seated together, but I was the only woman on the entire bus, which was, of course, full. The driver formally asked if I would share my double seat with a man in a cream shalwar kameez, who hovered apologetically in the aisle.

‘Madame, you maybe permit me to sit?’ he said, bowing.

He sat in beside me and at once fell asleep. About an hour after we had left Gilgit behind, the landscape began to change dramatically. We had crossed a suspension bridge over the Indus River, and were now on the Indus Highway proper. The road takes its name from the river, which it shadows almost the entire way to Skardu. The Indus, which is 2,880 kilometres long, starts in Tibet, carves its way through Ladakh in northern India, along the valleys and gorges that divide the Himalayas and the Karakoram range that we were now travelling through, south to the Punjab and Sind, until it enters the Arabian Sea just east of Karachi.

One thing I had learned in northern Pakistan was that the word ‘Highway’ bore no relation to what I knew as high-ways. The further we travelled along the grandly named Indus Highway, the less it even resembled a road, far less a broad and surfaced piece of infrastructure. We were on an unsurfaced track, which had no protective barriers, and the track was now following the Indus River.

Not alongside it, but far, far above: hundreds of metres above the gorge.

Slowly the road began to take on the sensation of fiction. It was literally carved out of the side of a mountain gorge. From where I sat, in my unluckily scenic right-hand seat, the bus appeared to be levitating in thin air, so narrow was the road, and so close were the wheels to its bare edge. Far above us on the left, the gorge walls extended upwards hundreds of metres to a strip of sky as defined and narrow as a runway. Far, far down below, the Indus glittered like polished steel. It took its colour from the glacier waters that fed it; a shade of grey-green I had never seen before. The Indus was half a mile wide, but from where our bus crawled along, it looked no wider than a goat track.

We started to hit the hairpin bends, the bus labouring and the brakes screeching as we rounded each dreadful turn. I stared transfixed out the window. I did not want to believe my eyes. The landscape was almost savage in its nightmarish beauty. I was barely able to comprehend its vast, surreal scale. Outlandish, I thought. Not of this world.

Before this journey, my fears of travelling on a local bus in Asia had been of ending up under a rockfall, or of the over-loaded bus toppling over, or of our bus crashing in the dark because the headlights weren’t on and some truck had run into us. On this particular bus journey, I realized I had wasted so much energy in the past worrying about the bad things that might happen. They were just possibilities. Whereas this – this ghastly, unprotected vertical drop to the Indus far below – was a reality, just mere inches from the edges of tyres I knew would be bald.

The man beside me snored gently. I envied him with every cell of my body. I don’t know how long I sat like that, rigid by the window. Suddenly I became aware that the road was widening, the arid landscape opening out into green, like a concertina being pulled slightly, and we were stopping. Had we arrived in Skardu?

We had not arrived in Skardu. We were in the tiny village of Thowar. The land had levelled out into a kind of shelf under the mountain, where a few hundred souls had chosen to perch themselves, like birds on the highest swaying branch of a tree. The village, no bigger

than a small field, was irrigated, and the green glow was a shock after hours of grey rock and stone. Snug, stone-built houses and apricot trees were planted right up to that vertical drop. We had stopped to offload various sacks of produce from the roof. The driver handed a bundle of letters out through the window. The children clustered around the bus. They caught sight of me, and jumped up and down, windmilling their arms in wide-eyed amazement.

There was a second tiny village, further along the track: Basho. It too was a small irrigated space, the village bordered on one side by the drop to the gorge, and on the other, by the mountain face. They were so small, we left each of them behind in less than half a minute. I turned round in my seat as we left Basho and saw the green created by the irrigation line vanish almost immediately. Among the dark shadows cast by the mountain walls, and the black of the stone, the villages of Thowar and Basho glowed with the luminosity of tiny chips of emeralds.

From their location in the gorge, I realized, the people in those villages would never see either sunrise or sunset. The sky was a strip between the walls of the gorge high above. The only time sunlight would hit the villages was when the sun was directly overhead. I thought of the children who had gestured to me. What was it like to live in a landscape that was vertical, and where there were no horizons? I imagined them growing up fearless of vertigo, playing their games on those tightropes of land, dreaming of some day seeing the sky in its entirety. 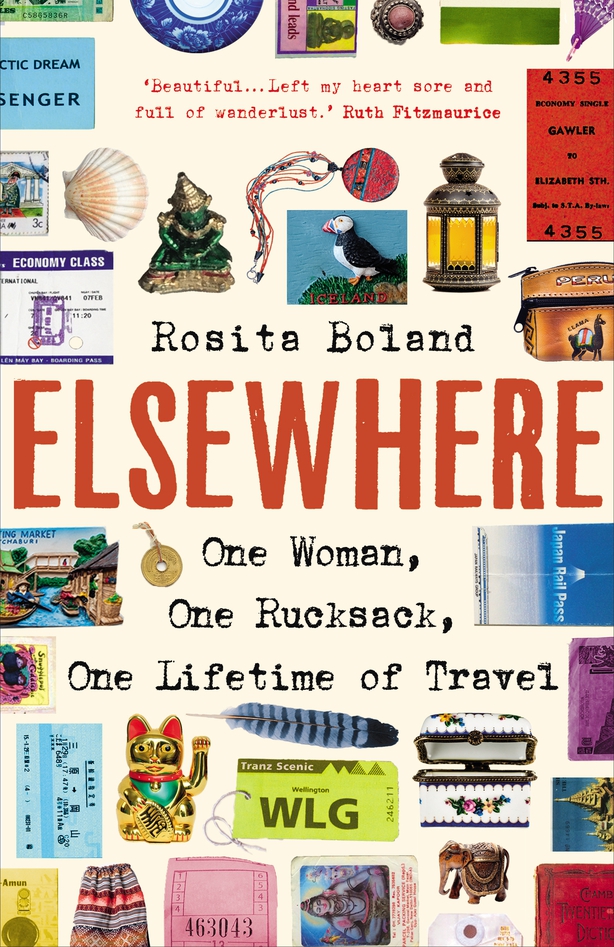 Elsewhere by Rosita Boland (published by Transworld Ireland) is out now. 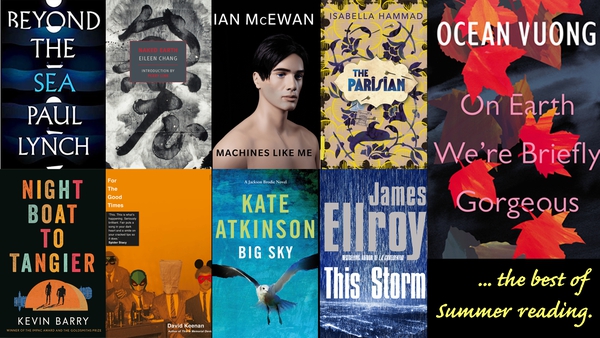