On the Poetry Programme on 21st October Olivia O’Leary is joined by two young British poets, Raymond Antrobus and Kim Moore, who have both been making a name for themselves.

Raymond Antrobus was born in London, Hackney to an English mother and Jamaican father. He is the author of the pamphlets Shapes & Disfigurements and To Sweeten Bitter, and in 2018 he was awarded The Geoffrey Dearmer Prize, (Judged by Ocean Vuong), for his poem Sound Machine. His first full collection, The Perseverance, has just been published by Penned in the Margins.

Raymond has read and performed his poetry at festivals (Glastonbury, Latitude, BOCAS etc), in universities (Oxford, Goldsmiths, Warick etc), and he has won numerous slams (Farrago International Slam Champion 2010, The Canterbury Slam 2013 and was joint winner at the Open Calabash Slam in 2016).

Here he is reading the opening lines of his poem Dear Hearing World:

His poetry has appeared on BBC 2, BBC Radio 4, The Big Issue, The Jamaica Gleaner, The Guardian and at TedxEastEnd, and his poems have been published in POETRY, Poetry Review and The Deaf Poets Society, as well as in anthologies from Bloodaxe, Peepal Tree Press and Nine Arches.

Kim Moore was born in 1981 and lives and works in Cumbria. Her first pamphlet, If We Could Speak Like Wolves, was a winner in the 2012 The Poetry Business Pamphlet Competition, judged by Carol Ann Duffy. If We Could Speak Like Wolves was chosen as an Independent Book of the Year in 2012 and was shortlisted for the Michael Marks Pamphlet Award and the Lakeland Book of the Year Award.

She won an Eric Gregory Award in 2011, the Geoffrey Dearmer Prize in 2012, and a New Writing North Award in 2014. Her first full length collection, The Art of Falling, was published by Seren in April 2015 and won the Geoffrey Faber Memorial Prize. Her poem In That Year from the collection was shortlisted for the Forward Prize for Best Published Poem.

Listen: Kim reads the opening lines of her poem A Psalm for the Scaffolders:

After working for 13 years as a trumpet teacher, she is now a PhD student at Manchester Metropolitan University, where she is exploring how to write poetry about sexism. She is currently working on her second collection. She still plays the trumpet in a ten-piece soul band, but has given up teaching music to concentrate on poetry.

The Poetry Programme, RTÉ Radio 1, Sunday 21st October, at 7:30 pm - listen back to after broadcast here. 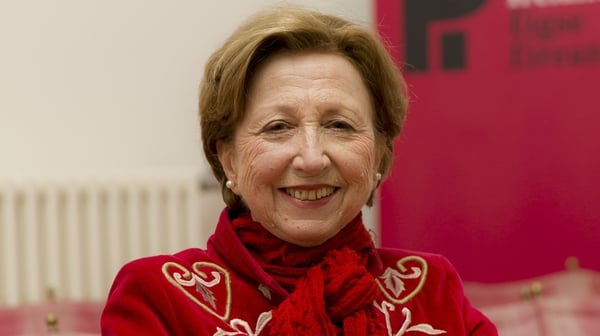