Orchid and the Wasp brings us the singular Gael Foess from early pubescence up to young adulthood and her life in the Celtic tiger bubble- the boom and the crash and her ambition to make the most of it all.

An enigmatic and vivacious personality, Gael Foess grabs readers by the hand and drags them through her wandering life. Raised by career-focused and somewhat absent parents, Gael is introduced at an early age to the concept of making sacrifices in order to get ahead. Her disgraced banker father, Jarlath - who helped bankrupt the country in 2008 - flees to the UK, abandoning Gael and her younger brother Guthrie to the whims of their flighty mother, Sive, a conductor with the RTÉ Concert Orchestra. Sive is so consumed by career she neglects the dutius of motherhood. Meanwhile, Gale’s younger brother Guthrie is epilepetic.

We first encounter the headstrong Gael at the age of 11 in the schoolyard, promoting her first commercial business endeavor, virginity pills, as in pills that facilitate losing one's virginity. Gael's classmates are not on the same page and she is sent home from school. Ultimately she feels she possesses aptitudes beyond her years - attempting to drive her father’s car, when she is not yet a teenager.

Gael’s disgraced banker father, Jarlath - yes, he too helped bankrupt the country in 2008 - flees to the UK, abandoning Gael and her younger brother Guthrie to the whims of their flighty mother, Sive, a conductor with the RTÉ Concert Orchestra. Consumed by career, Sive neglects the duties of motherhood. Gale’s younger brother Guthrie is epileptic.

In this unorthodox family, Gael sees herself as carer and parent to both her mother and brother, even as she travels to London and New York in a bid to make her fortune.

The irony is that in her bid to protect her vulnerable family members from the cruelty and greediness of people such as her father, she must herself embody the exact same conduct. Gael has no qualms about lying, over-embellishing and blagging her way into various scenarios where she has no right to be and it's hugely amusing to see her do it. 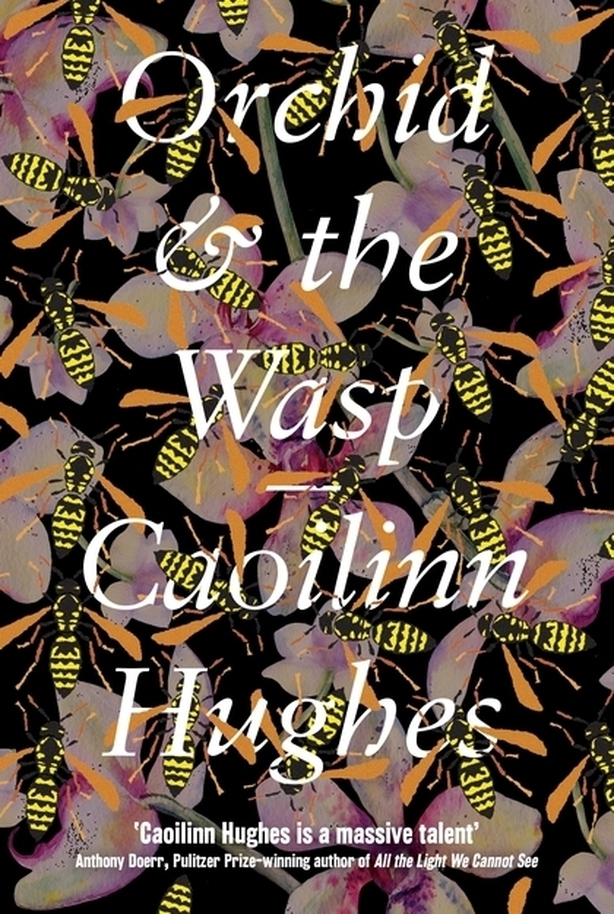 I wish I could be as ballsy and supremely confident as Gael, even if it more often than not doesn’t actually work in her favor. The star of the novel is her protagonist, the secondary characters are a platform for Gael to bounce off and continue on her own adventures. Art, music and creativity are all crucial themes in the novel and the writing isn't afraid to both poke fun and stand in awe of it. At what stage is a painting a fantastic piece of truly moving artwork or something to make money with? Can you have one without the other? Is it the confidence behind an artwork that convinces its audience of its magnificence, rather than evident talent?

Orchid and the Wasp is a hugely entertaining novel full of wit, intellect and sharp observations. Reading about a young female character who is not beset by the stereotypical problems that beset a person her age is refreshing and kudos to Caoilinn Hughes for doing so.

I really do hope we see the return of Gale in a sequel of some kind. Akin to Sally Rooney's Conversations with Friends, Orchid and the Wasp is a modern female coming-of- age story for a modern Irish audience. Dare I say it I enjoyed Caoilinn’s version of the tale much more than Rooney’s - Caoilinn Hughes is definitely one to watch.

Caoilinn Hughes is an Irish writer, currently living in the Netherlands, where she is Visiting Writer at Maastricht University. Her poetry collection, Gathering Evidence (Carcanet Press 2014), won the Patrick Kavanagh Award in manuscript form and The Irish Times Strong/Shine Award (2015) in book form. It was also shortlisted for the Seamus Heaney Prize for Best First Collection, the Royal Society of NZ Science Book Prize, the NZ Post Books Award for Poetry and the Pigott Poetry Prize in association with Listowel Writers' Week.