Can You Keep a Secret is the fourth fictional love-child of Karen Gillece and Paul Perry, who write together as 'Karen Perry'. Grace Keane was enchanted by the story of Thornbury, the grand Kilkenny manor at the heart of this smart psychological thriller.

Karen Gillece is a novelist and short story writer, while Paul Perry is a poet and winner of the Patrick Kavanagh Award. Following on from their successful novels Girl Unknown and The Boy That Never Was, the dynamic duo continue the winning formula of writing a chapter each and then swapping over for the other to respond to. This ‘relay writing’ which originally came about as a half-joking experiment, ensures an exciting and unpredictable plot, with dramatic characters, twists and turns.

When an attempted murder-suicide case calls criminologist and crime scene photographer Lindsey Morgan back to Kilkenny, she cannot help but find herself drawn to a place of her youth, the haunting residence of Thornbury Hill. Lindsey feels that she owes something 'of the person that I had become to that house and those that lived there.'  She remembers Thornbury as a prestigious and grand manor house, with a lavish interior, set on vast grounds that oozed old money. It was a place that was home to her once best friend Rachel Bagenal and her dysfunctional family, a place that has haunted Lindsey for almost 20 years.

Now as Lindsey stares down the barrel of 50, Patrick, Rachel’s older brother and Lindsey’s new lover, decides to have a reunion and bring the old school friends back together one last time. A final hurrah to toast the memories they made there, amidst what is now the crumbling and dilapidated remains of the Thornbury estate.

Over the course of the weekend, Patrick hopes that the group may once again emulate the sophistication and glamour of Thornbury and its previous inhabitants. However, with each person having their own point to prove and secrets to hide, this reunion may prove to be a more risky venture than first anticipated. Not long after arrival, the school friends find themselves reliving old nightmares, giving life to the ghosts of the past and unearthing secrets best kept hidden.

Can You Keep a Secret? reads like a game of Cluedo as it jumps from past to present, with each new chapter adding more layers of suspicion and secrecy. The reader is constantly guessing and trying to work out ‘who did it’ ‘when’ and ‘where,’ or indeed what ‘it’ even was.

With an opening line like 'Three months before the killings I returned to Thornbury' and a prologue that depicts a person’s last moments before their impending death, Karen Perry’s story seizes your imagination and won't let you go. 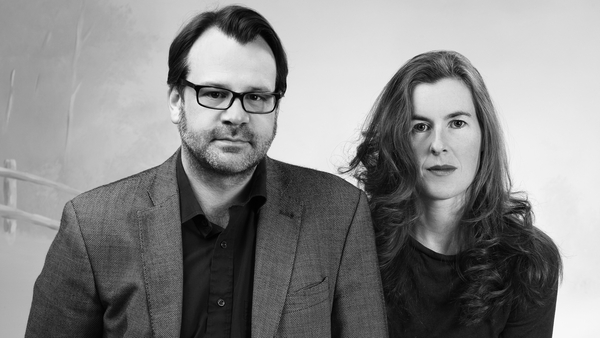