Analysis: the Wexford native did original research in a highly technical subject at a time when very few women (or even men) got that opportunity

In August 1909, a 17 year old Wexford girl boarded the vessel Irak in Liverpool, bound for the United States and ultimately Texas. Maggie Gough was one of over two dozen girls and young women from the south east of Ireland onboard, most of them destined to spend their lives in service to an order of nuns based in San Antonio.

What makes Gough particularly worthy of attention now, over a century later, is that she became the first Irish woman that we know of to get a doctorate in mathematics. She secured it in 1931, a decade before both Galway-born Sheila Power (later Tinney) and Belfast-born Muriel Wales (who grew up in Canada) earned their doctorates. Gough's unique story is only now unfolding, despite Ireland's well-documented track record of pioneering women in maths.

Gough was born in 1892, in Rickardstown in the parish of Kilmore in south east Wexford. The St John of God religious order had a primary school there, which she attended. She was not the only pupil to travel to Texas: many of her classmates sailed with her to Galveston, also headed for the Sisters of Charity of the Incarnate Word in San Antonio.

Jim Moore, grandson of Maggie's sister Lizzie, was born in the same family homestead in Wexford. "She left here with a group of other girls from the area, two of whom we knew", he recalls. "I remember as a youngster, they coming to visit our home in Kilmore, and everyone being put on good behaviour."

However, Gough never made it back to her native land again, not even for her sister Lizzie's wedding in 1928. "The problem was that if you came home you had to pay for your own transport", Moore relates. "My grandmother died in 1947, and Sister Mary kept in touch with my grandfather and the family, she was a great letter writer. In the 1960s and 1970s, two of her compatriots used to come home and visit our house. Our experience of Sister de Lellis was, every Christmas, letters and presents. Prayer books came for confirmations and communions."

After taking her vows, Gough took the name Sister Mary de Lellis, and embarked on a teaching career far from the public eye. In time, she was permitted to advance her education and did so in three stages starting in 1920, all at the Catholic University of America in Washington DC. Her family were largely unaware of the magnitude of her achievements, but they did know she was a maths teacher. 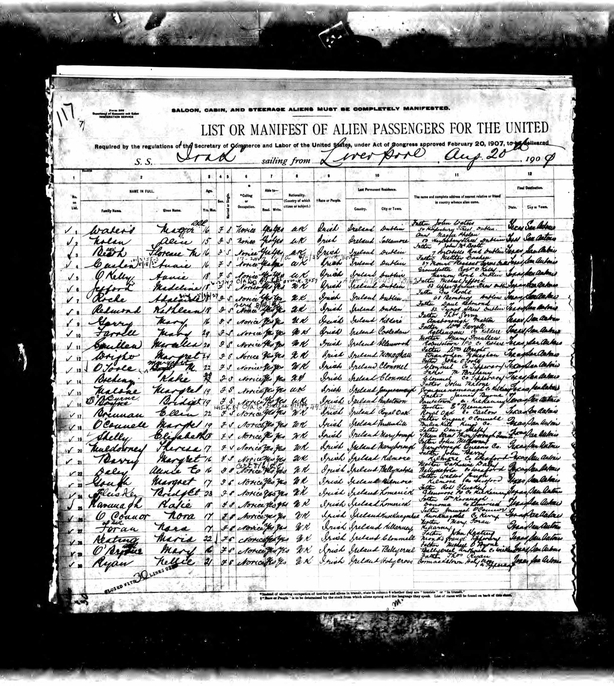 Gough did original research at a high level in a highly technical subject at a time when very few women (or even men) got that opportunity. Her MA in 1923 was awarded for a thesis on "The Representability of a Number by an Indefinite Binary Quadratic Form". After a few more years of teaching back in Texas, she earned her PhD with a dissertation entitled "On the Condition for the Existence of Triangles In-and-Circumscribed to Certain Types of Rational Quartic Curve and Having a Common Side". Her research supervisor Aubrey Landry also oversaw the doctoral dissertation of Euphemia Haynes, who became the first African American women to earn a doctorate in mathematics in 1941.

She taught in San Antonio for over 20 years, and then briefly at Incarnate Word Academy in St Louis, Missouri. In 1944, she left the classroom for good due to health issues, and returned to Texas to work as an accountant in a local hospital in Forth Worth, until she retired in 1964.

Moore tried to contact her directly in her later years. "I worked internationally, as an engineer, and in 1981 I was working for an American company. I was down in Texas—now this is pre mobile phones—and I spoke to one of the sisters in San Antonio. Basically, she was saying that Sister Mary probably wouldn't recognise me, she was disabled. I discovered that she was blind, and may have suffered from what we call Alzheimer's these days. She was a considerable age, and she died in 1983." 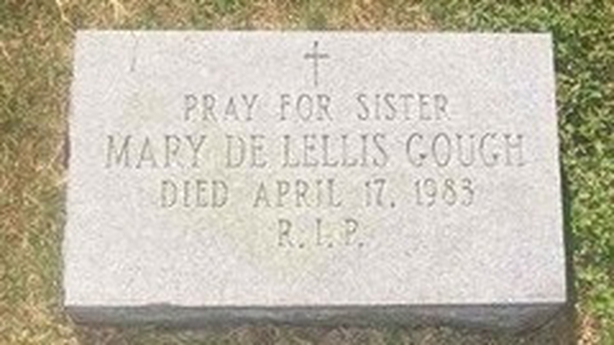 Stepping back and viewing Gough's life in the context of the era in which she lived, we have to note that the promise and potential of Irish independence did not provide the opportunities for women that many had expected. The decades immediately following the establishment of the Irish Free State saw the development of a gendered ideology that, apart from those in religious life, placed women firmly within the home sphere through an alliance between the state and the Catholic Church that seemed natural at the time. Also, not all who entered religious life did so on an equal footing.

"A lot of people from families in our area would have joined religious orders and entered the priesthood", Jim Moore notes about his grand-aunt. "The St John of Gods was a prominent local order, and there was St Peter's College seminary in Wexford town. My aunt made an interesting comment recently that Sister Mary would have gone nowhere if she had stayed here in Ireland, for the simple reason that she came from a very poor background. Her father was a labourer with five acres of land! She would have been used as a skivvy. Going to an order abroad gave her new opportunities."

Gough's achievements and career were fostered and nurtured by emigration to the United States, a familiar story in many Irish households then. Women of her calibre and level of achievement were very rare in those days. Her legacy should be cherished nationally and her accomplishments need to be showcased, appreciated and applauded. We have been very fortunate to unearth and make public this amazing woman’s story and are grateful to her family for their input. Perhaps, in time, a permanent commemoration in her honour can be placed in Co. Wexford.

Prof Colm Mulcahy is Adjunct Professor at the South East Technological University and Professor Emeritus at Spelman College, Atlanta. Dr Mary Cunneen is a Teacher Educator at the UCD School of Mathematics and Statistics and UCD School of Education.