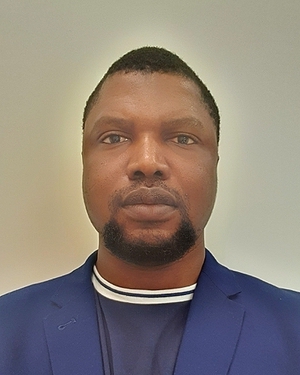 Analysis: leftover grain accounts for 85% of total waste generated by distilleries. What if it could be used to fuel cars and planes?

There are claims that Ireland was the birthplace of whiskey and that Irish whiskey was once the most popular liquor in the entire world. Commonly, the majority of Irish whiskey is triple distilled, providing a pleasant flavour for many whiskey lovers around the world. Irish whiskey is mainly produced from barley and corn while wheat, rye, and oats are utilised in smaller quantities.

The production of Irish whiskey is a very old tradition involving malting, milling, mashing, fermentation, distillation, and maturation. Malting is the first and the most crucial process in the production of whiskey. Malted barley is milled to produce a coarse flour known as "grist." The grist is soaked in warm water for several hours (mashing) to produce a slurry which is filtered to obtain a liquid  (called the wort), which is the basic liquid that is fermented and distilled to produce the whiskey.

The spent distillers' grain is the remainder after filtering-off the liquid (wort). In Ireland, an estimated 350,000 tonnes of grains are used every year by the Irish whiskey distilleries. It is estimated that one tonne of grains could produce between 372 and 378 litres of ethanol, generating between 457kg and 479kg of wet, spent grain. This means almost half of the initial grain ends up as waste, with spent grain accounting for about 85% of the total waste generated from the distilleries. This leftover grain presents a huge environmental burden globally, including in Ireland.

Currently, the spent grain is used in feed for animals such as cattle, fish, chickens, and pigs. Feeding the spent grain to cattle is more popular in Ireland since they are ruminants and can digest the spent grain. The problem here is that the leftover grains are not nutritionally complete and cannot be used only as the primary source of food for the cattle, therefore they are used as part of feed formulations.

Another challenge is that there is a low demand for this spent grain for cattle feeding during the summer as compared to the winter, coupled with the summer months being the peak production period for most distilleries. Also, the leftover grain is very wet and spoils very fast due to its high water content and can not be stored, plus it is expensive to transport due to its weight and volume. Drying to less than 10% for easy storage and transportation is also very expensive due to high energy cost, while disposing of these spent grain in landfill is also not an environmentally friendly alternative.

However, recent technological advancements have presented an opportunity to convert food waste into renewable biofuels, such as bioethanol which can be used in automobiles and aircraft engines. Bioethanol from plant sources (also known as second-generation biofuel) is a renewable fuel that can be produced from a variety of cellulosic and industrial food waste, such as distillers' spent grain. Bioethanol can also be produced from corn and sugarcane (first-generation biofuels), however, there are ethical concerns due to competition between growing food for consumption and growing food for fuel, thus raising the fuel vs food debate.

From RTÉ 2fm's Dave Fanning, Dr Niamh Shaw talks about biofuel and the future of other sustainable energy innovations

The conversion methods for producing bioethanol from cellulosic biomass resources like distillers' waste grain include a pretreatment procedure, such as drying, size reduction, and removal of lignin and other unwanted components such as protein, water and fibre. This is followed by the opening up of the structure of the cellulose and hemicellulose components in the plant cell wall. Acids or enzymes are then used to convert the hemicellulose and cellulose component into glucose (a sugar), which is then fermented to produce bioethanol.

Recently, there has been a huge interest in the use of bioethanol in automobiles and car engines. For example, bioethanol is added to gasoline to reduce gases that contribute to pollution and to boost engine octane. Most conventional gasoline-powered vehicles may use ethanol blends up to E15 (15% ethanol, 85% gasoline), the most popular of which is 10% ethanol, and 90% gasoline (E10). Also, recently, Delta, a US airline, completed its first carbon-neutral delivery trip using biofuels and fossil fuel sources.

From RTÉ Archives, 'Whiskey with an E' looks at the history of whiskey and the folklore surrounding it

Finally, the use of these inexpensive materials from Irish distilleries as raw materials for the production of bioethanol will improve the value of these underutilised food wastes, reduce the bioethanol production cost, and reduce dependence on non-renewable fuel sources, as well as reduce the environmental burden of food waste.

It will also draw Ireland closer to the European strategy of providing new technology to upgrade existing bio-based industries into integrated bio-refineries and will play an important role in achieving the Sustainable Development Goals.

Rasaq Abolore is a PhD student in TU Dublin researching the development of a novel biorefinery concept for the complete valorisation of distillery waste.