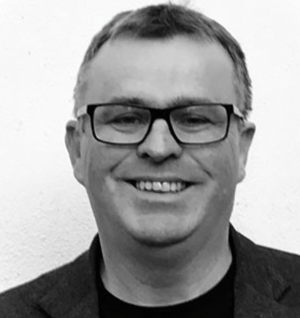 Analysis: job titles may be the least important signifier of a successful approach to managing and motivating staff

As the recent Northern Ireland election showed, leadership titles are important and act as key signifiers of ability for many. Prior to the election there was considerable speculation over whether some in the North could bear to see the title of "First Minister" on the desk nameplate of a Sinn Féin representative. The truth is that this role is clearly defined as being part of a joint office. As one political pundit recently noted, "neither one can order paperclips for the office without the other one's agreement".

We also have our own leadership title hang ups in this part of the island. This has been demonstrated by the Lanigan's ball approach taken to leading the coalition Government in recent years. The importance placed on having the title of Taoiseach or Tánaiste has been clear for all to see. As Michael Martin or Leo Varadkar continue to alternate key leadership roles, even well-informed political hacks sometimes get confused around changeover time. It takes a settling in period for each to be correctly described. Lke the North, one gets the impression that it is as much about the title as it is about the job.

Titles are also important in the business world. Author and management guru Robin Sharma suggests that "leadership is not a title but a behaviour and that we should just go ahead and live it". However, when most of us try to demonstrate leadership at work, we often find that it's difficult to get anything done without the authority of a title.

From RTÉ Radio 1's Morning Ireland, the idea of a rotating Taoiseach is unprecedented but not unheard of

Indeed, work titles in general have been changing a lot lately. A friend’s recent appointment as a Director of People and Culture is a case in point, a contemporary title that tries to signify a company’s intent to focus on the staff experience in the workplace. Where we once had personnel departments and HR managers, we now have Heads of Employee Experience, Employee Wellness Officers, Onboarding Teams and Talent Acquisitions Executives.

There was considerable media interest recently with the appointment of Ireland's first and apparently only "Vibe Manager" at the newly opened Hard Rock Hotel in Dublin. Described by Joe Balance, who has just taken up the post, as a "cross between an Entertainment Manager and a Concierge", the new role is an example of just how rapidly job titles are changing.

In the very early years of a now distant hospitality career, the title of "Manager" was one I coveted. However, the reality of the job presented somewhat differently. Like many hospitality graduates, my first leadership role was that of "Duty Manager", a title that promised much but frequently delivered little. The Duty Manager's role came with a big bunch of keys (and an even bigger bunch of problems) as he or she was often abandoned by more senior managers and left as the last line of defence in dealing with complaining customers. But clients often saw you as a source of solution and even wisdom because your badge (and your jangling keys) signified your leadership ability.

The role of "Chef" is another hospitality title traditionally tied to leadership, but one that has become somewhat misinterpreted. Historically, the word Chef stems from the French gastronomic term Chef de Cuisine and it provides us with an interesting example of how titles can reflect good leadership ability, or not. The word actually means chief or leader although its more contemporary use sometimes doesn't reflect that fact.

Anglophones now interpret the term Chef as referring only to practical cooking ability when in fact it means so much more. We commend people on their "cheffing" skills. By this we mean their ability to cook rather than to lead, as the original term also dictates. Echoes of the phrase "Yes Chef" often emerge from our screens as we watch the avalanche of cooking programmes that have emerged in the last 20 years.

One of the newest TV offerings is Future Food Stars hosted by Gordon Ramsay which offers a strange cross between The Apprentice and Dragons' Den formats, as food-focused entrepreneurs aspire to culinary success. Ramsay's dictatorial approach in the programme demonstrates how perceptions around food leadership can be heavily influenced, sometimes to their detriment, by modern media.

From RTÉ Brainstorm, my boss is a psychopath: why bad people get good jobs

Another example is the recently released movie Boiling Point which dramatically portrays the hectic pressures that can accompany a busy working kitchen. Though many have commented on its realism, it once again falls for the common trope of portraying the Chef as a stressed out tortured artist with limited empathy for the teams they lead. The hit US TV show The Bear also takes us inside the stressy world of a busy Chicago restaurant kitchen.

Using the term Chef as shorthand for skilled cooks has always been a feature in an industry that is built upon strict adherence to lines of command. We also have the terms Sous Chef (second in command) and Chef de Partie (leader of a defined kitchen section). Interestingly, there are other French gastronomic titles that haven't quite made it across into common parlance in the same way. The title of Chef de Rang (or Station Head Waiter) is a case in point.

The brigade system so beloved of French cuisine is the basis upon which most kitchens operate today and has its origins in the French military system. It was the renowned "King of Chefs", August Escoffier (1846-1935), who formalised many of the roles and functions of our modern kitchen system in the late nineteenth century. Having served a brief stint in the army during the Franco-Prussian war, Escoffier used his experience to re-organize his kitchens into military-like brigade systems. Cooks were assigned specific roles and locations and were led by supervisors – the generals of the kitchen - hence the title of Chef de Cuisine, Sous Chef and Chef de Partie etc.

French chefs like Escoffier may have developed the contemporary kitchen brigade system in the 19th Century but the hidden world of professional kitchen nomenclature has only become mainstream through increased media coverage over the last 20 years. It was public personalities like the aforementioned Ramsay, Marco Pierre White and others who embedded the term Chef in the public psyche and loud retorts of "Yes Chef" were an important feature of the intense work environments they projected into our sitting rooms! But titles don't always demonstrate leadership and the differences between the typical TV persona of the Chef and the reality can often be quite stark.

Culinary personalities like Ramsay and others frequently purport that to demonstrate leadership one must, scream, shout, dominate and intimidate. Sometimes these approaches bleed needlessly into our food and drink sector. Admittedly, few hospitality workers of a certain vintage have avoided the wrath of such leadership styles.

However, the majority who work within the sector today, recognise the folly of such approaches and the consequent necessity for teamwork and collaboration in the workplace. Such negative perceptions of kitchen leadership often do a great disservice to a sector which cannot find enough qualified chefs to satisfy rising demand.

Very few careers are subjected to the same level of exposure in contemporary media. Perception is important and the constant iteration of just one style of leadership belies the many pleasant and efficient kitchen environments out there. Of course there are some that reflect the aforementioned battlefield environment but they are becoming less common. There are others that achieve a successful balance between food passion, personal respect and achievement. The atmosphere created is always determined by the Chef who leads the team.

A recent experience at a college recruitment fair brought the issue into stark relief when a potential culinary student professed that their ultimate kitchen hero was Gordon Ramsay and the way he deals with people was particularly impressive. My heart sank a little when I realised the pernicious nature of how culinary careers can sometimes be portrayed.

Examples of good leadership can be found all around us and the most successful are often far from the autocratic style previously mentioned. One our most successful sporting leaders is Jim Gavin, the Dublin GAA football manager, who led his team to an unrivalled six All-Ireland wins in a row. Like Escoffier, Gavin might also have drawn on his military experience to help develop a successful leadership style in the field of competitive sports. He was a commissioned officer in the Irish Defence Forces for 20 years before his current role as Director of People and Operations at the Irish Aviation Authority.

In a rare interview to promote his new role as Chair of the Dublin Citizens Assembly, Gavin hinted at the key success factors of his leadership approach. They included empowering his players to make their own decisions, the importance of positivity and the futility of focusing on the negative. All factors that could be transposed into any successful working environment and the opposite of how kitchen workplaces are sometimes portrayed in popular culture.

Gavin was clearly the leader of the team but his power seemed to rest not in his title but in his ability to support the team and get them to focus on their own clear roles and individual strengths. The very best leaders do this. In many ways their titles become redundant and their authority is based on competence rather than some other outside force.

Leadership can be demonstrated in many ways and frequently titles are the least important signifier of a successful approach. The people who manage our working environments must not only demonstrate leadership through competence, empowerment and positive re-enforcement but younger generations need to be able to see such true leadership in action. Constant exposure through reality TV shows of media friendly but outdated perceptions of what good leadership means does little to improve future working environments. Career portrayals would certainly benefit from being tempered by more realistic approaches. A bit more Gavin and a bit less Ramsey might be the order of the day. 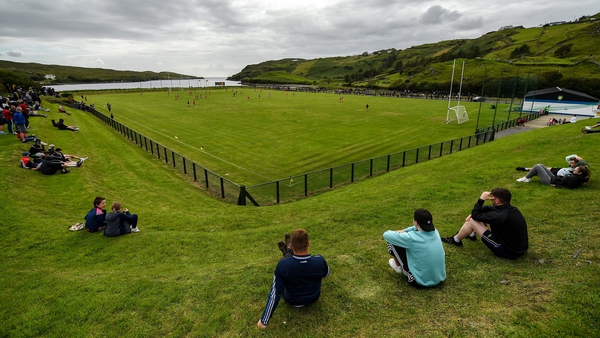 'Pride of place': GAA clubs and the community around them