Analysis: drug testing at music festivals has been used as a harm reduction strategy, so what have others countries learned from it?

"The message is that taking drugs is a really risky business and we know people do use drugs, it's a big part of our society, so there's an onus on us to pass on information that will keep those people safe," says Prof Jo-Hanna Ivers who is Assistant Professor in Addiction at the TCD School of Medicine.

The most recent European Drug Report from the EMCDDA shows that Ireland has the joint-highest rate of drug-induced deaths among 16 to 64 year-olds in the EU, along with Sweden. According to research by the CityWide Drugs Crisis Campaign, Ireland has seen a 225% increase in deaths from drugs in last 25 years.

The Health Service Executive (HSE) recently announced a pilot programme of anonymous drug testing at the Electric Picnic festival, the first of its kind in Ireland. So how does drug testing work as a harm reduction strategy - and what have others countries learned from it?

From RTÉ News, a HSE drug testing pilot programme is to take place at the Electric Picnic music festival this weekend.

The drug testing service at the festival is part of an ongoing drug harm reduction campaign and will see a designated tent where people can anonymously drop-off substances in a "surrender bin". The HSE can then test the drugs and identify what's in the substances to communicate via social media and festival promoters if there is a particularly dangerous drug or a drug with high potency in circulation at the festival.

"Places like supervised injection facilities present an opportunity for intervention and it's the same with drug checking facilities, that you can exchange information with someone while they're there - so there is an opportunity to intervene on the drugs end, but ultimately that aim is to keep to keep people safe," says Ivers.

As a service, drug testing has its limitations, Ivers explains. "When people take drugs the danger is that they either are not taking what they think they're taking, so in other words I think I'm taking MDMA and end up taking PMC and and it's highly toxic and I die. So the danger is that I either take a substance I don't know I'm taking or I take a substance in such potency that it becomes highly toxic and dangerous."

"What drug checking does very simply is exactly that: it checks what's in the drug and the level of potency of that drug —depending on on the checking services — and then it acts to communicate that to the user. So it's effectively reducing that harm."

"I suppose, to play devil's advocate the the biggest pushback is that, if we test drugs are we encouraging more people who wouldn't use drugs to use drugs, or alternatively those who are using drugs to use more? The science has asked those questions."

We need your consent to load this rte-player contentWe use rte-player to manage extra content that can set cookies on your device and collect data about your activity. Please review their details and accept them to load the content.Manage Preferences
From RTÉ Radio 1's Morning Ireland, drug use among young people is rising

Having looked at the literature collectively and systematically, Ivers says they have found that the self-reported data generally shows that drug checking or drug testing didn't affect behaviour in terms of usage. "Overwhelmingly festival goers and people enjoying the night time economy want this as a safety measure and, I think, it can do no harm."

Dr Michael Pascoe is a research associate at Cardiff University and volunteer with UK drug checking service The Loop. He says The Loop's research has previously shown that around two thirds of UK festival-goers dispose of their drugs if they're different to what they expected. For ecstasy tablets which are stronger than expected, 59% report taking less than they had originally planned. Even when the strength was as expected, 37% reportedly took less after speaking with harm reduction professionals.

"This means our service may reduce the risk of adverse events, such as poisoning or overdose," he says. "In my professional opinion, drug testing at festivals can prove extremely useful for monitoring drug trends whilst keeping the general public and professional services informed about what is circulating on-site and within the community. I think we're moving in the right direction and the evidence suggests that our interventions help reduce particularly high risk drug use behaviours. Our alerts reach a lot of people in social media so testing at festivals benefits the broader community too".

We need your consent to load this rte-player contentWe use rte-player to manage extra content that can set cookies on your device and collect data about your activity. Please review their details and accept them to load the content.Manage Preferences
From RTÉ Radio 1's Morning Ireland in January 2016, Public Health Wales' Josie Smith explains the drug testing programme in Wales

"You have a direct link to the person who's using the drug, whereas with the other one — it's still a great step in the right direction — but you are putting out a message in the hopes that people get the message so you don't have that the user themselves. It's definitely better than no service at all," she says. "To bring it back to the data, for our national survey when we looked at it people want the "call to service" type service. Again if we're looking after people's needs and what they want and keeping them safe in the way that they want to, I would say for that reason it is superior."

However, An Garda Síochána has stressed that the legislation on drugs hasn't changed. There is no "amnesty" from arrest or prosecution at the festival if you are found in possession of drugs, but Gardái will not be "watching" or patrolling the medical tent.

"There is no defence, 'I’m on my way to the tent’," Detective Superintendent Sé McCormack of the Garda National Drugs and Organised Crime Bureau told the Irish Examiner. "There is no part of the ground that says it's OK to hold illegal drugs. If you have illegal drugs in your possession and you're stopped and searched, and you're found in possession, then consideration has to be given to prosecution," he said. McCormack said An Garda Síochána supports the HSE initiative.

"If you look at other studies and you look at our study, you can see that "amnesty" is the least favoured option," says Ivers. "There's probably two reasons for that; one is the fear of walking up, placing something in the bin and then wondering if you'll be allowed to to leave. That's a real fear for people because they talk about the legal retribution and push-back in in all studies that look at this. It's really up there as a key motivator of not wanting to do it."

"The second thing is, to be logical about, it's the "what's in it for me scenario". You’re asking people to you know donate a piece of their "stash" if you like, see what's in it for the greater good of everyone."

Drug checking at house parties and other events was officially prohibited in the Netherlands in 2002, says Laura Smit-Rigter, drug researcher from the Trimbos Institute and national coordinator of DIMS (Drug Information and Monitoring System) in the Netherlands. "The argument that was used at that time was that on-site drug checking at house parties would be misused to legitimate the use of ecstasy at these events.

READ: 5 things a Citizens' Assembly on drug use should consider

"While drug checking services have demonstrated their capacity for monitoring drug markets and to effectively warn for extra hazardous substances, there is still little evidence for drug checking as a harm reduction tool in terms of behavior change or reducing drug-related harm. A number of recent studies have shown the positive impact of drug checking on the intention to dispose a drug once an adulterant has been detected."

Smit-Rigter says the most important lesson that can be learned from the Netherlands and other countries as well is that trust is required to have a successful drug checking initiative. "It is key to gain trust and get support not only from policy-makers and national or local authorities, but prospective service users, who initially might be suspicious and not easily be persuaded to visit a drug checking service for several reasons. Only when they are ’on board’ and submit their drug samples for chemical analysis a drug checking initiative can be a valuable asset."

READ: Why are drug-related deaths increasing when they are preventable?

Ivers says the feeling of trust and safety around drug checking has to be built. "I think there's going to be a high proportion of people that would be still afraid. It's in data when we’ve asked people why they haven’t used a service or if they would, and if they wouldn’t, why would they not. Certainly that fear of being caught.

"From our data, 75% of people said they’d use an amnesty bin in comparison to 96% of people wanting to use a service. It will be interesting to see whether that translates into any kind of real figures in terms of donation." 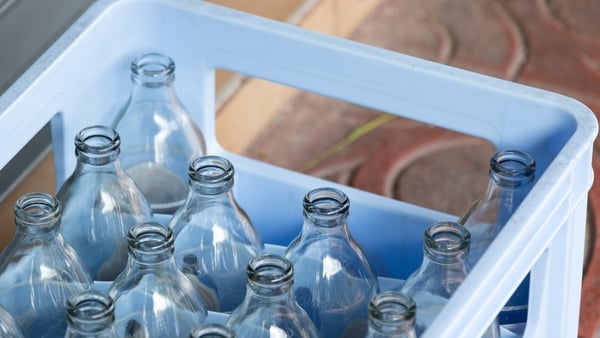 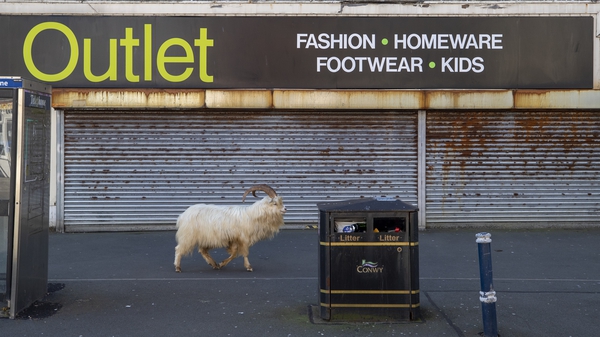 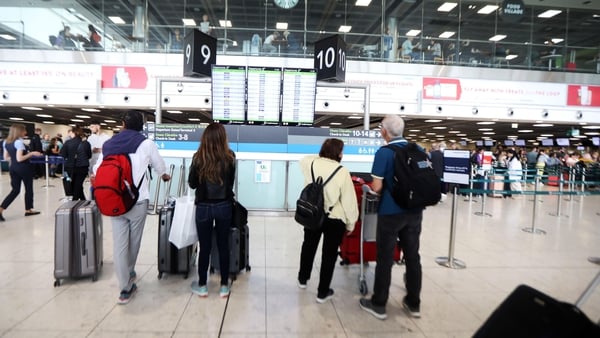 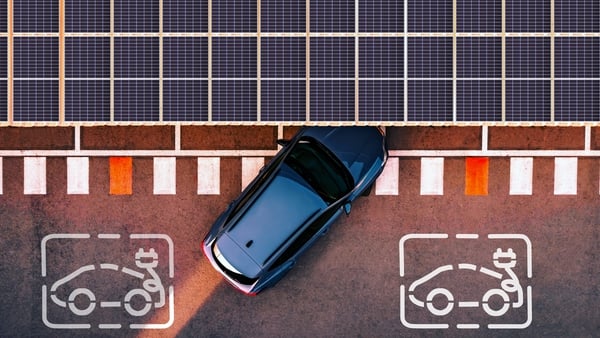 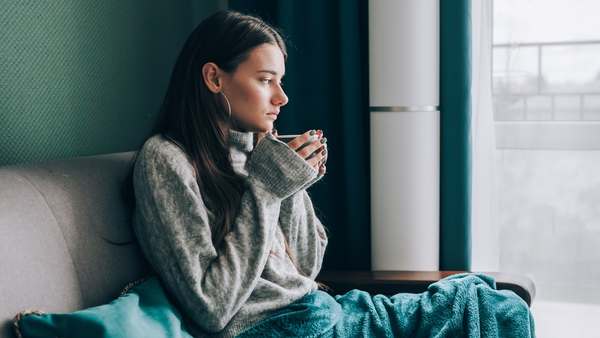