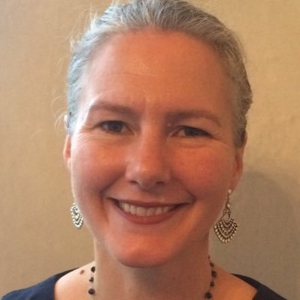 Drug-related deaths have continued to rise across Europe in the last decade. It is estimated over 9,000 lives were lost to drug overdoses in 2017. Heroin and other opioids were linked to 85% of deaths and those most likely to be affected were men in their 30s and 40s.

In Ireland and the United Kingdom, overdose mortality rates are three times higher than the European average. In Scotland, where drug related deaths have doubled in the last decade, people are dying at over nine times the European rate. The number of deaths far exceeds lives lost in road accidents in Scotland: there were 1,187 recorded drug related deaths in 2018 compared to 160 road deaths.

International research and evaluations have assessed a range of public health responses that have proven effective in reducing the risk of drug related deaths. Examples include the availability of substitution treatments such as methadone, which can replace illegally sourced drugs and help people stabilise their drug use. Access to naloxone is another effective measure, as it is easy to administer, blocks the effects of opioids and can rapidly reverse the suppressed breathing that leads to overdose death.

From RTÉ Radio 1's Morning Ireland. Conor McMorrow reports on an Oireachtas Health Committee session which heard that more people die from drug overdoses in Ireland than in road accidents

Drug consumption rooms (DCRs) are another proven life saving measure. Also known as supervised injecting rooms, they provide a safe, hygienic space where people can legally inject or consume illegal substances under medical supervision. First established in the 1980s in Switzerland, they are now found in 11 countries, mostly in mainland Europe but also Canada and Australia.  While the facilities operate legally, none of these countries has legalised drug use itself more broadly. These rooms are recognised as a public health response to the specific problems have been arisen from street-based drug scenes and public injecting.

International research has found drug consumption rooms are highly successful in reducing the harms associated with drug use for both clients of services and for surrounding communities and businesses. These benefits include reducing the risk of transmission of blood borne viruses such as HIV and Hepatitis C, increasing access to drug treatment, and reducing the frequency of non-fatal overdoses. Remarkably, no-one has ever died in a drug consumption room anywhere in the world and trained staff have had a 100% success rate in responding to potentially fatal overdoses.

Studies have also looked at concerns that supervised injecting facilities bring increased problems to neighbourhoods and communities already under pressure. Contrary to many claims made, research has found that drug consumption rooms do not increase drug injecting, drug trafficking or crime in the local area. Public injecting in fact decreases, as does drug litter drug such as used syringes, improving the amenity and safety of neighbourhoods.

From RTÉ Radio 1's News At One, Minister of State for Communities and the National Drugs Strategy Catherine Byrne on the refusal of planning permission for Ireland's first ever supervised injection rooms

Despite the success, drug consumption rooms remain controversial. There are no facilities in either the UK or Ireland. The UK government has considered and rejected a number of proposals, disputing the evidence of effectiveness and raising questions about their suitability in the UK context. A new report has just been published by the House of Commons Health and Social Care Committee which recommends "radical change", including consultations on decriminalisation and such harm reduction measures as drug consumption rooms. There has been a strong campaign for a drug consumption room in Glasgow, which is facing a crisis of overdose deaths. Despite Scottish government support, Westminster continues to present legal roadblocks.

It is a different story in Ireland where the Government passed legislation in the Dáil in 2017 allowing for the introduction of supervised injecting facilities. The project has been tendered to charity Merchants Quay Ireland (whose annual report has just been published), but implementation has been obstructed by local planning processes and there is no resolution is sight.

My recent study into drug consumption rooms in Australia and Canada offers lessons for those interested in developments in Ireland and the UK. The ongoing criminalisation of drug use is a key constraint that prevents governments from adopting more rational policies and the rooms operate most effectively when they are exempt from existing criminal law.  But the opening of a "chink in the armour" of prohibition presents a dilemma for governments. The issue of being "tough on crime" is a recurring theme in the electoral cycle and drug law reform is not a popular campaign issue. Strong political will is required for reform.

Criminality also fuels stigma, providing a justification for why drug users are not deserving of levels of health service we expect for the general community. In Canada, the Supreme Court supported drug consumption rooms on the grounds that it was a constitutional right for citizens to have access to health services that were proven to save lives. Elsewhere, stereotypes of "junkies" and "addicts" are used as an excuse to continue to implement policies with poor outcomes.

My research also found that politicians often opt for making moral points rather than responding to evidence of what works. Yet that morality is often one-sided, based on an argument of not wanting to condone drug use. Debates on compassion and humanity feature less, yet have proven successful for campaigners. While evidence is important, appeals to emotion are a powerful tool in the policy process. The stories that advocates tell matter, particularly when they are focused on drug users as people – as daughters, sons, fathers and mothers.

Where positive steps have been taken to save lives, political leadership has been critical, but even more important have been the direct actions of communities. In Canada, when the government failed to address soaring death rates from the opioid overdose epidemic, communities stepped in. Their defiance of the law, by providing services to people in need, could not be ignored by the government and brought about lawful change from the ground up, saving lives in the process.