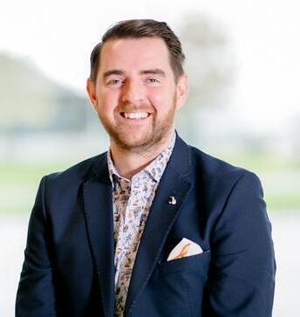 Analysis: the Literature and Ireland's Trees project is aiming to produce an archive about the tree in Irish writing and culture

The snow is famously general over Ireland in James Joyce's The Dead, a whiteness blanketing "treeless hills". Joyce alludes to an woodland absence, prompting us to ask, where’s the tree in Irish literature?

A new research project Literature and Ireland’s Trees is looking to build a popular archive about the tree in Irish writing and culture. We want to know about your favourite literary tree – in Gaelic or English, in any genre or literary period. What type of tree is it? How does the literary work make it memorable?

The aim is to identify how trees connect with us through memory and story. Doing so is more vital now than ever before as we see forest fires across Europe and as the Irish government plans large-scale tree planting as part of its climate action strategy. In times like these, to echo the poet Adrienne Rich, we must listen to "and talk about the trees"

Although Ireland remains the least forested country in Europe, its culture has long done such listening. In ancient Ireland, species such as the oak, hazel and yew were prized as "nobles of the wood". Felling a sacred tree brought severe penalties.

Poets lamented fallen trees or imagined life among them. For example, in The Frenzy of Sweeney (Buile Suibhne), dating back to the 9th century, and translated by Seamus Heaney as Sweeney Astray (1983), a Yew tree provides sanctuary for the banished man, who composes love poems to his tall, green companions.

Ogham, the ancient Irish alphabet, is based on trees, and reflects a culture where they were honoured and carefully categorised. Its tree language has been beautifully imagined by visual artist Katie Holten, who is now working on a tree-inspired translation of Ulysses. In the Cyclops episode, Leopold Bloom encounters the Citizen, who blames what he calls the "yellowjohns of Anglia" for Ireland's depleted woodlands. "Save the trees of Ireland for the future men of Ireland on the fair hills of Eire, O".

In the same episode, Joyce playfully imagines a tree wedding, with guests including "Miss Gladys Beech" and "Mrs Barbara Lovebirch", tree-punning names a commentary on Irish social hierarchies. The literary tree reflects history, a device on the part of the writer to interpret Ireland past and present.

The claim that before the Tudor conquest, a red squirrel could traverse Ireland and never touch ground, an example of the nationalist thinking of Joyce's Citizen, conveys the deforestation that colonisation precipitated. In the 1600s, a contemporary of the bardic poet Eochaidh Ó hÉoghusa observed that "poetry is touched by decline".

So too were the woods. In her poem Becoming the Hand of John Speed (2006), Eavan Boland surveys Ireland like a Tudor cartographer, noting how "Forests collapse, flattening all their wolves". Ó hÉoghusa’s own lament for Hugh Maguire, Fúar liom an adhaighsi dh'Aodh, imagines his patron battling against the elements that prove equally harsh for a "wild hare in the woods".

Ireland's woods became supply chains for English shipping. Small wonder some Bardic poets took a backward glance to remember a lost green world. Occasionally, among inventories of tree exports, a living tree comes into view. William Brereton, passing through Glenmoullen, Co. Wexford in the 1620s, noted "in this wood I observed and tasted of the dew which fell upon the oak leaves, which glistened and shined and tasted like honey". English observers often imagined Ireland's abundance as resource awaiting utilisation, but the oak comes alive here again.

From TED, ecologist Suzanne Simard on how trees talk to each other

The literary tree is our quantum-leap back to past worlds. Like the mycorrhizal network that forest scientist Suzanne Simard has identified, the "wood-wide-web" through which trees communicate, literary trees also reveal connections across time. At Coole Park, near Gort, one can stand below Lady Gregory's Autograph Tree and see the signatures of Yeats, Synge and other writers of the Irish literary revival. In Coole Park and Ballylee, Yeats notices the beeches in Gregory’s estate "nature’s tragic buskin" now "a mirror of my mood".

In Belfast-born John Hewitt's poem The Colony (1953), trees convey the trauma of Irish history: "thrusting north and west, we felled the trees". Bearing witness to the past, the poem seeks to "invent a legend of those trees" while "plotting and waiting for a bitter revenge/on their despoilers". Divisions on the island merge into a new awareness of nature: "I mourn the trees/more than as symbol", writes Hewitt, as his poem aligns human rights, "drawn from the soil and the sky", with what we would now call the Rights of Nature.

These examples of the tree in Irish literature reveal how it connects with history, reflects a writer's inner state and expresses a nostalgia for a once richly wooded land

Trees also provide Irish writers with a language to tell a story. The characters in Lynn Buckle's novel What Willow Says (2021), for example, communicate using sign language, but grandmother and granddaughter also keep noticing trees and develop their own intergenerational tree language.

These select examples of the tree in Irish literature reveal how it connects with history, reflects a writer’s inner state and expresses a nostalgia for a once richly wooded land. Literature and Ireland’s Trees now wants to hear from you so that we can build a broader understanding of the role of trees in our literary culture, and record how literature helps us to regard trees as life-forms deserving our respect and protection.

Dr Stephen O'Neill is Associate Professor in English at Maynooth University. He is an Irish Research Council awardee.