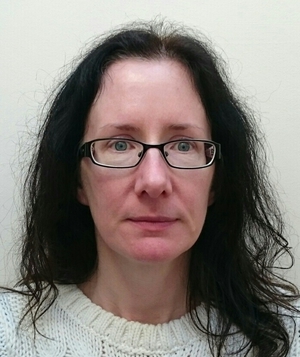 Analysis: the country's surviving ogham stones give a fascinating insight into the development of the Irish language

Ireland is well known for its rich literary tradition stretching back to the early medieval period. Dating from roughly the seventh century (although mainly surviving in later manuscript copies), our earliest texts contain diverse material in both Latin and Irish.

However, there was writing in Ireland in the centuries prior to this. This was not in manuscripts but on stone, and not in the Latin alphabet that we still use today, but in a unique writing system created especially for the sounds of a very early form of the Irish language – ogham (Modern Irish spelling, pronounced [ˈoːm]; in Old Irish spelt 'ogam' and pronounced [ˈoɣəm]).

The ogham writing system uses a series of one to five lines and notches (for vowels) relative to a stemline, generally the natural angle or edge of the stone, reading vertically up one side, across the top and down the other. Ogham stones appear to be the Irish version of a wider phenomenon of individual inscribed memorials on large pillar stones probably marking burials of high status individuals.

In areas which were part of the Roman Empire, these were typically in Latin using the Latin or Roman alphabet. However in Ireland, the Irish language was used with its own script, ogham, comparable to the use of runic inscriptions in Scandanavia. Although it is likely that ogham stones marked burials in at least some cases, we do not have direct evidence of this, possibly partly due to a lack of modern excavation at ogham sites.

There are over 400 surviving ogham stones in the landscape today, the bulk of which (approximately 360) are in Ireland. They are found in most counties, but the highest concentrations are in the south west, particularly in Kerry, Cork and Waterford. Those outside of Ireland are found in areas where the Irish settled following the collapse of Roman rule in Britain, primarily in Wales, Devon, Cornwall, the Isle of Man and Scotland.

Many of those found in Wales are bilingual, with text inscribed vertically in ogham on the edge of the stone and the equivalent horizontally in Latin script on the face. Although some have been moved from their original context and even re-used later as building material, many ogham stones appear to be associated with early church sites. Indeed, some are also cross-inscribed, but it can be difficult to say whether or not the inscription and the cross are contemporary.

Ogham inscriptions consist of names of individuals (in the genitive or possessive case), sometimes followed by the father’s name and occasionally an ancestor or kin group name and they are almost always men. Only some of these names are still in use today but the difference in spelling shows the extent of the development of the language, particularly between the 5th and 8th centuries.

Knowledge of ogham was never lost as it continued (and evolved) in the manuscript tradition where the names of the characters continued to be an important part of a scholars training.

Apart from ogham stones, the ogham script is occasionally found on portable (generally personal) objects of other materials, such as bone, antler, metal and even wood. However, these inscriptions appear to be later than those found on ogham stones. For example, the 9th-century Ballyspellan Brooch from Co. Kilkenny in the National Museum of Ireland collection, which has four names inscribed in ogham on the back, which are thought to be the names of the owners. It is likely that ogham was carved on wood in the earlier period also. Wood does not preserve well, unless in wet or waterlogged sites, which may explain why we don’t have more ogham-inscribed wooden objects.

Even though most objects are displayed to see the 'front' of the object, it is important to look at all sides. Did you know that the back of the Ballyspellan Brooch has an Ogham inscription? #SecretMW #MuseumWeek pic.twitter.com/ToMxq3kBr2

The Latin alphabet (mainly half-uncial script) eventually replaced the earlier use of ogham script on stone, but the change was more than simply replacing one script with another. Although we have a number of upright stones with Latin letter inscriptions in Old Irish, recumbent slabs became the norm, the majority of which were also cross-inscribed. Vertical text was also replaced with horizontal and the ogham formula type: X MAQI Y... (‘of X son of Y...’) was replaced with a different formula, most commonly beginning Oróit do... (‘a prayer for...’).

These examples of our earliest writing in Ireland give us invaluable information on the early development of the Irish language, literacy and personal names. The rapid changes in the language, writing system and medium of communication demonstrates a period of intense social upheaval. Inscriptions are still being discovered and these have the potential to increase our knowledge on the language and people of this fascinating period.

Find out more about the Ogham in 3D project here.

Dr Nora White is a post-doctoral researcher on the ERC-funded Chronologicon Hibernicum (ChronHib) project in the Department of Early Irish at Maynooth University. She is also Principal Investigator on the Ogham in 3D project.