Opinion: supporters don't like teams who dominate a sport year after year, but we do know that these reigns won't last forever

A sports dynasty is when a team has a consistent ability to win over an extended period of time. Some success runs can last three or four years with core players, but others can go on for decades and can change the culture of a particular sport. When a team dominates a sport, it is difficult to root for them to keep winning, but it is important to appreciate teams who forge sports history in front of our eyes.

The Manchester United dynasty created under the management of Alex Ferguson dominated English soccer and transformed the club into the biggest in the world. When Ferguson was first appointed manager in 1986, the following years would see United go without silverware and hovering above the relegation zone. His revamp of the club's infrastructure, its coaching and scouting brought about a change of fortunes and he went on to led the club to 38 trophies, winning 13 Premier Leagues, five FA Cups and two UEFA Champions League titles.

Ferguson retired from management at the end of the 2012-13 season, winning the Premier League as he went out the door. Since then, United have failed to emulate the dominance of the Ferguson era and their form has never recovered for a sustained period of time.

Many anticipate that a similar fate could befall the Kilkenny hurlers when their manager Brian Cody finally hangs up his cap. Truthfully, Kilkenny’s golden era has already passed, as they no longer dictate the hurling landscape in the way they did in the 2000s and 2010s.

When Kilkenny won their fourth Liam MacCarthy in a row in 2009, they matched the achievement of the Cork hurlers in the 1940s. Their most recent All-Ireland title came seven years ago, which is a longer wait than usual for this traditional hurling stronghold. Nevertheless, Kilkenny are almost always in contention for titles, which is a real measure of their rich hurling heritage.

From RTÉ 2fm's Game On in 2019, interview with Kilkenny manager Brian Cody

We are now in the midst of another hurling dynasty in the shape of Limerick. Riding on the crest of a wave with four All-Ireland titles in five years, Limerick’s dominance has now reached the point of expectation. It will be some time until Limerick are considered underdogs in any championship match, which brings about a stifled terror for opponents.

But as with any sports dynasty, success will not last forever. As sports fans, we are reminded to behold these marvels while we have the chance - though try telling that to Cork supporters watching Limerick dismiss them by 16 points in an All-Ireland final.

The New Zealand rugby team have been one of the most fearsome sports dynasties. The All Blacks are the most successful international men’s rugby side of all-time with a winning percentage of 77% over 580 Tests between 1903 and 2019. For opponents, it is a sweet moment when teams like the All Blacks are overthrown and moments such as Ireland’s compelling victory over them in December 2021 are treasured in the annals of sports history. For sports dynasties, the focus then turns to how to re-establish their supremacy at the next possible opportunity.

There have been multiple eras of sports dynasties for professional teams: New York Yankees in baseball, Brazil in soccer, Montreal Canadiens in ice hockey and Boston Celtics and LA Lakers in basketball. This brings about futile arguments about which team in which decade would beat the other. Professional or not, consistently and legitimately winning championships is difficult for any team and their achievements must be respected - even if it is through gritted teeth and reluctant applause as they take to the winner’s podium.

You know you're dealing with historic dominance any time all-time records are within reach. If the 1970s and 1980s in Gaelic football were all about Kerry, then the 2010s were all about Dublin. While there was much talk of Dublin’s historic six-in-a-row titles in 2020, several of their female counterparts had already achieved these feats long before, cementing their status as dynasties of the game.

Kerry captured a record nine consecutive senior football titles between 1982 and 1990 in a truly great era for the county. When Cork won their first ladies senior football title in 2005, it started a dominance which saw them with five-in-a-row titles (2005-2009) and six-in-a-row (2011-2016). This remarkable achievement was made even greater by the fact that the team featured dual players who also won several camogie titles with Cork during this time.

The era of sports dynasties and exactly when a team has hit the peak of their powers can only be determined with hindsight. This reiterates that all dynasties must ultimately come to an end. As supporters, we do not like teams that dominate sports year after year. But we don’t have to like these teams, just appreciate them as history necessitates. 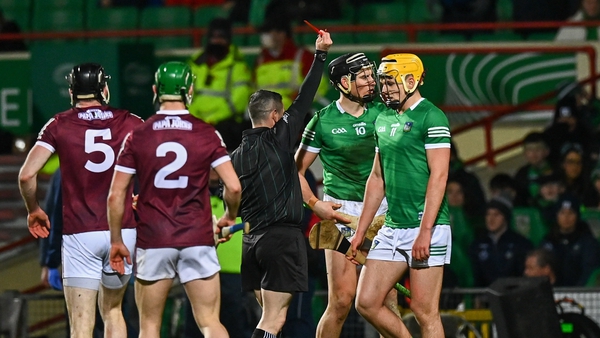