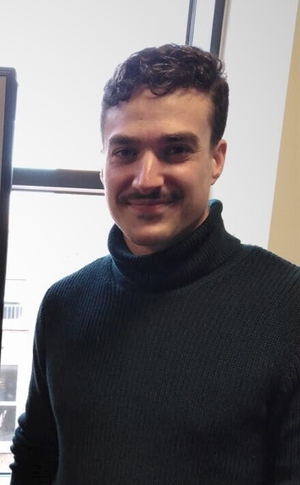 Analysis: tulpas and the tulpamancer community provide a source of companionship, happiness and socialisation for many

Arwing * is a tulpamancer. She has been for over a year now. Her tulpa, Madge *, is an elf-like female around 20 years of age. That's how Arwing made her. But Madge has since also adopted her own affectations: she wears a raggedy black dress and doesn’t wear the shoes Arwing created for her. Still, Madge follows Arwing everywhere. She has to. She and Arwing share a brain.

Tulpas are an act of special creation and a tulpamancer is the name for someone who creates tulpas. The practice and etymology find its origins in Tibetan Buddhism, with the Buddha being said to split his mind into countless bodies to fill the sky. Its current incarnation finds itself free of religious connotations and is viewed as more of a mind-bending psychological pursuit. Nowadays, people pursue tulpas from a mixture of curiosity, creativity and a desire for companionship.

A tulpa's form is limited only by the creator’s imagination. Some are humans, some are dragons, some change forms on a whim. With a community just shy of 40,000 members, Reddit is one of the many places tulpa communities can be found. Here, tulpamancers discuss their creations and experiences. Sometimes the tulpas talk through their tulpamancer directly. Sometimes tulpas have their own tulpas. Sometimes people have sex with their tulpas.

From Cult of Just Weird podcast, interview with tulpamancer Nycto and his tulpa Siouxsie

The act of creation begins with defining the new personality. This must be extremely specific, otherwise the finished tulpa may be malformed. It starts with parroting: the tulpamancer talks to their idea of the tulpa, replying with what they think the tulpa would say. It takes a long time - months by most accounts - before the host hears a voice in their mind answer them back. And answer back they do.

For many, tulpas and the tulpamancer community provides a source of companionship, happiness and socialisation, but it is not without its problems. For some, it's an inability to 'switch off' their tulpa once they have created it. Many tulpamancers report being able to see their tulpa in the room with them whenever they choose, but also when they don’t choose.

Even though the content may be positive, it does stray into being intrusive. They require attention and affection and have the same needs as the average Joe. There have been cases of neglect within the tulpa community, sometimes resulting in a tulpa turning on its creator and becoming a source of persecution. To ensure this need for attention is met, some tulpamancers have taken to wearing a Bluetooth headset so they can speak freely with their tulpa without attracting too many sideways glances.

From Tulpa Guides, what is a tulpa?

Talking to an autonomous entity you’ve created in your head? Self-induced auditory and visual hallucinations? It’s no coincidence one might wonder at the mental wellness of a tulpamancers. A mental disorder is defined as a behaviour or mental pattern that causes significant distress or impairment of personal functioning. Most common comparisons point to aspects of schizophrenia, in particular hallucinations and delusions sometimes found in the disorder.

The trouble with the comparison, among other things, is that schizophrenia is a complex condition which can also encompass paranoia, disorganised thinking, difficulty with socialising, motivation, energy and emotional expression. On the face of it, if anything, someone pursues tulpamancy to benefit their life. In a community led census from 2018, 95% of participants reported that their tulpa had a positive effect on their life.

People often take up this pursuit from a place of curiosity and find it fills a gap they may have elsewhere in life. Concrete research on the phenomenon is scarce, so the validity of the hallucinations are based on subjective experiences and open to interpretation.

While it may not be a disorder in itself, it is perhaps more interesting to consider what happens when it occurs in the presence of already diagnosed mental illness. In the cases of social anxiety, avoidant personality disorder and loneliness, it could even be viewed as a coping skill. Whether it serves as a short-term solution to help bring some support in the face of stressors, or serves as an avoidance of conventional supports, is a matter for further research. After all, each of us has our own voices in our head (mine keeps telling me how many eyebrows I’ve raised from people reading this article); the difference is where you attribute that voice to be coming from.

From my time learning about this phenomenon and the community surrounding it, I got to understand the depth of the discipline and commitment needed to go down this road. There is a dedication to the unusual. And the reward - while not without its dangers - is that they find what they were looking for. Whether it’s companionship from a self-made friend, or the support to be found within the community, the voice in my head wishes them well.

* The names of all individuals and tulpas have been changed.