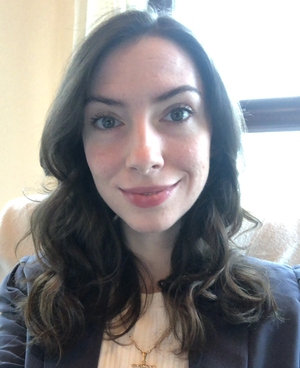 Analysis: many states have had their eyes on the skies with regards to military expansion into space for decades

The vast expanse of outer space holds more than planets, moons and satellites; it holds the possibility of offering the greatest 'higher ground' or military advantage possible to a state. As the world witnesses the latest armed conflict unfold in Ukraine, the invading state Russia and many of its military-power counterparts have had their eyes on the skies with regards to military expansion for decades.

The militarisation of outer space

The ‘militarisation’ of outer space began with the first launch of a satellite in 1957. The Soviet Union’s satellite, Sputnik I was the first satellite launched into orbit and served as the catalyst that provoked a response from the United States with the space race of the time. It also triggered a new level of interaction between humankind and outer space through the launching of human-made technology into orbit. While Sputnik I triggered the launch of all satellites, many of these were developed to serve military functions and continue to do so today.

From RTÉ Radio 1's Morning Ireland in 2007, Leo Enright discusses the 50th anniversary of the launch of Sputnik 1 and the start of the space race

It was the use of these military satellites that resulted in the 1991 Gulf War being recognised as the world’s first ‘space war’. During this conflict, the US-led coalition used satellite-retrieved information, such as imagery, to navigate troops through the desert and to track the location of the opposing Iraqi forces.

The use of this information by the coalition forces to plan and inform ground-operations against Iraqi forces, whose ground-based conflict plans were out-dated by comparison and who were also subject to a satellite-information embargo, resulted in a one-sided conflict. The effective use of military satellites to inform military manoeuvres during the Gulf War signalled the turning-point by which all future conflicts would likely be 'space wars’, even if they may not occur in outer space.

Weapons tests occurred in the proximity of outer space as early as the late 1950s and into the 1960s, with high-altitude tests of nuclear weapons. Due to the destructive effects witnessed during these tests, the Soviet Union and the US agreed the Treaty Banning Nuclear Weapon Tests in the Atmosphere, in Outer Space and Under Water (Limited Test Ban Treaty) in 1963. This ban was consolidated by Art IV of the 1967 Outer Space Treaty, which prohibits states from placing nuclear weapons or weapons of mass destruction in-orbit or stationing them in outer space.

But apart from these two categories, there is no express prohibition on placing and using other ‘conventional’ weapons in outer space. While these weapons may not currently be in orbit, they are being tested. Anti-satellite missiles, typically earth-to-space weapons systems, are used by states to destroy their own aging satellites. Only a few states have these weapons capacities, namely Russia, China and the US, with India also joining these weapons mega-powers in 2019.

Any use of an anti-satellite weapon in outer space increases tensions around the possibility of an outer space arms race. The prospect that a conflict could be waged from earth to space, space to earth or in space itself inches closer to reality.

From The Economist, is space the next frontier for war?

Tensions are already high in the outer space environment as the number of outer space participants and objects are constantly increasing. Elon Musk’s SpaceX, Jeff Bezos’ Blue Origin and Richard Branson’s Virgin Galactic are pursuing different aims in outer space. These activities operate in and around the ever-increasing numbers of satellites in orbit, space junk and activities of states’ space agencies, such as NASA's Artemis Mission to return to the moon.

Outer space serves as home to all these processes, players and objects, maintaining a careful balance that a weapons test could damage, and weapons used in conflict would destroy. As a result, the use of weapons in this crowded environment is a legitimate and ever-present fear.

While the Outer Space Treaty reserves the use of outer space for peaceful purposes, the reality of technological advancement of weapons and the increase in weapons tests has caused tates to view Outer Space as a prospective battlefield. NATO added outer space as one of its operational domains in 2019 alongside ground, air, sea, and cyberspace. In the same year, the US added a space force branch to its military forces, with other states likely to follow suit.

Outer space is currently illustrative of humankind's technological and scientific progress and offers many beneficial exploration and discovery opportunities. But it also remains a high-tension area at risk of becoming a weapon-zone should states with space-faring capabilities chose to extend on-earth conflicts skywards.

Ciara Finnegan is a PhD student at the Department of Law at Maynooth University. She is an Irish Research Council Government of Ireland Postgraduate Scholar.