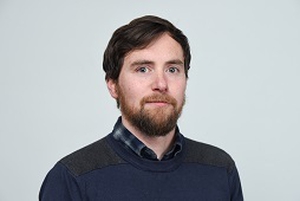 Analysis: there will always be a tension between what a law stipulates in language and what that means in the world around us

There was quite a lot of media attention recently on the story of a west Cork shop-owner who was issuing credit notes to the value of €47 to customers purchasing €30 worth of plastic cups. The credit notes could then be used to redeem a slab of beer or other items.

Shop owner Colm O'Sullivan was asked to stop the practice by the HSE, but he claimed he was not breaking the law, as the Public Health Alcohol Act 2018 does not explicitly prohibit offers which include credit notes. However, the HSE's request to cease the offer was on the basis that it was contrary to "the spirit of the law"; that is, that it undermined the overarching public health aim of minimum alcohol pricing laws.

From RTÉ Radio 1's Liveline, Colm O'Sullivan discusses his way to boost alcohol sales in his supermarket, but other callers question his methods

You may be asking yourself "surely the law, as written, is the law?" Not quite. There will always be a tension between what a law stipulates abstractly in language, and what that state of affairs brings about in the world around us. That is, that which is written, the letter, sometimes might not accord with that which is intended, the spirit.

We know intuitively that law is an abstract, man-made artefact used to establish order in a society. It is a written medium applied in and to the world around us. This necessarily produces a complex dilemma: how do we use the written word to mediate what happens in the real world? In order for a law to be understood (and/or followed), it must first be interpreted. This can sometimes be a tricky endeavour, particularly where there is a lack of certainty or some degree of ambiguity in the words used to convey a rule.

One of the enduring debates in legal scholarship addresses this very issue. In their debate on the relationship between law and morality in 1958, legal philosophers H.L.A. Hart and Lon L Fuller examined the application and interpretation of an unclear law; querying whether the law should be applied according to its letter or spirit.

We apply the law according to the letter

Hart’s theory of interpretation is premised on the notion that we intuitively understand the intended meaning of words. All utterances have a "core" of meaning. In the vast majority of cases, legal propositions can be settled by our commonly shared assumptions. To provide an example of this, Hart suggested we consider a rule which simply says "no vehicles in the park". Applying our common understanding of the word "vehicle", we intuitively understand that cars, lorries, motorbikes, for example, are not allowed. Thus, the plain meaning of the legal rule determines the application of the rule itself. We apply the law according to the letter.

Fuller, on the other hand, subscribed to the notion that questions of meaning are always mediated by application or "use". He asserted that we must always consider the purpose the rule was enacted to fulfil, irrespective of whether the wording of the rule is easily applicable. For Fuller, it is more important to consider the spirit of the law, rather than focusing on singular words in a statutory text. Thus, it is not the meaning of the word "vehicle", but the context to which the rule is applied, that determines the outcome.

This is where the rubber hits the road, in terms of the inbuilt tension between applying the meaning of a statute on its own terms, and its meaning relative to the purpose it is enacted to achieve. Let’s return to "no vehicles" example above. Hart proposes that where we have no statutory definition of "vehicle", or other statutory detail to that effect, we can decide that cars, for example, are clearly banned under the rule as "car" captures exactly what we expect when we encounter the word "vehicle".

As a counter to Hart’s claim, Fuller proposed a scenario in which a decommissioned military vehicle - like a truck - is brought to a park as part of a parade. This would be ruled out under Hart’s claim that we apply rules on the basis of our common understanding of words – a truck is a vehicle, it cannot be allowed.

For Hart, it is in borderline cases that we run into difficulty. Where we are faced with an outlier case like the decommissioned truck, we simply allow the decision maker to use their discretion in deciding whether to ban such a "vehicle". The decision-maker assumes the role of rule-maker and acts according to the desired outcome.

Fuller recommends considering the outcome before making decisions on the basis of words alone. So, why was the rule enacted? Maybe to enhance people’s enjoyment of a green space. Clearly, allowing cars with their noise, emissions and errant driving into a park would inhibit this, whereas a decommissioned truck would pose no threat to such, and in fact might enrich the enjoyment of the space in the context of the proposed parade. Thus, we should merely consider the wording of the statute according to its spirit, or the purpose behind the rule: allowing this vehicle in does not inhibit the aim the rule was enacted to achieve.

From RTÉ Radio 1's Today With Claire Byrne, Brian O'Connell asks if Irish roads are safe for electric scooters now that the Government are preparing legislation

As a contemporary illustration of the point, consider the unclear legal status (still ongoing) of some electric scooters. We might not regard these as vehicles in the common sense of the word, as they are not large automobiles and do not run on petro-chemicals. However, the Road Traffic Act 1961 employs the broadly defined term "mechanically propelled vehicle", to regulate automobiles. Thus, according to the letter of the law, these are vehicles and so would be banned under our "no vehicles in the park" rule.

But what about a consideration of the context? Should we consider the type of vehicle that is intended under the rule in abstraction from our understanding of the word, or any definition of such, before making our decision? Electric scooters, for example, are noiseless, have an inbuilt speed limiter, and do not produce noxious emissions.

If the letter of the law allows for straightforward, uncontroversial application, all is well

It is often where there is an unsatisfactory outcome arising out the vagaries of language - where we encounter difficulty in application and decision making - that we consider the spirit of the law. Introducing minimum prices for a unit of alcohol is an attempt to support public health policy. A clever interpretation of the language of a statute might detract from the overarching public health concern the statute is enacted to achieve. Likewise, categorising certain electric modes of transport as "vehicles" according to our common understanding of the term, might undermine a variety of unforeseeable environmental and traffic-management goals.

So it lies with tricky loop-holes regarding promotions on the sale of alcohol and the classification of e-scooters. A plain reading of the law as it stands might allow for what seem to be counter-intuitive states of affair, or indeed prohibit what seems a common sense issue. The bottom line is that decision makers employ these modes of application in order to arrive at the correct, all-things-considered result. If the letter allows for straightforward, uncontroversial application, all is well. If not, the spirit giveth life. 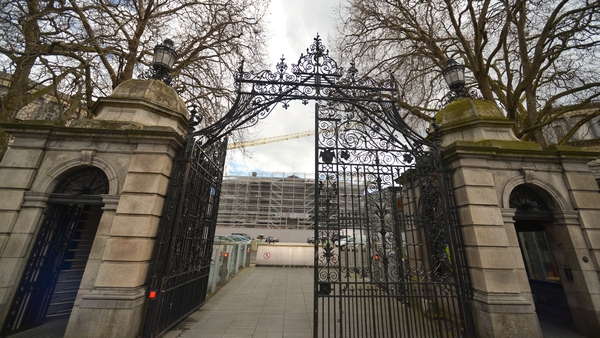 Making laws in Ireland after Brexit