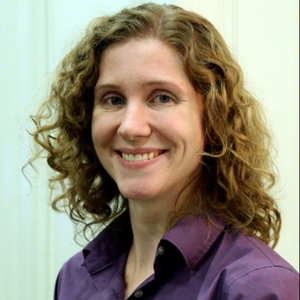 Analysis: the Austrian scientist was the woman who discovered nuclear fission, but refused to work on the atomic bomb

She discovered nuclear fission, but refused to work on the atomic bomb. She was left off the Nobel Prize list, which was awarded solely to her male collaborator, and even figured out the mechanism for fission while fleeing Nazi Germany. Albert Einstein called her the German Marie Curie. So who's Lise Meitner and why haven’t you heard of her?

Born in Vienna to a Jewish family in 1878, Meitner grew up wanting to study science and mathematics. But when she completed her schooling, women weren’t allowed to attend university, so she found work as a teacher. She was finally allowed to enrol in the University of Vienna in 1901, becoming the second woman ever to earn a PhD in physics there.

Meitner then moved to Berlin, where she joined the radioactivity laboratory at Friedrich Wilhelm University, studying the energy and matter released by atomic nuclei. It was there that she met Otto Hahn, and began a collaboration focused on radioactive isotopes and the nature of radiation. During the First World War, they discovered the new element protactinium, with Meitner doing nearly all of the experimental work because the men in the lab had been called to the front lines. She went from working without payment to becoming the first female physics professor in Germany.

However, the rise to power of Nazism in Germany cast a shadow over her prospects. In 1933 when the Nazi party first rose to power, Meitner was assured that her position was safe because she held an Austrian passport. But her nephew Otto Frisch lost his position in Berlin and had to move to England to continue his scientific work. Another colleague, Fritz Strassmann, resigned his position rather than join the Nazi party, and Meitner convinced Hahn to hire him as an assistant.

Meitner also persuaded Hahn to investigate heavier elements by firing neutrons at them and seeing what happened, leading to fruitful new ideas about radioactivity. Meitner and Frisch devised experiments which Hahn and Strassman could carry out in their chemical laboratory, with Meitner then running calculations and proposing new forms of radioactive decay based on the results.

Everything changed for Meitner with the annexation of Austria by Germany in 1938, which made her Austrian passport meaningless. Her Jewish heritage put her at risk, and she had to flee Germany, aided by scientific colleagues who helped get her to Sweden. She would spend much of the rest of her life there, and her name was dropped from research papers she had worked on which were published after her flight from Germany.

Meanwhile, Hahn and Strassman had new data that they sent to Meitner and submitted for publication, showing that uranium bombarded with neutrons seemed to have turned into barium, which they didn’t understand. Meitner realised that the uranium nucleus must have split nearly down the middle, which no one knew it could do, into barium and krypton. Meitner and Frisch devised a check for this hypothesis – an experiment Frisch carried out – and then submitted their own paper for publication. Both papers came out in early 1939, months before the outbreak of the Second World War.

During the war, Meitner continued her work in Sweden, which stayed neutral. When the Manhattan Project, the Allies’ attempt to build a weapon based on nuclear fission, tried to recruit Meitner, she refused to join, saying "I will have nothing to do with a bomb!" But in Germany, Hahn joined the German nuclear weapons programme, and was arrested in 1945 after the fall of the Nazi regime. While still under arrest, he learned that he had been awarded the Nobel Prize in Chemistry for the discovery of nuclear fission.

Why was Meitner excluded from the prize? The answer, we now know, was bias – not only against her gender and religious background, but also against theoretical work than spanned multiple disciplines. The political situation she lived through, as well as her ethical backbone in refusing to participate in the Manhattan Project may have further obscured her scientific contributions, though she was nominated many times for the Nobel Prize – which she never won.

Meitner even regretted staying in Germany for the years she did after the rise of the Nazis, and sent a letter to Hahn accusing him of complicity: "You all worked for Nazi Germany. And you did not even try passive resistance. Granted, to absolve your conscience you helped some oppressed person here and there, but millions of innocent human beings were murdered and there was no protest."

After a lifetime of work understanding radioactivity and the atom, Meitner died in 1968 and was buried in the village of Bramley, UK, where she had retired. Her epitaph, written by her nephew and collaborator Otto Frisch, summarizes her legacy well: "Lise Meitner: a physicist who never lost her humanity."

Dr Jessamyn Fairfield is a lecturer in physics at NUI Galway. She is an Irish Research Council awardee