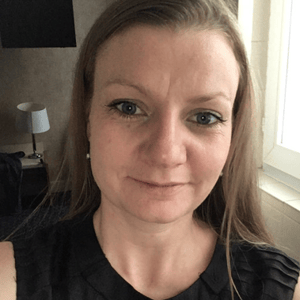 Analysis: the Polish scientist, who was born 154 years ago this week, was a pioneering trailblazer in many different ways

Maria Salomea Sklodowska was born on November 7th 1867 in Warsaw, Poland. The world that this baby girl was born into was rife with socio-political struggle in her home country against the despotic ruling Russian Tsarist regime. Although women were not then allowed to enter university at the time in Poland, Sklodowska came from a family of independent women and a "country in which women were often outspoken and independent".

Her older sister Bronislawa moved to France to study medicine and was supported financially by Marie at the time, who was working as a teacher in Poland. The deal between the sisters, well known to many migrants, was that Bronislawa would then welcome Marie to France and assist her financially with her studies when she was in a position to do so. Marie moved to France and studied at the Sorbonne University in Paris, where she was the first woman to study physical and mathematical sciences in the University. It was here that she met her future colleague and husband Pierre Curie, a professor in the School of Physics.

From TED-Ed, Shohini Ghose talks about some of Marie Curie's most revolutionary discoveries

Marie Curie was a pioneering trailblazer, not only in the fields of chemistry and physics, but as a woman seeking an education in science in late 19th century Europe. When she moved to France in 1891, women still could not spend their own earnings without their husband's permission. Women’s entry to academia was considered controversial at that time, demonstrated by the opposition and harassment which Jeanne Chauvin faced when defending her law dissertation in public.

However, Marie Curie was so intent on fitting into this male world that she preferred not to dwell on just how unusual she was. "I have frequently been questioned, especially by women, of how I could reconcile family life with a scientific career", she said. "Well, it has not been easy."

Curie is renowned for discovering the elements polonium (named after Poland) and radium (name derived from the Latin word 'radius' meaning ray) with her husband Pierre. She was the first person to receive two Nobel Prizes ever, although came close to not receiving the first in 1903 because she was a woman. Her gender, the socio-political barriers in her home country and societal barriers as a migrant in France meant "the odds were always stacked against her".

Trailer for Radioactive, Marjane Satrapi's film on the life and work of Marie Curie starring Rosamund Pike and Sam Riley

One of the reasons Ève Curie wrote her mother's biography (Madame Curie- A Biography) was to 'get it right’ in publishing a portrayal of her mother who was dedicated, hardworking, generous and "often didn’t get the credit she deserved." Susan Quinn also notes this phenomenon in her biography of Curie. Indeed, this issue of women scientists not receiving the credit they are owed is a legacy that continues to this day.

After co-discovering radium in 1898, Curie decided later not to make personal profit from its production. "Radium is an element, it belongs to the people." During the first World War, Curie provided medical aid, in the form of x-ray machines. By the end of the war, it was estimated that Curie's equipment may have saved the lives of more than one million soldiers.

According to a BBC poll, Curie was the woman who had the most significant impact on world history, ahead of feminist political activists, novelists and monarchs. Books and accounts, perhaps reflecting society’s curiosity and awe, are written about her life, including an informative children’s book, which I regularly read to my own daughter.

One notable impact of Curie is her commemoration with the European Union’s flagship fellowship programme for researcher mobility, the Marie Sklodowska Curie Actions. This programme resonates with the sentiment one of Curie’s best known quotes: "you cannot hope to build a better world without improving the individuals. To that end, each of us must work for our own improvement."

Dr Yvonne Halpin, head of the Irish Marie Sklodowska Curie Office, says the programme is considered "a vital funding source for enabling a diverse and thriving research and innovation community in Ireland. Ireland's excellent performance is further evidenced by the fact that the average national success rates in MSCA calls most often exceed the European average."

This fellowship programme is currently funding a project called GendeResearchIreland in UCC's Institute for Social Science in the 21st Century (ISS21). The study seeks to examine how institutional partners are working to address gender inequalities in Irish universities with the Athena SWAN Charter. Findings suggest a dissonance between the policy implementation process and the reality of those key partners in embedding the Charter ethos and actions. Researching such a topic, funded by a European programme named after the most trailblazing woman in science, seems like such an ordered synchronicity, of which Curie may be proud.

Dr Monica O'Mullane is an EC funded Marie Sklodowska-Curie research fellow at the Institute for Social Science in the 21st Century (ISS21) at UCC.