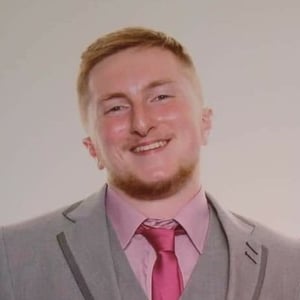 Opinion: what makes the Irish witness protection scheme stand out is that there is no legislation governing the programme itself

Most people are generally unaware that an Irish Witness Security Programme even exists. For many, our only knowledge of witness protection stems from watching US crime dramas from the sanctuary of our own homes. Yet, witness protection is not some fanciful, far-removed concept of policing and it is prevalent in almost every jurisdiction, including this one.

However, what makes Ireland stand out is the fact that there is no legislation governing the programme itself. In fact, the only known tangible piece of material governing its operation lies firmly embedded in a confidential Garda circular. This lack of formalisation is due both to the programme's history, as well as to the belief that it is to the apparent benefit of the programme to run in absolute, self-governed incognito.

The birth of witness protection programmes

Modern-day witness protection draws its heritage from the late 1960s and 1970s and America’s attempts to combat the powerful Italian Mafia and its inviolable code of 'Omertà’ (‘honour through silence’). The US Federal WITSEC Protection Programme, considered by many today as the shining example of modern-day witness protection, was originally developed to combat these powerful and tightly knit criminal enterprises.

From RTÉ News in 2014, court rules witness protection case must be heard in-camera

Fast forward two decades and Ireland found itself similarly besieged with serious crime, emanating both from the Troubles and the booming drug trade. The infamous 1996 murder of investigative journalist Veronica Guerin provided the catalyst for the hasty inception and informal establishment of Ireland’s answer to WITSEC, the Irish Witness Security Programme.

Like the US scheme, the current programme often involves the affordance of State police protection, impunity from prosecution, transport to a new locality, provision of a new identity, and other incentivised perks (e.g. wage subsidies etc.) to any bystander/accomplice willing to testify against the accused(s), someone who is often a former compatriot.

In the aftermath of the Guerin killing, following one of the largest investigations in the history of this state, several prosecutions were brought against alleged members of an organised criminal gang, namely John Gilligan, Paul Ward, Brian Meehan and Patrick Holland. All of these cases contained an intrinsic link, the testimony of the pioneer state-protected witness, Charles Bowden.

From RTÉ 2fm in 2012, crime journalist Paul Collins speaks about how the Collins family from Limerick have been forced into witness protection

Bowden was a self-admitted accomplice to the killing of Guerin. The Special Criminal Court would later acknowledge that Bowden was ‘a deeply self-avaricious character’, someone who would lie openly under oath without hesitation. Bowden’s motivation for testifying was powerful and clearly incentivised by personal gain, including the promise of ‘clemency and largesse’ to be afforded to him through the Security Scheme.

All four of these judgements (including their subsequent appeals) make specific reference to the worrisome lack of any information regarding the operation and management of the Witness Security Programme. Justice McCracken warned that the programme was badly thought-out and ‘one of the most worrying features is that there never seems to have actually been a programme’.

Rather starkly, the trial court refused to accept the testimony of two other state-witnesses during the Gilligan trial, on account of the fact that monies had been inappropriately returned to the family members of these witnesses by investigating Gardaí. These monies which were deemed as being most likely derived from the proceeds of crime. Added to this was the fact that several interviews involving the said witnesses were either missing or unrecorded. Susan Denham, former Chief Justice of the Supreme Court, even forewarned that the disarray of the Witness Security Programme could inevitably prove fatal to a case, resulting in a dangerous individual benefitting from the fall of a precariously balanced house of cards.

Why is there no legislation governing the scheme?

There have been previous failed attempts to pass legislation formalising the Witness Security Programme here in Ireland. Notably, the major opponent to the bill on these occasions was the Commissioner of An Garda Síochána at the time.

In 2007, Sean Power, the former Minister of State for Equality at the Department of Justice, Equality and Law Reform, noted that the government was advised by the Commissioner against the implementation of such a formalised system, citing the importance of maintaining the effectiveness of the programme and its broad importance in preserving national security.

This contrasts with comments made by the former Director of Public Prosecutions, James Hamilton, in 2009, who stated that the current programme was of "limited use". Indeed, it is at best arguable whether the current programme was ever truly effective when tested during the Guerin case, considering that only one alleged participant was ever successfully convicted of involvement in her murder, namely, Brian Meehan.

Hence, when we look at the Witness Security Programme here in Ireland, we are faced with a system almost entirely self-governed by the Gardaí, a system which lacks any statutory formalisation or any form of public accountability. From an accused person’s perspective, he/she is faced with the bleak prospect of an often jury-less trial, combined with challenging the evidence of a well-informed and highly motivated former-accomplice, someone who possesses innate knowledge of both the criminal enterprise and the evidence recovered by the State. Moreover, this lack of formality has pronounced adverse effects for the enforcement of participant witnesses’ rights.

Ultimately, we have learned on this island through the lessons of history that national security is also of national public interest. No policy should ever be deemed so secretive in an open and democratic society as to avoid some measure of scrutiny and approach.

The author of this article has no contact with protectees or any information regarding their location and is solely an independent higher-education researcher specialising in this area of law.

Aaron Harte-Hughes is a PhD candidate and teacher in Law and Criminology at the Department of Law at Maynooth University.