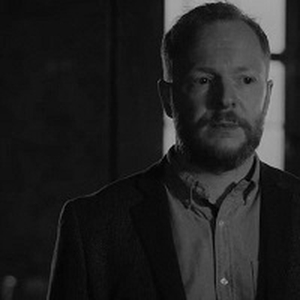 Analysis: Afghanistan is the world's largest source of illicit opium, the primary ingredient in heroin

Shortly after seizing control of Afghanistan earlier this week, a Taliban news conference announced a ban on the cultivation and trade in opium. "There will be no drug production, no drug smuggling. We saw today that our young people were on drugs near the walls; this was making me very, very sad that our youth are addicted … Afghanistan will not be a country of cultivation of opium anymore, but we need international help for that. The international community needs to help us."

However, there's no certainty that such a ban will be implemented, especially as it entails significant economic and political risks for the new regime. But when the Taliban were last in power, they did reduce the area under opium cultivation by around 91%. They also asked then, as now, for international assistance to provide farmers with alternative sources of income.

Afghanistan is the world's largest source of illicit opium, which is the primary ingredient in heroin. As all of Ireland’s heroin originates in the opium fields of Afghanistan, what's the potential impact of a ban on Ireland? A UNODC study found that an Taliban opium ban in 2000 had a greater impact on neighbouring countries (Iran and Pakistan) than western Europe. Many traffickers will have stockpiled heroin and, as European markets are typically more profitably, they may divert their product from less lucrative markets. This would lessen the impact of a ban on Europe, for a time. If the ban persisted and shrank global stocks, Ireland could experience a heroin drought.

The current global drug market is, however, very different to when the Taliban were last in power. Of importance is the growing consumption and trade of synthetic opioids, such as fentanyl, a drug which is 25 to 50 times stronger than heroin and which has contributed to a massive upsurge in overdose deaths across North America. There is currently minimal fentanyl consumption in Ireland and heroin continues to dominate the opioid market, but this could change.

The North American opioid epidemic has been identified by commentators as supply-led. That is, it has been driven by a growth in opioid manufacturing in China and the development of online drug markets. The shift from heroin to synthetics also follows a historical pattern. In the early-20th century prepared opium was gradually replaced with heroin in almost all countries. More potent and less bulky than opium, heroin was easier to smuggle.

From RTÉ Radio 1's Drivetime, David Mansfield on his book A State Built on Sand: How Opium Undermined Afghanistan and the role of cheap solar panel in revolutionisimg the heroin industry

Synthetic opioids are even less bulky and more potent. They suit the increased sale of drugs online, and promise more straightforward logistics as they can be purchased directly from manufacturers. Synthetic opioids are also cheaper for consumers and dealers. Researchers from RAND estimated that heroin from Mexican opium was 'at least 100 times more expensive than fentanyl’ at import.

Regardless of Taliban policy, Afghan traffickers may have chosen to follow paths already trod by their counterparts in Burma and Mexico. Many of whom stopped buying opium from farmers and manufactured synthetic opioids instead. The Taliban may have read the writing on the wall.

The Taliban ban may fizzle out when the new regime realises that removing so many farmers' primary source of income could destabilise the country even further, by pushing opium farming communities into the hands of opposing forces. This outcome has been witnessed in several countries, including China, where the repressive eradication of opium contributed to the end of Qing rule and state fragmentation.

From Al Jazeera English in 2018, how opium production in Afghanistan has been on the rise since the US invasion in 2001.

It is, however, best to plan for the arrival of synthetic opioids in Ireland. It will happen at some point in the near future, regardless of whether the Taliban is willing and able to suppress opium. Law enforcement has traditionally focused on the interdiction of large drug shipments entering national borders, often by boat or truck, or smaller packages through airports.

But synthetic opioids are often smuggled in small packages through the mail. As the quantity of licit goods purchased online increases, it’s becoming even more difficult to check what’s entering Ireland through the post. Interdiction of synthetic drugs presents a significant challenge, which requires much flexibility and interagency cooperation, including capacity for investigating online drug distribution.

Harm reduction and drug treatment need further funding, whether we witnessed a drought or switch to synthetic opioids, or some combination of the two. In 2001, Australia and Iran both witnessed heroin droughts. There were some positive outcomes in Australia, including reductions in overdose, intravenous drug use, heroin related fatalities and initiation into heroin use. However, heroin related deaths increased in Iran. These two droughts had different outcomes because Australia had funded extensive harm reduction and treatment services, while Iranian services were insufficient.

The lesson here is that Ireland must prepare for shortages by improving treatment and harm reduction provision. How to tackle increased synthetic opioid use may be trickier. Both scenarios need supervised injecting facilities (and not just in Dublin please), improved access to naloxone (a drug which can prevent death from overdose) and increased investment in treatment services. Those who are addicted to opioids need counselling but they also need access to education, employment and housing. Finally, the most effective long-term intervention requires tackling the foundations of problematic drug consumption: namely economic inequality and social exclusion.

Dr James Windle is a lecturer in Criminology and Director of the BA Criminology Degree at UCC.