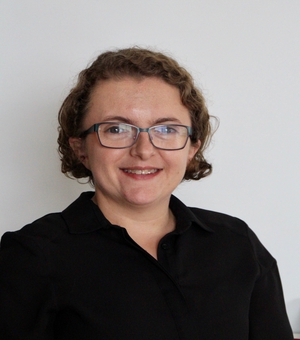 Opinion: guardianship systems where adults lose the right to make decisions about all areas of their lives have huge human rights implications

There has been much coverage of Britney Spears' conservatorship over recent weeks. But just what is a conservatorship? Do they just impact the rich and famous? What are the human rights' implications - and are there alteratives?

A conservatorship is a form of guardianship or substitute decision making and is a legal mechanism which strips adults of their legal capacity or right to make decisions with legal consequences. These systems, which are replicated worldwide under a variety of titles and legal structures, originate from the need for legal mechanism to manage someone's finances and personal affairs when they were perceived as incapable.

But in Spears' testimony, she highlighted how conservatorships can actually impact all areas of life. California has both general (full) and limited conservatorships and Spears has been under one for the last 13 years. Despite what the name might suggest, a limited conservatorship allows the conservator to ask for the power to control where the individual lives; access all records related to the individual; make choices regarding education or vocational training; restrict their contracting power; consent to medical treatment; control social and sexual contacts and relationships; and manage all financial affairs.

Spears is one of the few who ever gets the opportunity to testify about their experience. Many are placed under guardianship on the basis of written evidence and without ever appearing in court. A person is traditionally placed under guardianship based on a test of their mental capacity or decision making ability. These tests are typically based on a judgment of a person’s ability to understand information, to assess all the consequences of a decision or whether the decision they make is perceived as a 'good decision’.

Most of us will remember a time where we didn’t think through all the consequences before we made a decision or when those close to us didn’t understand or agree with a decision we made. But we were not placed under guardianship as a result. This is because people with intellectual disabilities, dementia, acquired brain injury, or mental health diagnoses are far more likely to be viewed as incapable of understanding or likely to make poor decisions.

In Ireland our adult guardianship system is known as wardship and governed by the Lunacy Regulation (Ireland) Act 1871. This antiquated system allows adults to be made a ward of court and for the court, or the court appointed Committee of the Ward, to make all their decisions. Typically known as a mechanism for managing large awards of damages or inheritances, it is used for much more in reality and has far reaching consequences.

Wards cannot make decisions about any area of life including medical treatment, finances even small amounts such as buying clothes or marriage. While many believe that the systems protect people from financial exploitation or abuse, testimonies and campaigns have highlighted that substitute decision making mechanisms are inherently oppressive and exploitative.

From RTÉ Radio 1's Drivetime, Claire Hendrick on her experience of being a ward of court and Áine Flynn from the Decision Support Service on why the system needs to change

They are also notoriously difficult to get out of. For example, people under guardianship may not have the legal powers required to employ a lawyer. In Spears' case, her court appointed lawyer stepped down last week and it is likely the court will again appoint a replacement without any input from the woman herself.

Such issues are recognised in international human rights law under Article 12 of the UN Convention on the Rights of Persons with Disabilities. This states that disabled people have the right to make legally binding decisions on an equal basis with others regardless of their perceived decision making ability. It further recognises that some people may want to use support to make decisions and places an obligation on states to move away from substitute decision making mechanisms to supported decision making.

Countries around the world are beginning to recognise this issue and law reform efforts are ongoing. In 2015 Ireland enacted the Assisted Decision Making (Capacity) Act which provides for the end of wardship and more supported decision making options based on will and preferences. It is not fully human rights compliant however, as it retains an option to appoint a third party – a decision making representative – to make decisions for a person who lacks capacity and has not been fully commenced. Costa Rica, Peru and Columbia have also updated their laws to remove guardianship options following campaigns by the disability movement. Many organisations and groups have had great success with supported decision making pilot programmes.

But millions of people worldwide remain subject to these systems and few get the coverage that the #FreeBriteny case has. Think about how you make decisions and how it made you feel if these were not been respected. Use this to challenge your biases about disabled people and talk to others about the issue because even small acts can support change.

Clíona de Bhailís is a PhD candidate at the Centre for Disability Law and Policy at NUI Galway. She is an Irish Research Council awardee